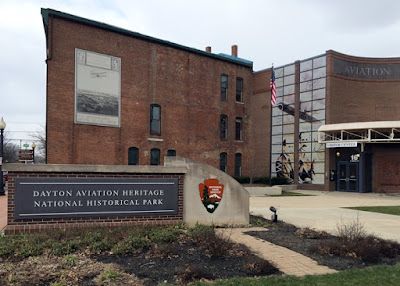 Residing in the Five Points neighborhood, this historical park may never have taken flight if it weren't for the efforts of math teacher/county employee Jerry Sharkey.  As noted in this Dayton Daily News article, Sharkey personally purchased the building that housed a Wright Brothers-owned bicycle shop left in town in a neighborhood that had been targeted for demolition years earlier.  His efforts, despite some local opposition, resulted in the creation of the Aviation Trail, an organization dedicated to promoting the aviation heritage in the city and surrounding areas, as well as the historical park, which George H.W. Bush signed into law in 1992. 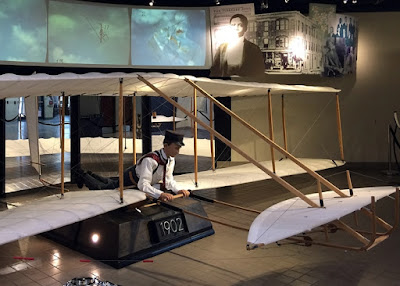 Run by the National Park Service, the historical park was nicely quiet during our weekday visit.  As one might expect, the history of the Wright Brothers is explored in great detail.  A short movie detailing the flight was available for viewing, and numerous informational displays can be found, including several interactive ones that allow the visitor to test various aspects of the Wright machinery and as well as concepts involved with flight. 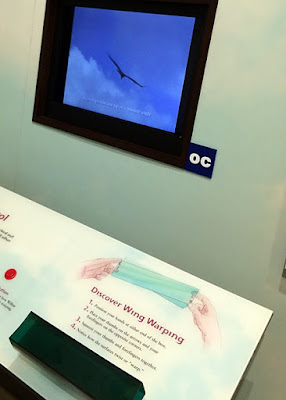 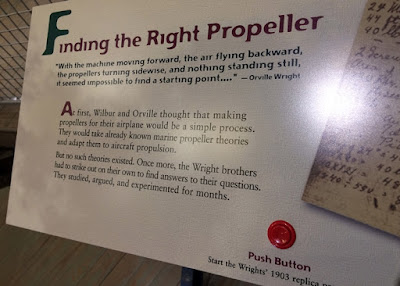 The Wright Brothers also were heavily into the printing business, churning out numerous locally-oriented papers and pamphlets, and a rendition of one of their Dayton print shops was also available for viewing.

As we found out, however, the Historical Park was much more than just the Wright Brothers. The facility also contains the house of noted poet and author Paul Laurence Dunbar. The Dunbar house was not open for direct touring on the day we visited, but the main building holds several displays the poet, who graduated in the same high school class as Orville Wright and was good friends with the Wrights in general. 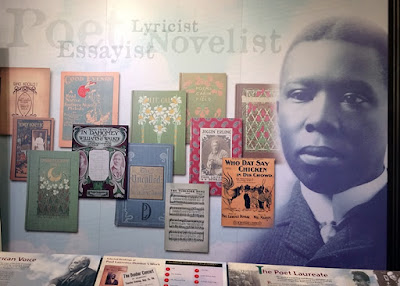 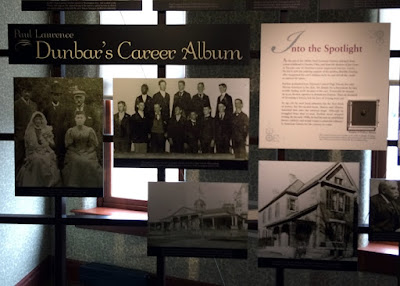 Lest you think that's all available here, the Heritage Park also hosts a little section dedicated to Dayton city history, a mock-up of one of the neighborhood's original grocery stores, as well as a fun little dip into the world of parachutes with the Aviation Trail Parachute Museum, which also has its share of interactive exhibits. 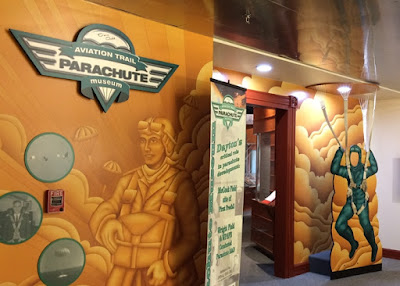 The park also contains the very same Wright Brothers bicycle shop that Jerry Sharkey himself had purchased to preserve it from destruction. The third of four such shops for the Wrights (two others were demolished and another was transported to Greenfield Village in Michigan), the park ranger who escorted us into the building noted that it was where the Wrights came up with and manufactured the parts for their famed flyer.

While there is no record of how the shop actually looked like while in operation, the building does sport era-appropriate equipment and furnishings, as well as a mockup of the Wright Brothers most famous bicycle in the "Van Cleve." 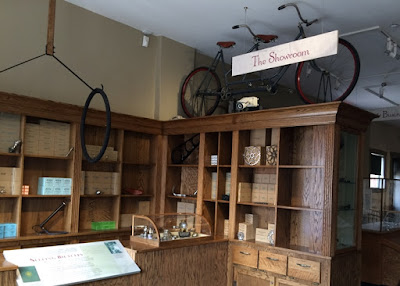 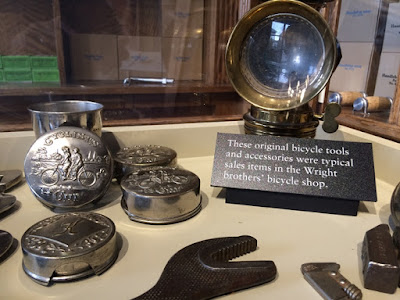 After our visit to the park, we dropped by Dayton's oldest neighborhood in the Oregon District for a cold beer or two and our first visit at Toxic Brew Company. 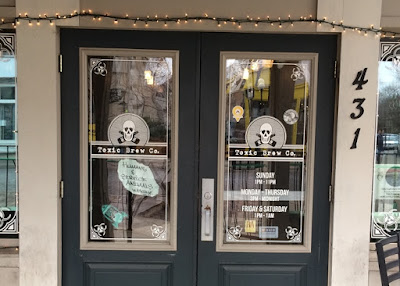 Opened to the public in 2013 by owner/brewmaster Shane Juhl, Toxic broke a more than half-century active brewery drought in Dayton. As one might imagine, the response was tremendous at the start and really hasn't abated. As it turns out, they have led a life much like Clintonville's Lineage Brewing, in that most of the beer they brewed was being consumed at the brewery. 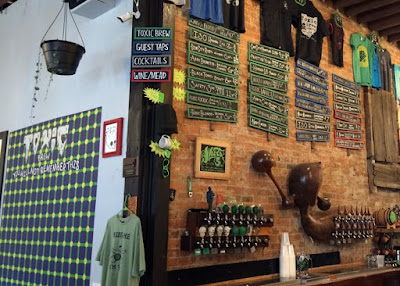 Housed in a historic building that once held a speakeasy and a pawn shop, Toxic's ramshackle but roomy interior (plenty of artwork and Dayton-related paraphernalia on the walls) pair up with an easy-going, casual environment that fits the neighborhood vibe well. A shuffleboard table dominates one wall, while a popcorn machine (Toxic recommends giving their neighboring eateries your business if you need something more substantial food-wise) stands guard next to a window where you can peer at the brewery's 7bbl brewing system. A glossy walnut bar top adds in a nice classy touch if you decide belly up to the bar. 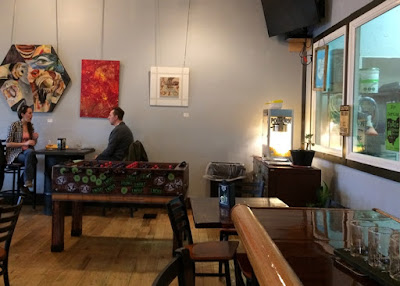 We had heard rumors that Toxic was having problems with keeping their own taps filled from a couple colleagues of ours, but the brewery had a full inventory of their brews as well as guest taps available during our visit. 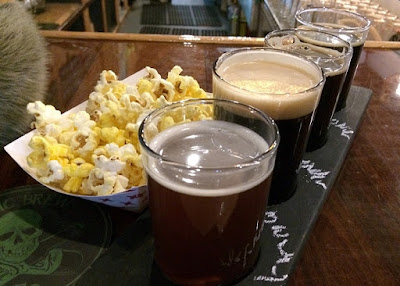 As it turned out, we ended up with a few surprising favorites with our beer flights this evening. Session IPAs often are one-note affairs, but both my spouse and I thought Toxic's Practice Yoga Session was a bit more complex than many; we thought this would be a good lawnmower kind of beer.  My spouse also enjoyed the Double or Nothing, an amped up version of their popular Porn or Pawn Pepper Pale Ale. Despite the higher ABV, the beer captured the flavor of the habanero while keeping the burn at pleasant levels.  For me, the chocolate and coffee notes of their Night Ender Imperial Stout proved to be a winning brew as well.

The future for Toxic Brew's is most definitely a bright one, as a new production facility is under construction just north of Dayton proper. Once operational, the Ohio craft beer scene promises to become a lot more Toxic, in a good way of course.