Planes and Trains by Automobile (Pt 1): National Museum of the US Air Force (Dayton, OH)

Dayton, Ohio has played a large part in the development of aviation, mainly through the work of area residents Orville and Wilbur Wright, who are credited with being the first to invent a successful airplane as well as make a powered, heavier-than-air and sustained flight with such a craft. It thus only seems logical that a museum related to aviation be located near this southwestern Ohio city of just over 140,000 people.

Originating as an endeavor by the for collecting technical artifacts for preservation from Dayton's old McCook Field in the 1920s, what has eventually evolved into the current National Museum of the United States Air Force officially opened to the public in 1954. Its current site, located just outside Wright-Patterson Air Force Base opened in 1971, has become not only one the state of Ohio's largest tourist attractions but also the largest military museum in the world.

Being large in size by default implies there is a lot to be seen, and this museum does not disappoint in that regard with its over 360 air and space vehicles and other related items on display. 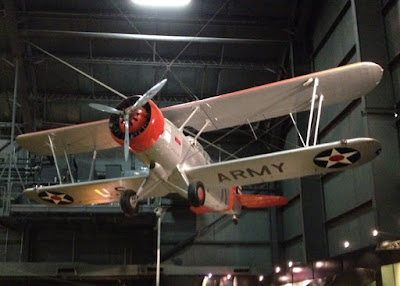 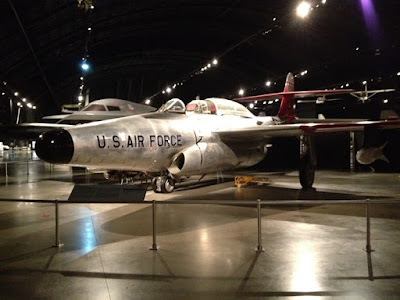 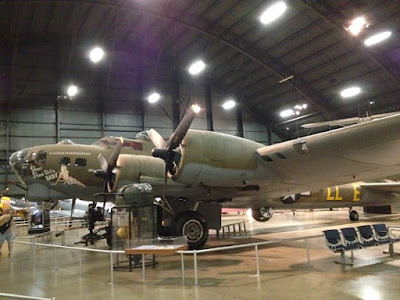 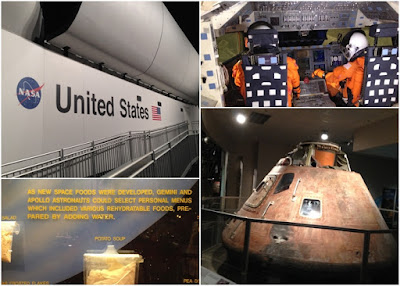 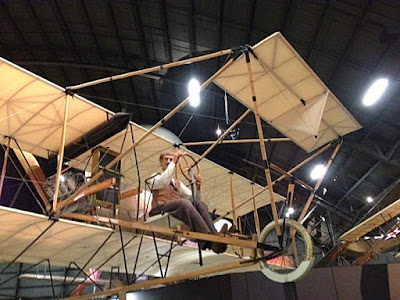 Having visited the museum twice, I have surmised that a visitor's tolerance for staring at all manner of mostly military flying aircraft for a few hours really depends on their enthusiasm for doing such. As someone who is into aviation in general and whose family has military roots, my tolerance level is pretty high, but even I was feeling a bit of mental overload as the hours wore on. Perhaps the best strategy lies in the fact that admission is free to the museum; if you live close enough, you could easily schedule two visits to the museum and concentrate on particular exhibits on each excursion.

While most exhibits are aircraft-oriented, other galleries that break up the viewing routine are available. Many of them are related to aspects of the US Air Force (no surprise there), including various memorials, the origin of the USAF song, and so forth. However, a few exhibits veer more to the general, ranging from the whimsical (a retrospective on actor/comedian Bob Hope's work in entertaining deployed troops throughout the years, and a history of the Bendix Trophy Races, which were used to encourage advancement in aviation) to the weighty (a series of Vietnam War paintings and viewpoints by painter Wilson Hurley and a collection of artifacts and recollections of Dayton-area residents who had personal experience with the Holocaust concentration camps in Nazi Germany during World War II.) 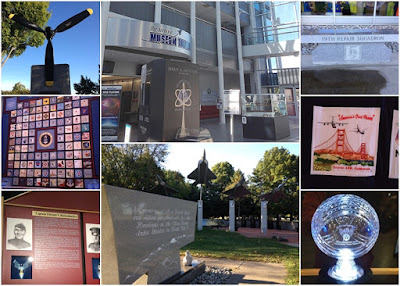 Perhaps my favorite wing lies in the on-base hangar which contains two co-located galleries. The Presidential Gallery contains four aircraft which have served as Air Force One under eight different presidents, and this fact alone attracts individuals to go through the processing needed to visit this exhibit (only 8 shuttle bus trips are available to travel onto the base itself and visit this area; valid picture IDs are required to board.) Indeed, the chance to experience these historic vehicles close up, including the ability to walk through the larger craft and see the interior makeup within, is a pretty special treat.

However, my favorite part of this hangar currently lies in the co-located Research & Development area, where experimental and almost-were aircraft that are tightly packed around the perimeter of the presidential aircraft. Here, you'll see everything from the sleek and supersonic (the XB-70 Valkyrie, whose supersonic bombing capabilities were deemed obsolete when defense strategies shifted toward intercontinental ballistic missiles) to unusual engineering concepts (the X-29 with its forward-swept wings) to the just plain weird (the Avro Canada VZ-9AV Avrocar, which looks like a flying saucer but couldn't fly much higher than three feet off the ground without experiencing severe handling problems.) While docents are available in all areas of the facility, hanging with one here (by default, one is included as a tram escort) is especially helpful in learning the why and the how for these unique flying machines. 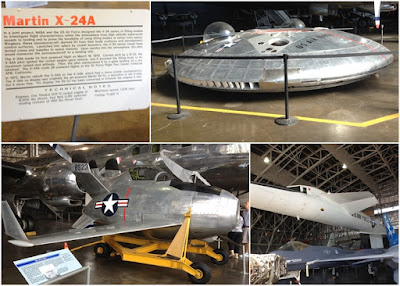 This particularly intimate nature of this setup is set to end soon: come October 1st of this year, this hangar will close permanently for exhibition. However, access to the aircraft within will not be lost to the public: over the next several months, the vehicles will be transported to the newly constructed fourth wing of the existing museum, with the opening date set for June 2016.

Along with the exhibits and galleries, the museum also offers visitors the Valkyrie Cafe, which offers cafeteria-style items at fairly inexpensive prices; an extensive gift shop; various ride and flight simulators; and the Museum Theatre, which sports the largest movie screen in southwest Ohio and the latest 3D technology.

The National Museum of the US Air Force is open 9 AM to 5 PM seven days a week, except on Thanksgiving, Christmas and New Year's Day. Admission is free to the museum, but donations are welcome and appreciated.