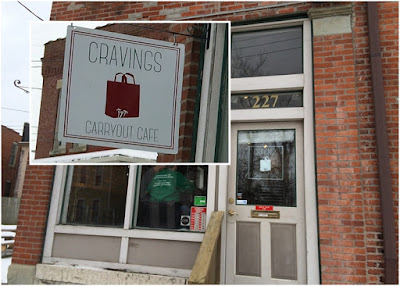 No one likes to see their local regular destination eatery disappear from the scene. A recently broadcast cable TV feature on the former  The Surly Girl Saloon. reminded me of that fact just a few days ago. Their sudden departure from the local scene earlier this year in April was sad for us and the restaurant's regulars, but the impression I got after reading the local media stories was that it was something both inevitable and a bit of a relief for its former owners. Many of us came out to send the Surly Girl off with a fond farewell in its final week of operation.

Other similar closings we have encountered such as Merion Village's Explorers Club and Jobu Ramen have thankfully led to only venue changes; the former has established a well-received food truck and is in the process of setting up a kitchen at Grandview's Zauber Brewing. Meanwhile, the latter has revived their Mashita Noodles food cart and makes regular appearances at places around the area such as the Brewery District's Double Happiness.

Then there are the out-of-the-blue closing announcements that are unexpected and leave both owners and patrons alike bewildered. Such is the case with Italian Village's Cravings Carryout Cafe.

Cravings started off in January 2012 under a different name (Cookie Cravings Bakery) that reflected its very simple concept: specialty decorated cookies. Demand from the friends of cafe owners the Tewangers (Matt, his mom Joan, and his wife Lindsey) for their cookies grew to the point where they quit their regular day jobs and opened up a shop in their uniquely quirky location (as time went on, I visited there often enough to only THINK I knew how to navigate the entrance without a hitch) in Italian Village on East Third Avenue.

From there, things grew both around the bakery's surroundings as well as within the bakery itself. In the surrounding area, food-oriented businesses such as Seventh Son Brewing, Cray Eatery and Drinkery, The Market Italian Village and Fox in the Snow Cafe, amongst others, have made Italian Village a culinary destination within the Columbus metro. For the bakery, the business of continual cookie-making got a little bit old for Matt (formerly of well-known eateries such as The Worthington Inn and The Refectory) and the rest of the Tewangers, and the shop slowly but surely added more savory items to the menu much to customers' delight. In 2014, the bakery re-branded itself to its current nameplate, still offering their cookies but making those a little more of an accompaniment to a focused but diverse menu of both breakfast and lunch items.

In many ways, I imagine Cravings Carryout has reached a beloved status for its surrounding residents similar to what Sassafras Bakery has become for us over time, enough so to bring people from outside the immediate neighborhood. This proved the same for us whenever we would be traveling through the Italian Village neighborhood. The cafe would be a perfect place to pick up a quick cookie snack and an excellent iced coffee (brewed with beans from local roaster Thunderkiss; in fact, the cafe produced a solid business of selling growlers of iced coffee over the months.)

As time went on, their breakfast and lunch savory items became a nice alternative when we were in the area and in the mood for something freshly-made in a very casual setting. Their sweet items have also evolved beyond cookies to things cinnamon rolls and eventually the Bronut, their brioche-based donut that seems to be the logical successor in the best blended-bakery-goods mashup since the now-closed Auddino's and their Doughssant.

Things seemed to be going on business as usual until this August 25th post on their Facebook feed desperately requesting people's help in finding a new location due to the loss of their lease. Even if a place were to emerge immediately, the cafe's last day of business in their Italian Village location would be September 13th. Based on the number of responses to that post with followers' suggestions and general words of support, quite a few people from around the metro would love for the Tewangers to relocate their operations to their particular neck of the woods.

At this time of much uncertainty for the cafe, there are three things I can be certain of at this point. One thing is that the Terwangers are going to do their darndest to get the cafe relocated. Another is that if they're successful in relocating, the neighborhood that they relocate to will be that much the better for landing them.

Lastly, I am certain I am going to make at least one more visit to the cafe to try that vaunted Bronut (which, sadly, I have not have the chance to enjoy yet) along with a Thunderkiss iced coffee. When that happens, I know it will be the start of a very good day.

Hopefully, I will be enjoying another in the future at their new location, wherever that may be...

Currently, the last day of business for Cravings Carryout Cafe at their Italian Village location is scheduled for Sunday, September 13.

09/06/2015 Update - while the Mill Run location of Auddino's Bakery Cafe has closed, the doughssant and other goodies live on at Auddino's original location at 1490 Clara St, Columbus, Ohio. Thanks to everyone who pointed out this (delicious) correction to me.

As far as Cravings Carryout, there is no word yet on a new location, but I did get to sample their Bronut like I intended. This is a definite item on the to-eat-again at their new location, wherever it may be. 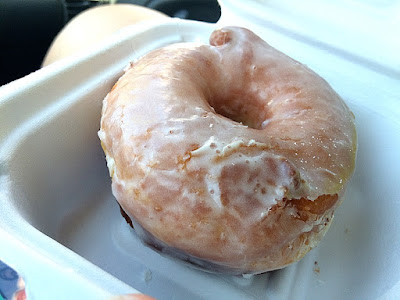