Many of our destinations on our recent trip to Indianapolis ended up near either the Monon or the Cultural Trails. The Monon Trail is not too unlike Columbus’s longer bike trails like the Olentangy or Alum Creek, providing people a chance to bike or run/walk between different parts of the city or different cities altogether.

However, the Indy Cultural Trail was the one that really caught our eye as an eight-mile-long wide connector between some of Indy’s most popular and significant districts and attractions. This trail essentially borrowed a lane from existing roads to create a more-or-less separate but easily accessible route for bicyclists, pedestrians and other non-automobile users to travel between the city's major districts. While we did not ourselves ride it, the sight of numerous folks zooming by on this trail was a constant, and it is something my spouse and I would love to test out next time in town.

As it turned out, Rook (which we wrote about on the last blog post) is right on the trail, as was our “fiber hugs” source in the Mass Ave Knit Shop. 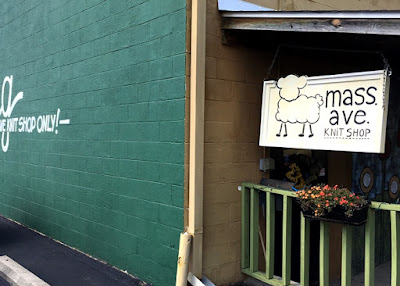 For Columbus knitters, if you took Columbus’s The Yarn Shop on Kenny Road, expanded it, and gave it a bit more of a Clintonville feel, you’d have a pretty good representation of this Indy fiber retailer. As my spouse discovered, there was plenty of stock from all the familiar fiber producers, most of which can be found around Columbus. A fairly large side room contained a fairly large collection of clearance yarns and other products.

We didn't find much in the way of local manufacturers or accessories like needles, but the product swath for each yarn carried seemed to be wider.  With that, we did find some new products, such as this knittedwit.com sock yarns named after US National Parks. 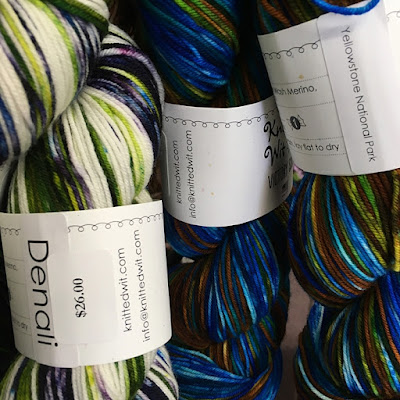 The vibe at Mass Ave is decidedly casual and friendly - the people working here were very meticulous in pointing out where everything was in the store. Even the knitting group in the center of the room seemed to be more than happy to have my wife join them for a little idle chatter and knitting if we had the time. This store is definitely worth a visit if yarn is your thing. 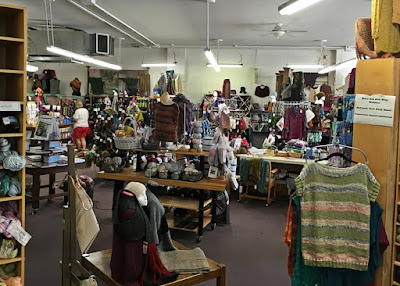 Small pugs and other canines were a common sight at our next destination in Metazoa Brewing, located not too far off the Cultural Trail itself on College Avenue. 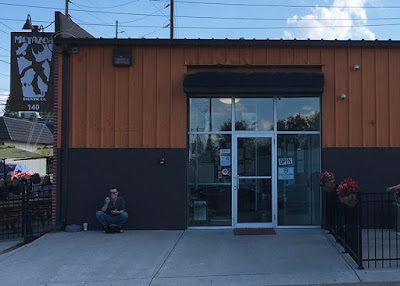 Originally opened up as Sanctuary Brewing by Dave Worthington in April 2016, Metazoa Brewing takes Worthington's love for animals to the next level. Our first indication of this was the animal shaped flight paddles that we spied at the front when ordering our beer. 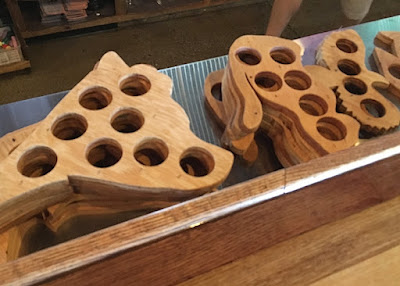 In addition, the brewery's brews sport mostly animal-themed beer names, and the taproom is incredibly pet-friendly (but not kid-friendly: this taproom is a strictly 21-and-over affair for humans.)  To top it off, the brewery donates 5% of its profits to twelve different animal and wildlife organizations, which I am certain this member of the canine contingent who ventured out to the taproom this day was most appreciative of. 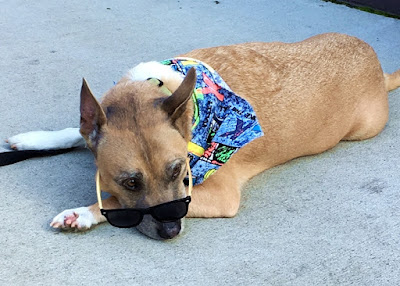 The patio area, dubbed the "Skyline Club", has a very lovely and unique view of the Indianapolis skyline.  The atmosphere in general reminded us of some of our more favorite neighborhood-oriented breweries and taprooms in the Columbus area like Pickerington's Combustion Brewery and Taproom or Clintonville's Lineage Brewing. 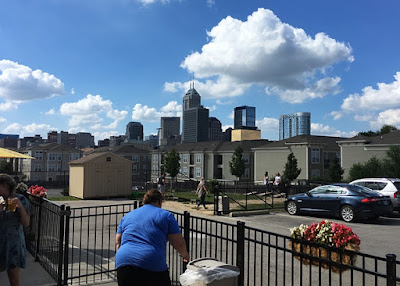 Metazoa has a fairly diverse selection of brews available, including an Australian IPA, a Barleywine, and a Biere de Garde. We had no complaints about our brews - they were all solidly made and brewed to style with no defects of note. And while there no eye-openers in our selections, Metazoa has shown they have the brewing chops - their Jackaroo English Mild Ale took home a silver medal from the North American Brewers Association (NABA) competition this summer, while their Breton Blonde and Klipspringer American-Belgo Style Ale each nabbed silver medals in 2017's Great American Beer Festival. 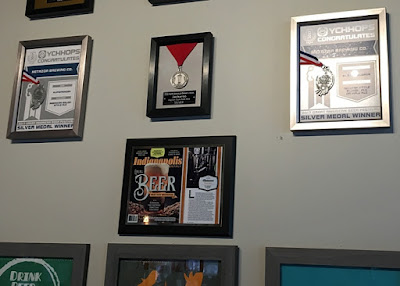 The Nora neighborhood, located in the northeast portion of the Indy metro, leans more affluent - a good equivalent for the Columbus area is Gahanna or the northern reaches of Westerville. It doesn't have the culinary draw of some other portions of the city being somewhat on the chain-heavy side, but locally-based destinations can be found, including the Big Lug Canteen. 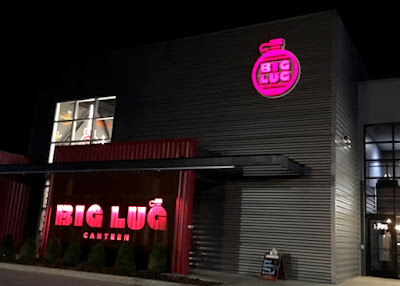 Big Lug Canteen is something of a one-two punch; right next door is their sister restaurant Sahm's Ale House, which is something of equivalent of Columbus-based 101 Beer Kitchen in its pairing up quality selection of beers paired up with more refined takes on pub food favorites. 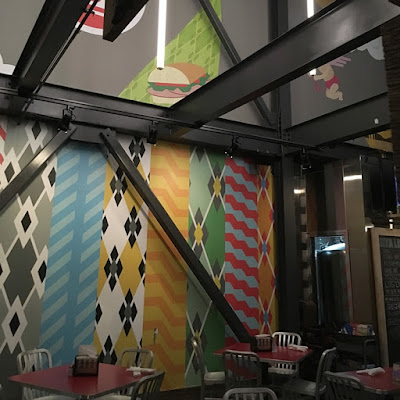 Big Lug, on the other hand, is the more relaxed, fun side of the equation. Engaging color patterns and playful cartoon art (as designed by Indy's CODO Design) dominates the walls, almost making you forget the overhead skeleton of support beams. Art posters add more fun to the element if you happen to grab one of the seating stalls. 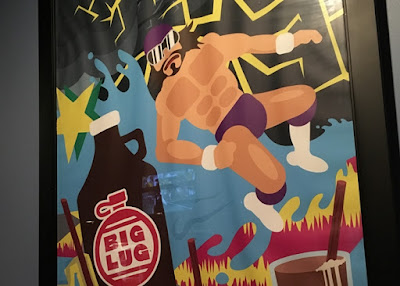 The culinary equation at Big Lug appears to be fun pub takes on a wide range of popular staples (the Bahn Lug, Pepe Po Boy, and Hoosier Milanesa) with in-house brewed beers that won't get in the way of their enjoyment.  Intriguingly, Big Lug gives you the option of half- or slider-sized portions with almost all of their main items. 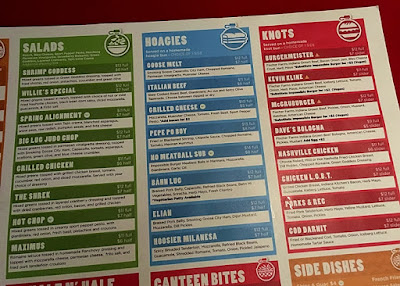 Don't be fooled though - even in going the half-and-half route, the combo works out to a hefty portion and filling meal.  The clear winner for us was the Hoosier Milanesa Slider, a nicely spicy breaded tenderloin, with refried black beans, pickled jalapeños, guac, mozzarella cheese, Romaine lettuce, tomato and onion, but all our other half-portions had something to recommend it. Paired up with those easy-drinking brews, it made for a relaxing, late-night grub experience.