Back when my spouse and I were still officially in our long-distance dating phase, we would talk a lot about local neighborhoods and where ideally we'd like to settle down in, had we the choice. One of the common positive aspects to us were houses that were within easy distance of numerous instances of delicious eats (we also thought it would be a bit dangerous too, as the temptation would always be there to go forgo the kitchen and dine out again and again.)

Even though we've settled down (alas, nowhere near easy walking distance to culinary bliss), discussion on this "dream culinary street corner foursome" concept has continued to this very day, and across numerous categories (breweries, pizzerias, coffee cafes, etc.)  It was only recently, after a particularly long work day, that I figured out that this would make a fun topic for a blog post. 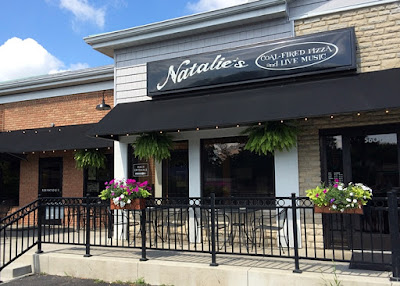 Natalie's Coal Fired Pizza/The Light of The Seven Matchsticks - Worthington's Natalie's was a great sneaky pick. While Natalie's culinary calling card is their delicious pizzas (cooked in a specially made coal-fueled oven), they also sport a weekend brunch service with non-pizza items like a Croque Madame, a Salmon Benedict, and Cinnamon Rolls, with cocktails and craft beer to boot.  And while we probably would feel the need to gussy ourselves up, Natalie's gets bonus points for being one of the best live music venues in the northern part of the metro and housing their The Light of the Seven Matchsticks speakeasy at the same venue. 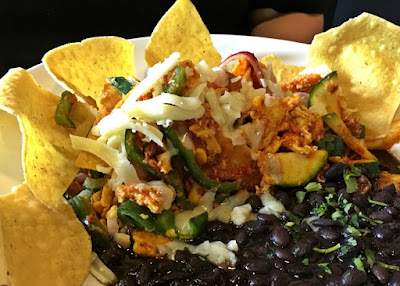 Starliner Diner - Ahh, Chilaquiles! This has been the only breakfast/brunch item my spouse has ordered at this kitschy Hilliard staple, and I can't disagree with her choice. Still, there is much more to recommend this eatery that has settled into its downtown location quite well, from its Cuban French Toast, Huevos Rancheros, and a lunch and dinner menu that has a lot more to explore than one might think. 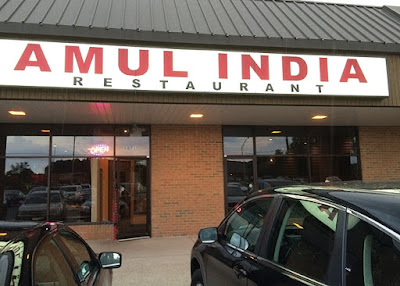 Amul India - This Sawmill-located Indian restaurant's intimate interior makes it a place you can dress up nicely for, but you can rest assured that they'll serve you their delicious Northern Indian dishes whether you're dressed to kill or dressed for serious shopping at the hordes of nearby retail outlets. Amul India also adds to this foursome's overall brunch and lunch option quotient with one of the better buffets in the metro. 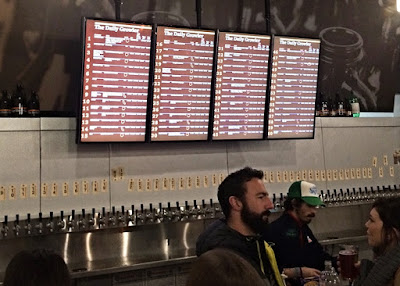 The Daily Growler - a brewery with food was tempting to the Mrs. (Lineage Brewing was a serious contender), but she decided a strictly beer oriented spot was the perfect way to round out her four corner lots. For her, The Daily Growler's original location in Upper Arlington hits the spot perfectly, with 60 diverse taps of both local Ohio and outside-the-state craft beer and soda, a nice amount of space to handle the crowds, and an occasional special event and/or area food truck to add a bit of variety to the mix.

And now, here is yours truly's version of my dream Columbus Culinary Street Corner - Casual edition 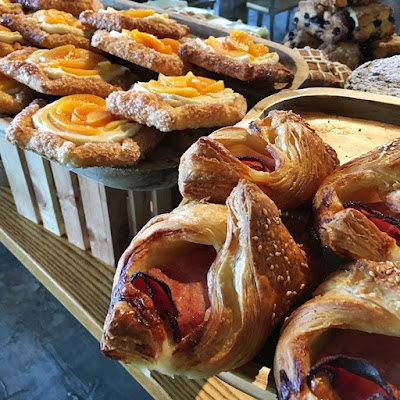 Fox in the Snow - this was by far the most difficult decision for me, as any number of places from Bake Me Happy, Dough Mama, and Sassafras Bakery could've easily landed on one of my corner spots. In the end, it was something relatively simple in the form of this cafe's excellent coffee that tipped the scales in their favor. The Italian Village location remains my favorite of their two cafes in the Columbus metro. 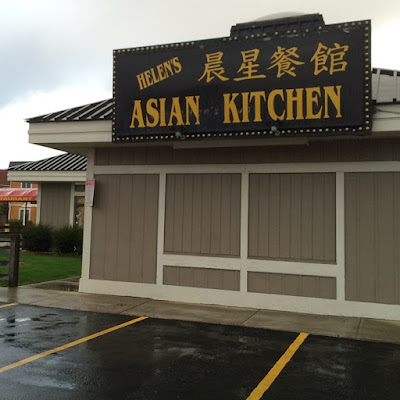 Helen's Asian Kitchen - Helen is back and so am I. After a temporary break from running the restaurant to tend to family matters, Helen Jiao is again running things at this still somewhat hidden Sichuan Chinese restaurant where Route 161 and Interstate 71 intersect.  While we tend to default to what feels almost like comfort dishes such as the Spicy Cauliflower and Dumplings, there's always the opportunity to do a little adventurous dish exploring. 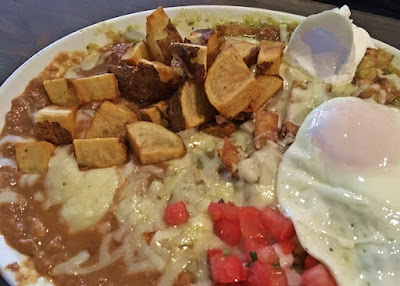 Cuco's Taqueria - I figured I needed a Latin corner, and my first thoughts were either Los Guachos or El Arepazo, both more than worthy candidates.  But when I thought of my overall collection, I realized I wanted another savory breakfast option, and Cuco's Taqueria ended up earning the nod with their breakfast service in addition to familiar Mexican staples and tasty margaritas. In many ways, this long-timer housed on Henderson Road is easy to forget, but once you remember, you start thinking it's been too long between visits (as my fellow blogger CMH Gourmand figured out recently on this blog post.) 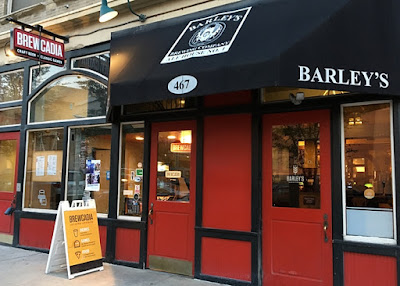 Barley's Ale House/Brewcadia - my final choice ticks off several essential boxes for me, including some quality local craft beer (head brewer Angelo Signorino is the longest tenured brewer in the state) and some pub style favorites such as Mildred's Sauerkraut Balls, the Turkey Nut Burger, and the Fish and Chips. Barley's second-floor addition Brewcadia adds some food diversity to the mix with pizza pies, additional craft beer taps (including other Ohio and out-of-state breweries) plus an element of fun with their collection of arcade machines and board games.

How about you out there in blog reader land?  What casual area joints would earn your four spots on your dream Columbus culinary corner?
Posted by Joe