First off, I wanted to announce that the Central Ohio Pizza Map has been recently updated!  With all the spots covered, the changes are subtle, but I did want to specifically point to the following:
Obviously, if you see something that needs updating with the map, I'd love to hear from you - just use the comments section below.

As far as most recent pizza explorations, what folks know as area anchors are still relatively new eateries for me, so these posts may cover some familiar territory.  My last exploration was two national chains in Domino's and Ohio-transplant Sbarro, so this time I thought it was time to focus on some of the familiar names with true Ohio roots. 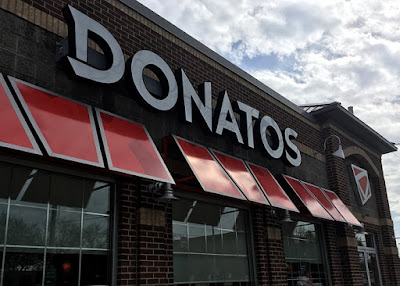 Company History: Founded by Jim Grote, Donatos has been serving up its thin crust pizza to Columbus residents for 55 years. After a brief dalliance with McDonald's in 1999, Jim and current Chairperson/daughter Jane Grote Abell bought back the franchise when the hamburger giant decided it needed to refocus its business. Currently, Donatos has just over 160 locations in nine states.

Personal History: I've had Donatos at some work functions, but I always thought they were just only okay pies.  However, they weren't in optimum shape by the time they arrived, so I figured I needed to sample them fresh out of the oven to give them a true shot. 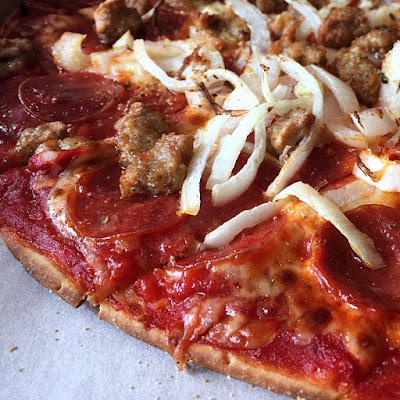 Pizza Thoughts: My first candidate was a pepperoni, sausage and onions pie, done in the traditional Columbus-style thin crust.  There were some "almost but not quites" with this pie - for me, it was almost too saucy and almost too much a cracker-like crust, but thankfully not quite so in both cases.  The pepperoni quotient was more than acceptable, but what stood out to me was the sausage, which had a surprisingly nice kick to it. 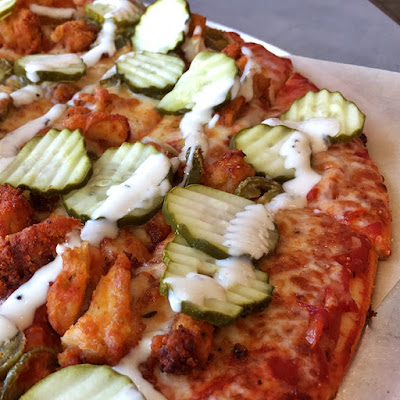 I also want to give Donatos credit for venturing beyond the typical - on another visit, their Hot Chicken Pizza called to me. Again, this was a very saucy (but not too saucy) pizza, with ample amounts of Dill Pickles and Ranch Dressing along with chunks of Hot Chicken and somewhat sparse Jalapeno Pepper slices. For me, this was a notch below what Mikey's Late Night Slice puts out annually with its Hot Mikey's Takeover pizza they produce with Hot Chicken Takeover, but its perfectly acceptable in its own right.

Cold Pizza Test: My thought was that heating these pizzas would dry out the crust too much, so cold is the way to go.  As such, it's a decent enough cold pizza, and the chilling doesn't really enhance or degrade these slices in any way.

Initial Verdict: Generally solid, middle-of-the-road pies. They're not my favorite of the Columbus style pizzas I've had, but I would take this pie over many other nationally known brands. 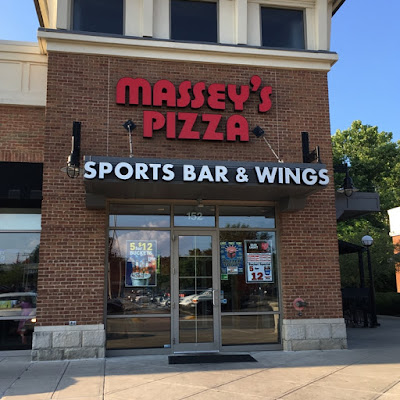 Company History: Dubbing themselves "The Cadillac of Pizzas", Massey's got its start when the Massucci Brothers opened up its first pizzeria in Whitehall in 1949.  As explained on their website, Massey's started the tradition of the rectangular cut that is a marker of Columbus-styled pizzas, and kept their open flame deck ovens when the industry was moving toward convection conveyor ovens. Currently run by Dave and Jim Pallones (who brought the chain back to life after all locations closed in 1999), Massey's has 14 total locations, with all but one in Central Ohio.

Personal History: Never had a Massey's pie prior to my visit to one of their new Sports Bar & Wings locations in Graceland. 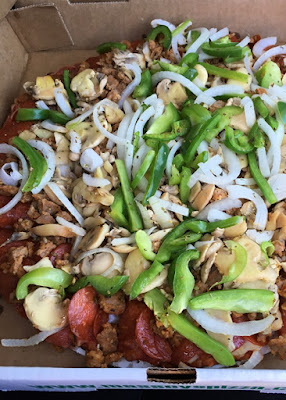 Pizza Thoughts: We had ordered a medium Supreme Pizza, but when I first lifted the box, I thought I had been given a large it was so hefty. Once we lifted up the box lid, we saw why - Massey's does not skimp on the toppings.  We also noticed the toppings had a little more crisp to them than other pizzas, and the cornmeal on the crust was also more pronounced than other Columbus-style pizzas we've had (Massey's uses a specially ground cornmeal for its crusts, so no surprise there.)

Cold Pizza Test: Again, the toppings dominated the taste, and like when it - the cornmeal crust was firm enough to hold the bounty, but did need some extra finger support as the slices were just a wee bit floppy. Like when it was fresh out of the oven, toppings flopping to the side were commonplace. 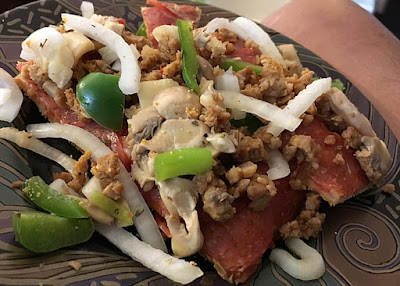 Initial Verdict: Incomplete, but so far favorable. My spouse and I would like to give a less adorned pie (I'm leaning toward their "World Famous Pepperoni Pizza") to get a better assessment of their sauce and cheese.
Posted by Joe