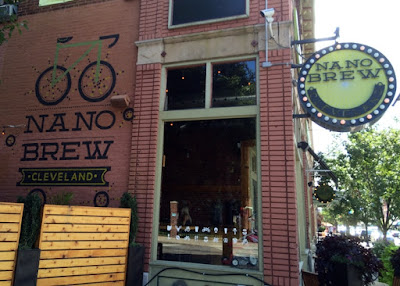 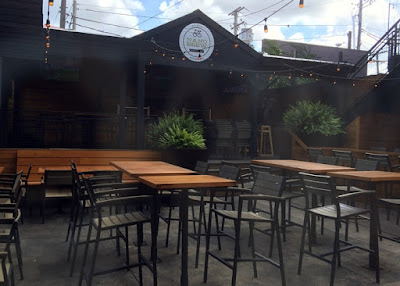 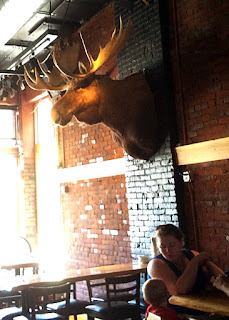 Food:  We still had full bellies from our big breakfast earlier, so food would not be in the offing for us at Nano Brew. A glance at the menu did seem to show a more creative bar food menu than normal, with intriguing selections in its burgers like the Acid Trip (featuring cheddar cheese, pickled onions, balsamic reduction, slaw, and spicy mayo) and the Hoppin' John (a creation consisting of a black-eyed pea patty, pimiento cheese and pickled green tomatoes that we had first tasted in South Carolina.)  Bonus points get added to our book for waffle fries options and a weekend brunch menu. 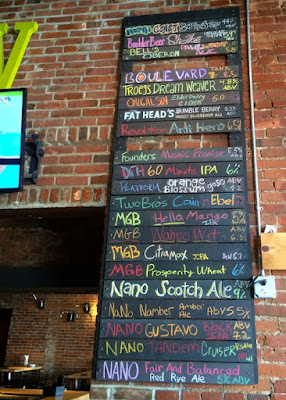 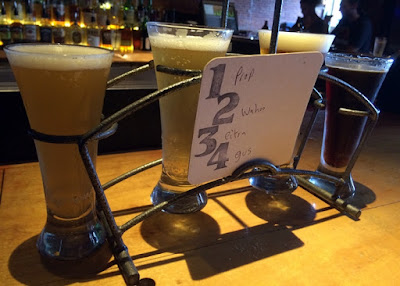 Beer: Nano Brew essentially acts as Market Garden Brewery's experimental playground, using the on-site one-barrel brewing system to brew one-off recipes that occasionally may make it through to larger production. Market Garden's flagship brews are also found on tap here, as well as a nice selection of guest handles (on this day, selections from locals Platform Beer and Fat Head's, and out-of-staters like Bell's and Boulevard were available.)

For us, though, it was Nano Brewery's on-site brews we were eager to try out. For us, the standout was Gustavo, a Black IPA that doesn't mess around with five varieties of malt and five varieties of hops creating a enjoyably complex malty/hoppy mix in the mouth. Not far behind was the cask version of the Fair and Balanced Red Rye Ale (the creamy texture helped blend the malty and bitter elements better than the original brew) as well as a couple the mother brewery Market Garden's own flagship brews in their Prosperity Wheat Hefeweizen (a perfect beer for summer) and a good solid West Coast-style IPA in the Citramax. 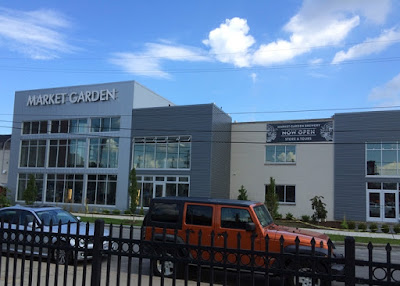