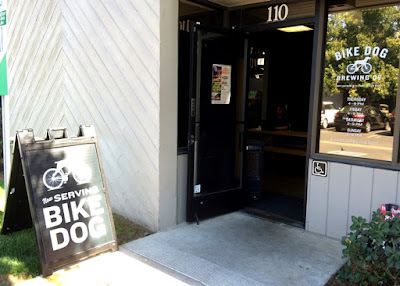 Bike Dog Brewing: Many places tout themselves as dog- or bike-friendly, so perhaps its not too unsurprising that a place calling itself Bike Dog would qualify. It didn't take long for me to confirm both these aspects once I walked inside, as I spied three pooches and an indoor space for parking bicycles within mere seconds. During my stay, more bicyclists filtered in on this warm (though not as warm as California's Central Valley can get) afternoon. 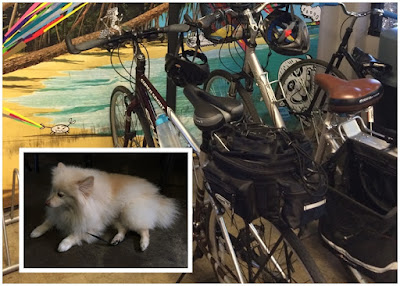 Bike Dog, which started operations in 2013, also qualifies as kid-friendly as well - numerous folks had brought their kids along just to hang out, and a wide assortment of children- and adult-level games were available on a shelf near the fermentation tanks. The Skee-ball machine off to the side also proved to be another popular attraction for the young ones. Overall, the space, which isn't too much unlike Columbus, Ohio brewery spaces like Sideswipe or Zaftig, appears firmly ensconced as local hangout favorite and bicyclist rest point. 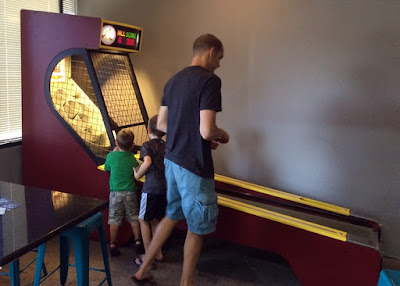 While I'm typically a stout and porter person, being out on the West Coast and the warm weather put that preference on the shelf in favor of other beer styles. Out of the four-beer sampler I tried, my two favorites turned out to be brews that would be rather refreshing after a good long ride on the bike, including a better-than-average session ale in punnily-named Barkalounger and the Mango Mosaic Extra Pale Ale, which sported a pleasant blend of hops and malt with just enough fruit presence throughout. 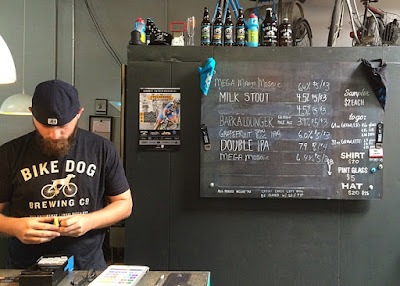 Track 7 Brewing: Our first experience with Track 7 actually came through a bottle shop owner in Berkeley, California, who recommended their Panic IPA as worthy of a haul back to Ohio. Indeed, this 2014 "Best of Show" brew's grassy hop profile isn't necessarily the prototypical West Coast one, but we could easily see why it was highly regarded.

Since that best of show placing, Track 7 has gained even more recognition, garnering Sacramento News & Review's inaugural "Brewery of the Year" in 2015 and expanding into a large production facility in the Natomas area of Sacramento. It is here where I dropped by to sample some more of their brews. 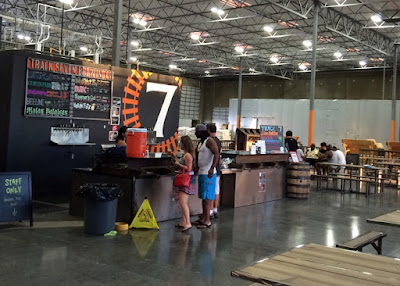 The inside of Track 7 reminded me a lot of some of the they-make-'em-bigger-in-Texas facilities my spouse and I had a chance to visit earlier this year, sans the walled off space for the tap- and seating-areas. There's no mistaking you're inside an operating brewery/warehouse space here. 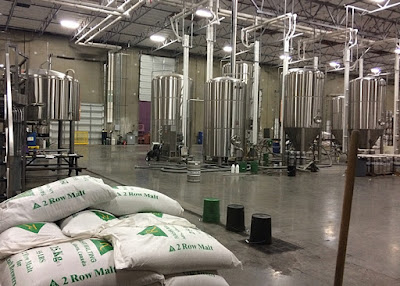 Speaking of Texas, I discovered that Track 7 handles their flights in a similar manner to Houston's 8th Wonder: your money gets you four tokens for four pours as well as a souvenir glass. On this night, the Bloomer's Cut IPA, a collaboration brew with the Final Gravity Taproom and Bottle Shop that sported crisp hoppy character from start to finish, and their Natomas Table Saison, which sported a bigger mouthfeel than its 5.4% ABV and pleasurable hint of plum, turned out to be my favorites of an overall solid foursome. 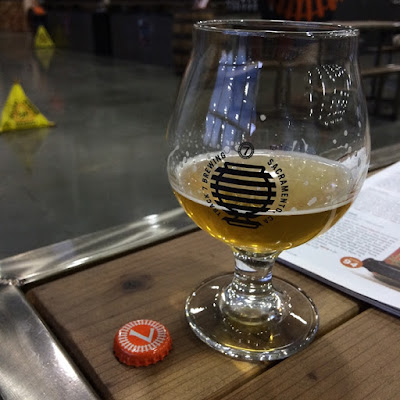 Like the previously mentioned Bike Dog, Track 7 does not serve food at their facility, instead going the food truck route on select nights (on this night, the 7 Sisters food truck, which touts itself as homemade gluten-free and non-GMO food, was feeding the folks gathered at Track 7's facility this night.)