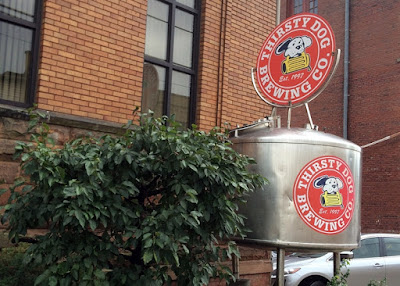 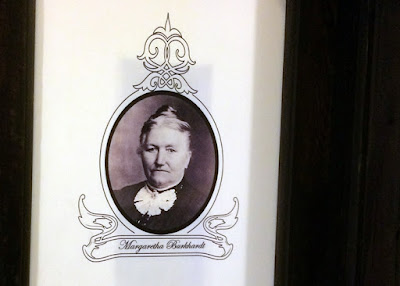 The taproom itself has been spaced out essentially in the middle of the facility, giving this nattily attired space an appealing hole in the wall quality to it. Plenty of Thirsty Dog media can be found throughout the space, with a well-stocked souvenir and bottle shop to boot. 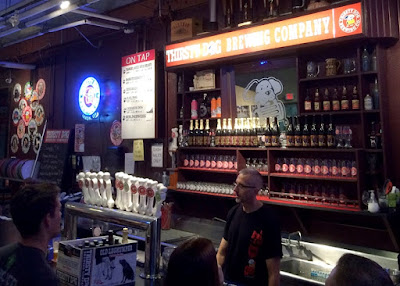 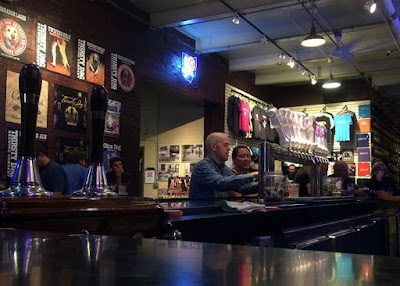 The taproom doesn't sport televisions or music playing over a sound system, an absence that actually makes it a bit of a breath of fresh air in our humble opinions. However, that doesn't stop the brewery from acknowledging the world around them, as noted by this sign that gives a nod to the Akron's favorite son. 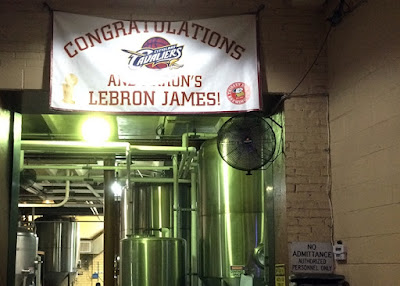 Food:  No food service at the taproom, but you can get all the popcorn you can eat, served appropriately enough in an aluminum dog bowl. 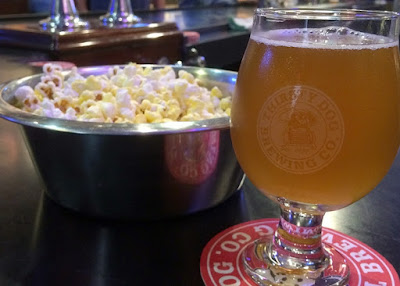 Beer: Thirsty Dog sports their flagship brews on tap along with seasonals, but on this way we were drawn to try out their sours (the barrels stacked high with all sorts of brewed goodness to the rear certainly didn't hurt that desire.) The Cerasus Dog is definitely pucker-worthy and one of the better Flanders Red brews we have had the pleasure to try. We paired that up with one of the best watermelon-based beers we've had in their Berlinerweisse. While this may have been too tart for some, the style really enhanced the melon flavor almost to the point of making artificial-tasting a la Jolly Rancher candy. The fact this beer didn't do that earned our kudos.

Last Call: Taproom visitors should be warned that the space is cash only, and that Saturday hours are a lot shorter (2 - 6 PM) than most of their other contemporaries. The latter aspect can be eased a bit if you stop next door after they close to sample some of the brews of Aqueduct Brewing (they remain open until 11 PM on Saturdays.)


Scotland-based Brewdog has, in its relatively short history (the company was founded by James Watt and Martin Dickie), repeatedly demonstrated its ability to create a ruckus with just about everything it does, with its specialty high-alcohol brews (from the 18% ABV Tokyo all the way to the 55% ABV End of the World), run-ins with various organizations and international public figures, regular media exposure of the via the Esquire TV-broadcast Brew Dogs, and a determined push to become an international entity via its Brewdog-branded bars in numerous cities like Hong Kong, Warsaw and São Paulo.

As it turned out, Brewdog had its eyes on the United States as the next logical market for expansion, and with a little massaging from Stone Brewing's Greg Koch and other incentives, the brewery announced that Columbus would host its initial production facility in the states in April of 2015. 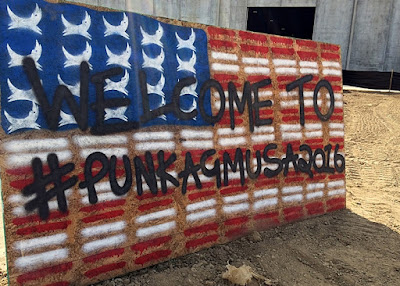 Also unique to Brewdog is their "Equity For Punks" (the moniker lovingly given and adopted by the company's investors) crowdfunding model, which has been used several times to raise funds from eager investors around the world to fuel the company's expansion. This has led to the annual stockholder gathering/celebration called AGM (Annual General Mayhem), which typically involves a company update mixed in with plenty of live music, food and beer.

After tweaking the program to comply with United States financial regulations, the USA version of the Equity For Punks was opened to investors, and the call was made for both new and existing "Punks" to attend the first-ever stateside AGM event in Columbus on the 24th. 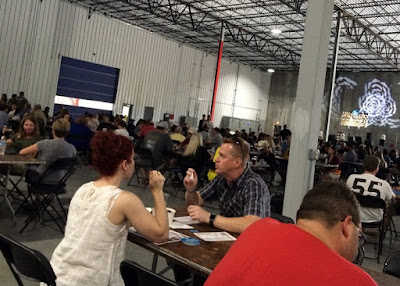 At this point, the facility is largely empty, with most of the space being occupied by tables and chairs, beer tents, and so forth. As is typical of such large undertakings things do tend to fall behind schedule, as CEO James Watt acknowledged in his update chat with the 1,000 or so that gathered on this day. However, it was easy to see the potential in the 100,000 square-foot facility, which is now due to get going sometime in January 2017.

Perhaps equally as important as the updates was the celebration of Brewdog's unique culture, which was toasted after Watt's speech with a free pour of the company's flagship Punk IPA. Frankly, it was fun to see the blend of old-time and newly minted Brewdog Punks (and later, the general public itself when the facility was opened to all in the evening) hanging out and enjoying each other's company. Mix in a liberal dose of beer, food trucks and live music, highly represented by the local, and you have a promising hint of things to come. 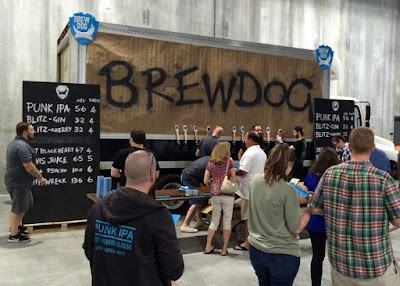 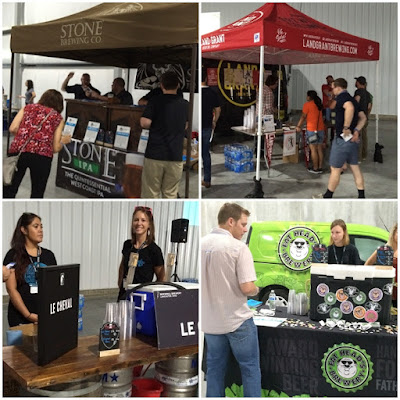 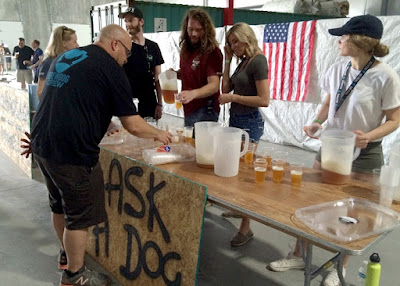 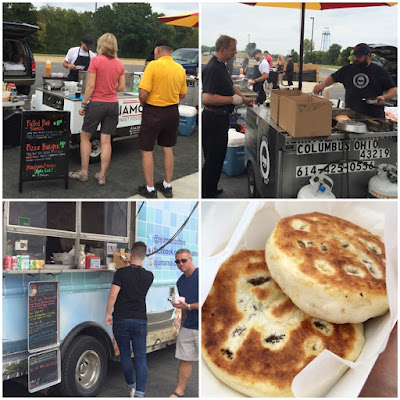 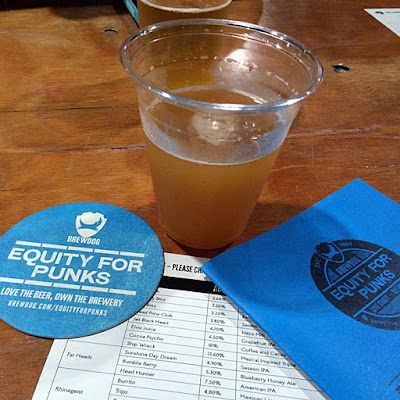