Life, Liberty, and The Pursuit of Lumpia: Return Travels to Cincy (Final Chapter)

Our final Cincinnati trip post includes the third prize in our fun little contest package we won from the Cincinnati Convention and Visitors Bureau as well as some odds and ends that added a nice little tree topper to our quick weekend jaunt to the Queen City.

As mentioned in our original Findlay Market post, the Over-The-Rhine neighborhood is one that is in flux, still transitioning from a neighborhood people tended to avoid to one where the concerns of newcomers and longtime residents clash in the oft-repeated gentrification debate. 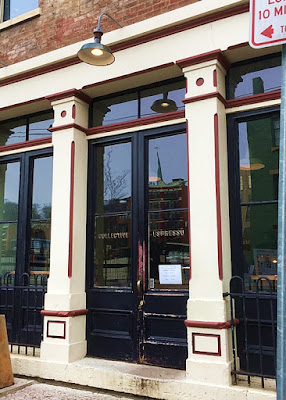 This neighborhood was and still is home to one of the best coffee shops in the area in Collective Espresso. Their store front is fairly non-descript, a trend that continues inside to both the interior decor and its coffee menu. These classic creations are definitely not geared to those who need that pump of two of this-and-that flavored syrup in their half-caff double capp latte. 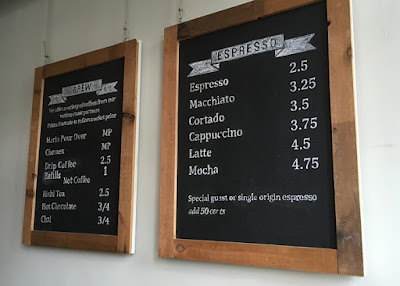 But if all you want a absolutely delicious espresso drink like a Cortado, or a well-made basic cup of coffee, this cafe is right up your alley. You can easily couple your cup up with some house-produced pastries and select from their concise collection of coffee beans and home brewing supplies. 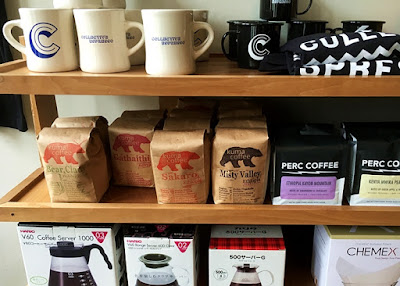 We did not realize this at the time, but their latest venture, The Takeaway Deli and Grocery, is right across the street.  The store, which grew out of owner Dustin Miller’s eyeing the corner space across from his cafe for six years, provides the neighborhood with a badly needed grocery outlet as well as a deli counter, and gives us something check out next time we're in the area. 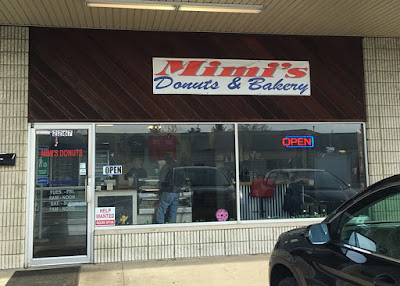 Coffee and donuts are a natural pairing, and our trip down to Cincy allowed us to knock another stop on the Butler County Donut Trail (which we first traveled on this summer courtesy of Butler County) with a stop at Mimi’s Donuts in Hamilton. 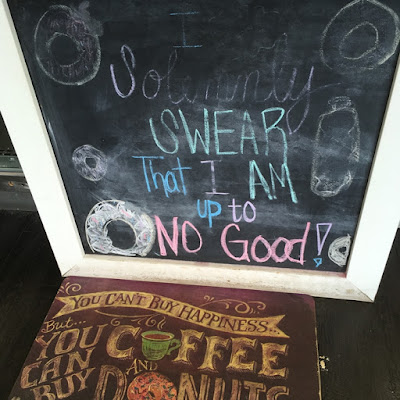 Not unlike other stops on the trail, Mimi’s (which has two locations in Hamilton) is a small, family run business, infused with a bit of a feisty yet friendly feel and all the basic yeasty ring glazed goodies you could ever want. By the time we got there, the donuts were pretty well run through, but there were still enough of each kind left over to get a good representative sample. 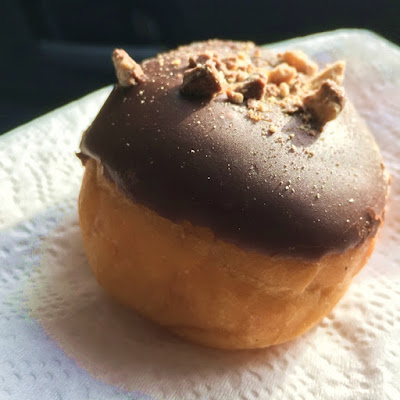 Out of the four samples we bagged, our personal favorites were the Chocolate peanut butter creme nibbler (a great way of indulging without indulging too much) and their rendition of the glazed croissant, which seems to be another reliable get based on past experiences. 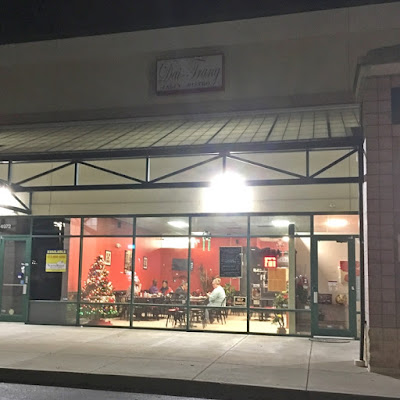 Westchester’s Dai Trang Bistro is already a bit off the beaten path, being located in a non-descript strip mall. It's even less noticeable in the evening, as their smallish sign apparently does not have the benefit of illumination. But as we found out, their Filipino dishes are legit, and they're best enjoyed with a large group of friends in tow. 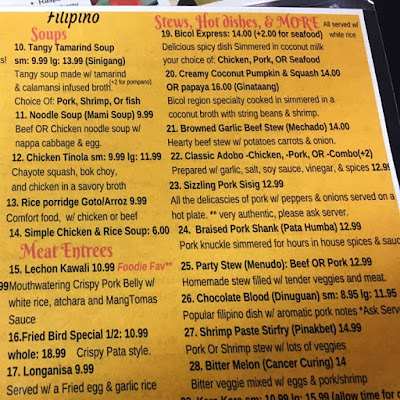 Opened in 2014 by the Pham family (whose route to ownership was one of tragedy and hardship, as detailed in this article in the Hamilton Journal-News), Dai Trang sports a menu of Vietnamese, Filipino and other Asian Fusion items. Of course, we were here for Filipino dishes, and their menu contained quite a few familiar items for me and those acquainted with the cuisine. 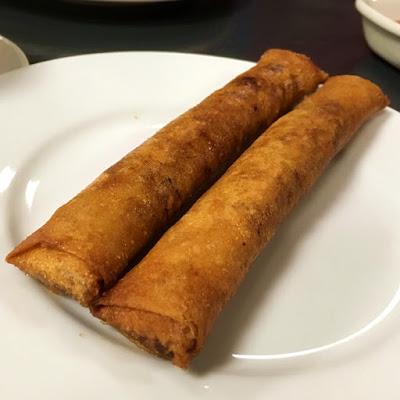 The lunch-sized portions weren't available to us, and my guess is they're a lot more manageable size-wise than the dinner-sized platters we ordered. Not knowing how large they would be, I made the call to go with only two Pork Lumpia egg rolls (versus four or six): these very long yet lean versions were quite good, perfectly fried and ones I'd gladly eat every day if I had the chance. 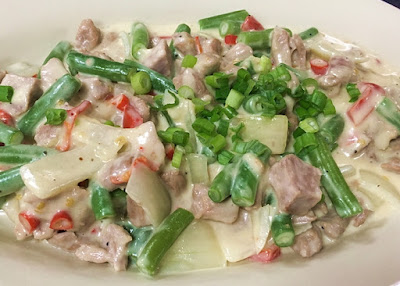 Verification came when our platters came up: the Bicol Express, with pork, vegetables and a spicy coconut milk sauce, didn't disappoint, sporting a nice heat and definitely enough for two to share. Even more massive was my Pancit Palabok, a noodle dish with shrimp, pork, hard-boiled eggs and gravy (and a container of extra gravy), which would've easily served 3-4 people.  It wasn't my favorite Palabok version ever, but more than did the trick for satisfying my Filipino food cravings this night.

Finally, let's get to our final prize, which was in the form of a gift card for shopping at Liberty Center, a mixed residential and retail outlet located at the intersection of Highway 129 and Interstate 75 in Liberty Township. 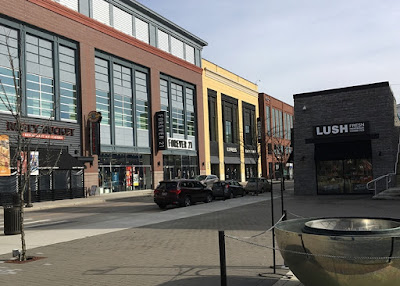 Those who are familiar with the Easton Town Center in Columbus may get a little bit of deja vu in walking through this complex - while not exactly the same (Liberty Center sports a larger residential component), the influence of co-partner Steiner + Associates (who also held that role when it came to the Easton development) is hard to miss in the outdoor-focused access and general layout and architecture.

Our shopping turned out to be fairly utilitarian (a pair of shoes for walking around), but the visit allowed us to peer in at a couple of Columbus-based businesses we really enjoy in Northstar Cafe and Celebrate Local. 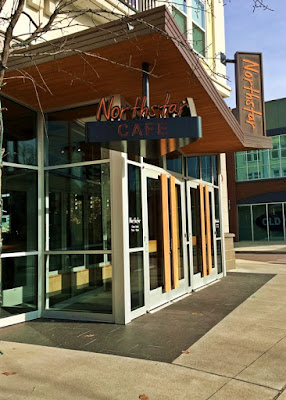 In many ways, the formula doesn't change at all with Northstar's location in Liberty Center, with a wood-dominated interior that mirrors the size of the restaurant's Easton and Westerville locations and might be the most pretty of the quintet. 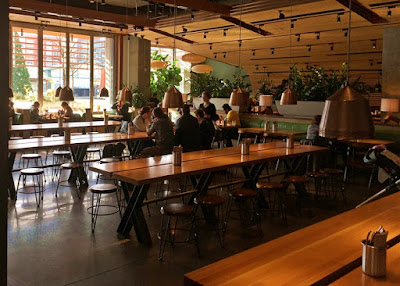 Familiar elements, from the baked goods (and the time they were produced conveniently provided), to menu items like the Cowboy Breakfast and the Northstar Burger basically remain unchanged; no need to mess with a formula that has worked so well in their Columbus locations. 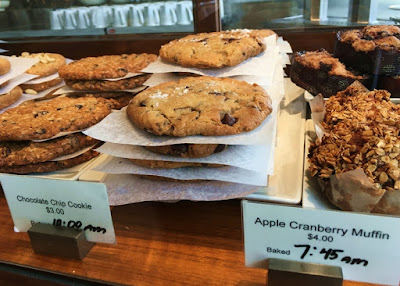 The one big difference we found, which reflects Liberty Center's fairly substantial residential mix, lies in its bar area, which provides a place for people to stop by for a casual drink or, in our case, simply grab a cup of coffee (oddly to us, most stores at Liberty Center open up fairly late on Sundays at 12 noon), with exceptions lying in places like Northstar. 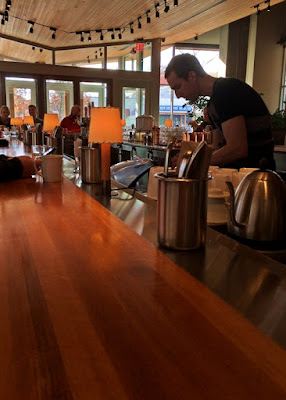 The coffee break proved nice, as it gave us a nice shot of caffeine and provided enough down time for us to check out Celebrate Local's 513-area store just a few doors down the road. 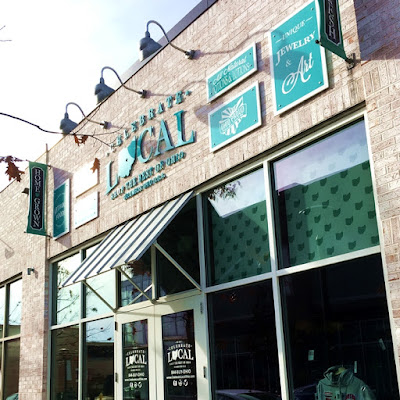 Again, the formula doesn't change too much here; while the mix is obviously tweaked toward items focused toward the Cincinnati and Dayton areas, almost anyone from around the state of Ohio can find some goods geared toward their region and give them the ability to shop local. 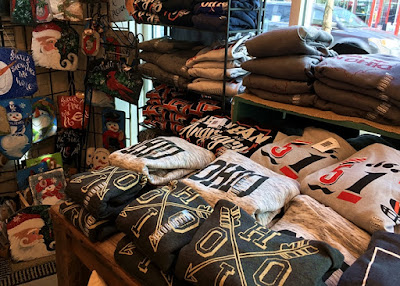 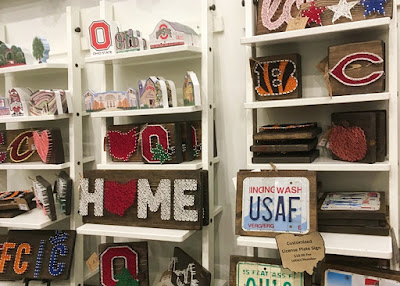