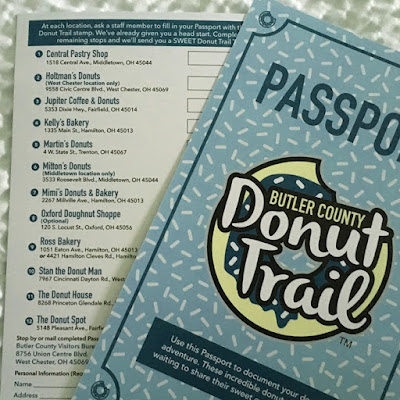 In many ways, the Butler County Donut Trail is a perfect setup. For the locals, the donut shops can be tackled over time, based on your travels during a particular weekend. But unlike, say, an adult beverage-based trail, an individual in town for a weekend could easily knock off the trail in a day with some strategic planning. The trail even works better for those in groups, as it allows you to sample more donuts from the various shops during a particular day or weekend before the onset of the eventual sugar coma.

The Visitors Bureau picked out five shops for our exploration, and each shop we visited brought something appealing to the display case that my spouse and I could appreciate. Do you want a bit of a show for your kids? Then Cincinnati-based Holtman's Donuts is right up your alley. Their sleek West Chester location, opened in 2017, is their first Butler County outlet for this nearly 60-year-old donut maker. The kid-appeal factor is especially high here, with eye-catching donuts (like their Unicorn) and a kitchen area where you can see the bakers do their thing; the setup reminded me quite a bit of Columbus's Fox in the Snow Bakery in Italian Village. 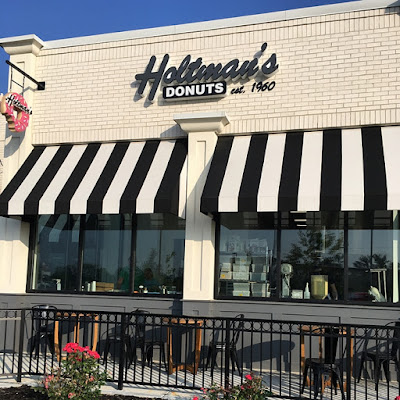 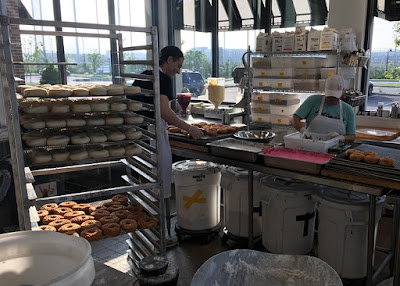 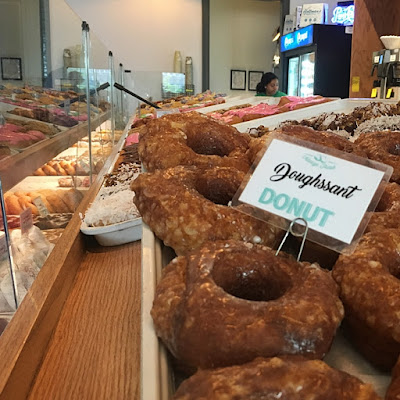 Meanwhile, Stan the Donut Man (again in West Chester) and The Donut Spot (in Fairfield) offer up more of a down home, old-school experience similar to Columbus places we're familiar with like Westerville's Schneider's Bakery, Honey Dip Donuts in the Northwest, or Eastside's Resch's Bakery.  These shops are also similar to the places my Dad would visit to pick up a couple dozen sugary wheels that would be eagerly devoured by all lucky enough to be visiting that day. 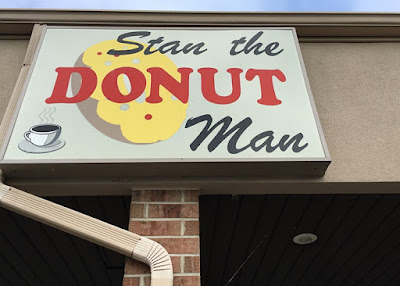 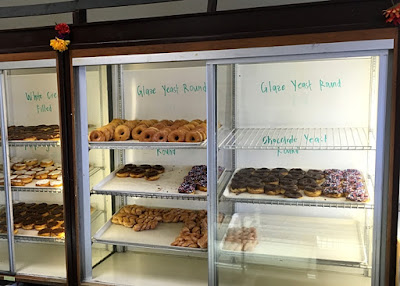 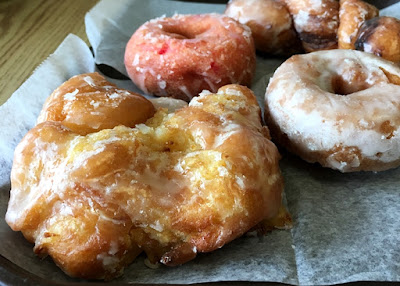 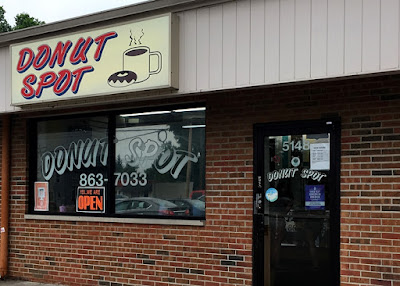 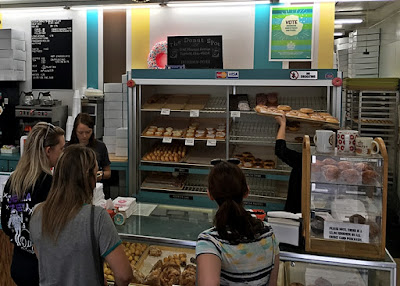 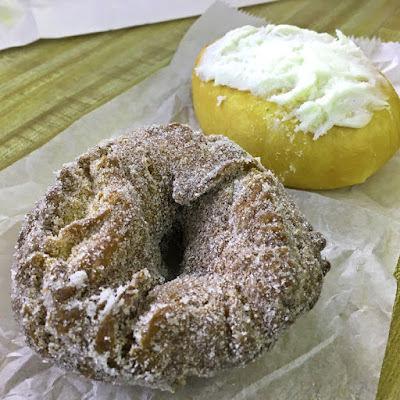 West Chester's The Donut House has less variety than other places we visited on this day, but it holds a potent ace up their sleeve with their freshly filled fluffers. Visitors can pick out a donut, select a filling, and have it filled right there on the spot. The chocolate donut with key lime filling we had from them edged out all the other decadent creations we sampled that day by thinnest of glazes. 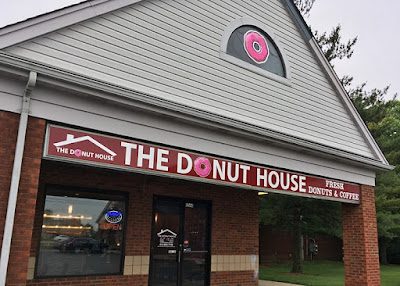 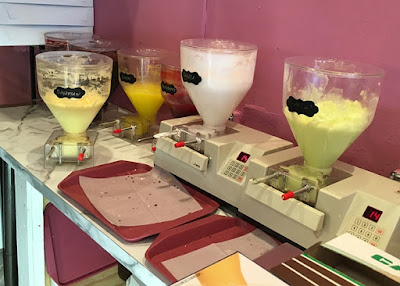 Finally, Jupiter Coffee and Donuts, also in Fairfield, adds house-roasted beans and fresh-brewed coffee (which was very much appreciated after five Donut Trail visits) as well as other bakery treats to their donut offerings. Jupiter sported the most fun donut that we ate that day, making us wish we were heading to a tropical beach after our sugary soiree. 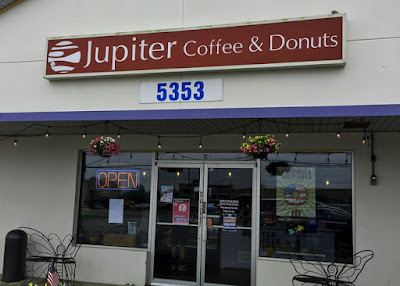 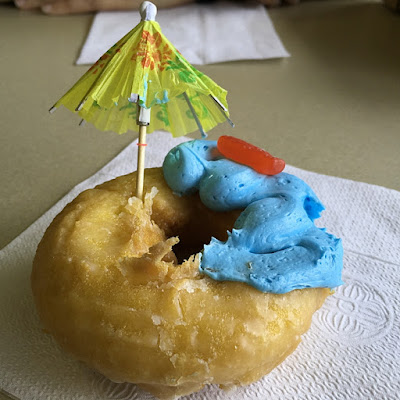 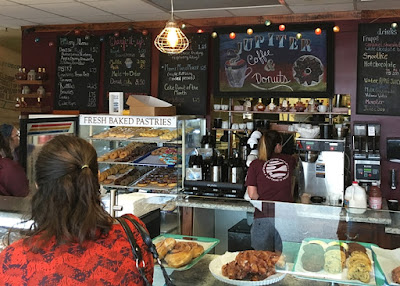 Interestingly, the experience of being out on the trail may have topped the donuts themselves. Each shop had their own fun and special donut-related word stamp ("FILLED", "ICED", etc.) for your passport, and witty place signs assured you that sweet treat goodness was seconds away. 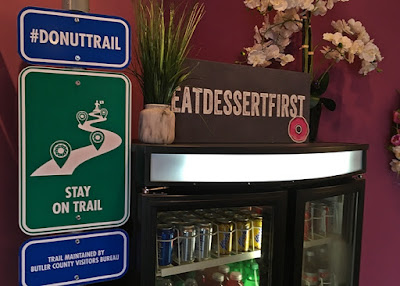 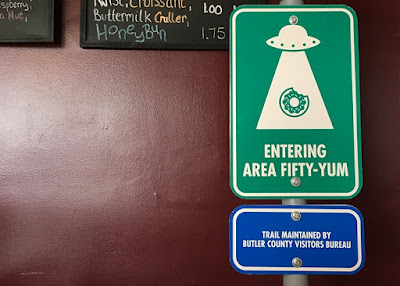 Moreover, as we moved from shop to shop, we slowly realized how successful the Donut Trail has become in its short existence. All the shop owners I asked unequivocally said this promotion has been a boon for them, with all relating stories about people from across the United States and other countries dropping by based on what they read in the media or heard from friends.

And then there were the folks we saw at multiple stops, such as a donut-loving pair from the Akron area sporting tie-dyed T-shirts from Peace, Love and Little Donuts who were taking the weekend to explore donut treasures in this portion of the state. Others we saw were undertaking a unique geocaching aspect of the trail; those finishing here earn themselves a trackable coin. 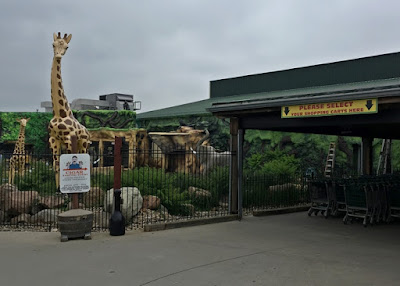 After a fun and eventful adventure on the Donut Trail, one might think I'm shortchanging our last Butler County destination by placing it at the end of this post. But if you have been a place like Jungle Jim's International Market, you'll realize that it's almost impossible to do this Cincinnati-institution justice with a mere blog post and a small collection of pictures. 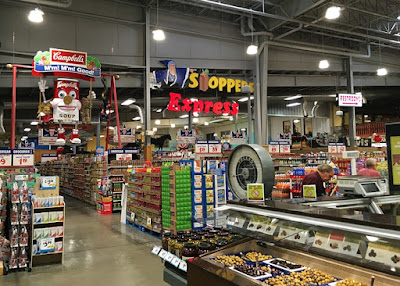 Starting as a humble produce stand in a Fairfield, Ohio parking lot in 1971, Jungle Jim's has evolved into an internationally known entity, and easily the largest such shopping centers of their type in the Cincinnati metro area, if not the state. These 220,000-plus square foot emporiums (both of which are really perfect spots for walking off some of the calories gained on a Donut Trail bender) both blend a fun atmosphere, a good dose of kitsch (if you couldn't tell by the mock jungle animals and monorail setup as you walk in; more displays await inside), and a massive food and beverage selection that draws from all parts of the world and more than earn their "Foodieland" nicknames.

But one may think to themselves, "Everything? Really?"  Yep, I mean everything.

Well, how about olives? Check (don't forget the pickle barrels nearby, and then the European butters, and all then, yeah, cheese and more cheese.) 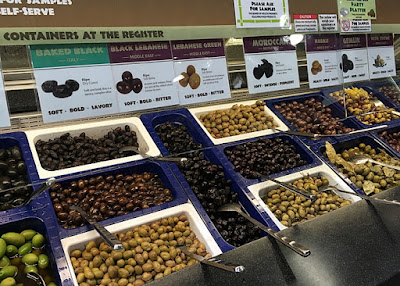 Wine from all over the world? Check (don't forget about the voluminous craft beer selection a few aisles down and the spirits section to the back there.) 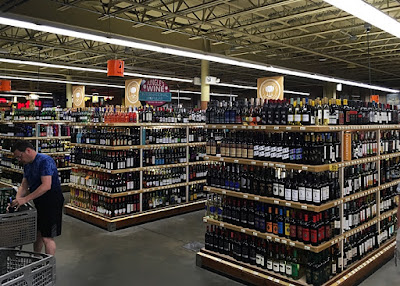 They still have that fresh produce, right?  Well, duh!  Hopefully you took a gander of both the traditional and exotic meat sections before you wandered in here. 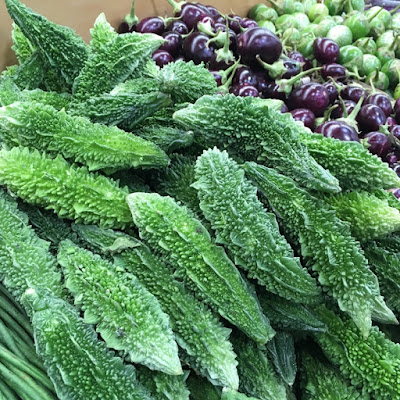 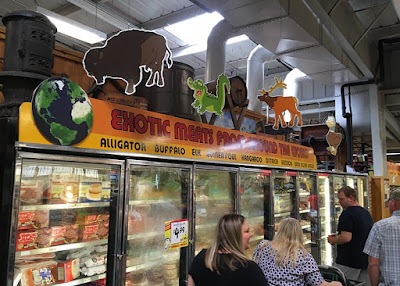 What countries or areas of the world have product aisles here? Hmmm, maybe the more appropriate question is what countries and regions aren't represented (it ain't many, that's for sure.) 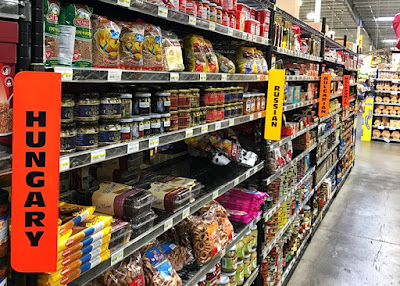 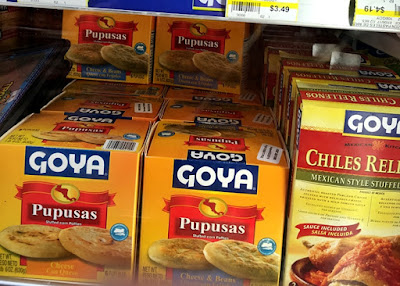 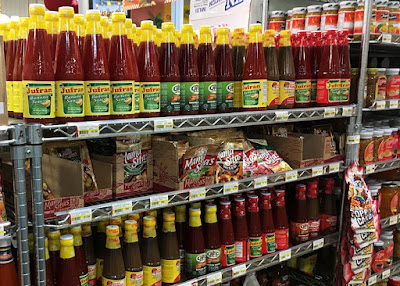 And really, I'm just scratching the surface of what you'll find here. If you're visiting the Cincinnati/Butler County area for the first time, Jungle Jim's is pretty much a mandatory stop. For us, it had been awhile between visits for us, so this was a most definitely welcome return, even if we did forget how easy it is to spend a cartload of money on stuff if you're not careful.

I'll finish off this series with a bit of a funny tale: in our little welcome bag at the hotel, the Butler County Visitors Bureau had provided us with a colorful Donut Trail T-shirt, and I was more than happy to wear it during this day's travels. During our ventures into the Jungle, I got pressed into the role of Butler County Donut Trail representative when four kindly seniors caught sight of my T-shirt and asked me what the trail was about.

They followed that inquiry up by asking where they might land a good, old-school, airy glazed donut on the trail. I'm crossing my fingers that my pitch was convincing enough to bring the trail four new, well-experienced, and assuredly enthusiastic seekers of gloriously glazed goodness.