I admit I don't read too much of that type of literature these days, but at the very least the notion of Hemingway has evolved from the middling to the desirable, at least when it comes to coffee. 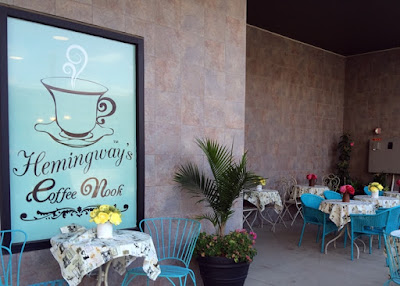 It was within sight of The Torrents of Spring when Hemingway's Nook opened up in March of 2015. Coffee in Columbus is something of A Moveable Feast around the metro, and the downtown area, which lies Across The (Scioto) River and Into The Trees from Franklinton, has more than its fair share of great choices for a cup of coffee in the area.  When this Cub Reporter stumbled upon it, I realized it is somewhat hidden away in the 175 On The Park building next to the Columbus Commons area, making this cafe is easier to miss than most. 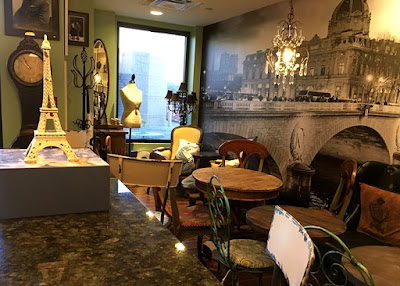 Offering A Clean, Well-Lighted Place for a cup of joe with a casual, friendly feel, Hemingway Nook's adds enough art, antiques, and other accessories just enough to evoke a Parisian cafe atmosphere (why, what did you expect, the Green Hills of Africa?). Combine, it's just enough to make you (mostly) forget you're inside a fairly cozy space inside a modern office building. As with any place, the question of what To Have and Have Not always comes up, and the usual coffee creations can be found here (helped along with beans provided by Grandview Heights's Luck Bros. Coffee.) But for me, Hemingway's cold coffee creations are what I lean toward, all great ways to combat The Dangerous Summer heat. 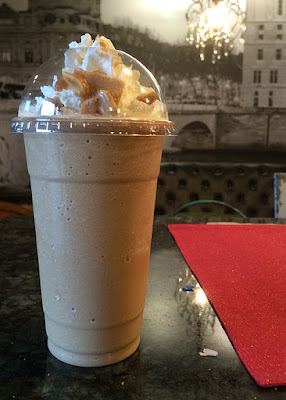 Mix in some seasonal special drinks (current selections include their Kafka, which blends in Mexican Coca-Cola, espresso and vanilla, and their Baklava Latte), with a couple of standard food options like a bagel or muffin, and Hemingway's Coffee Nook offers you a pleasant way to make set yourself True at First Light.