This second of three blog posts naturally contains one of our prize package receipts from the Cincinnati Convention and Visitors Bureau, and it was perhaps the most anticipated one as will be explained later in this post. As noted in our last blog post, we were hardly going to stick strictly to  our prize winnings, so we added in one of the more unique brewery settings in Ohio for a nice combination of Christmas shopping as well as one of the first breweries in Buckeye State focusing on sour beers.

The blog/website Ohio Explored mission is a a basic one: to awaken people to the beauty of Ohio. One of their most popular methods of achieving that resides in their Ohio Maker Mart, which feature local artisans of food, arts and crafts creations. Due to a last minute from one of my blogger colleagues, we figured out the winter edition would be in Cincinnati that very weekend, at a location that worked out perfectly with our catching up with the area's brewing scene. 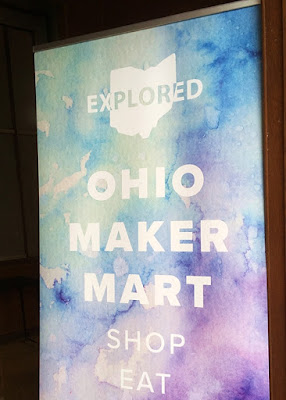 Housed in a former church (a property which just was awarded tax credits by the Ohio Development Services Agency to assist in the sanctuary's ongoing preservation), Urban Artifact Brewery proved to be the perfect venue to house the diverse ninety or so vendors which made up the holiday version of the Maker Mart. 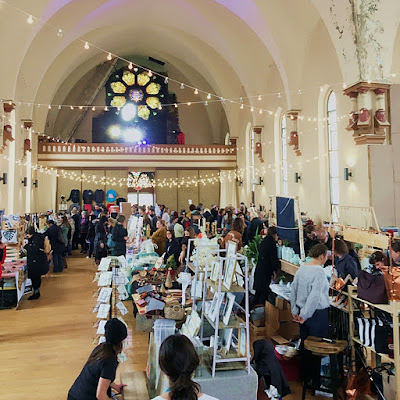 Plenty of stuff caught our eye, from the eye-catching wood work of Old Souls Wood Working to the witty greeting cards of Pinwheel Print Shop, the textile creations of Eliza Dot Design, and more, we walked away a nice Christmas gift for a certain someone (I won't reveal the gift yet, lest that certain someone is reading this post.) 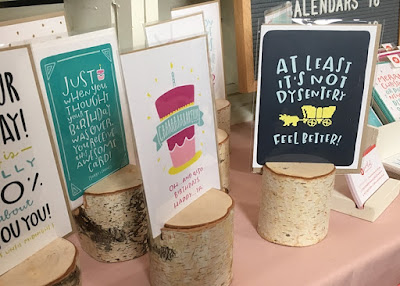 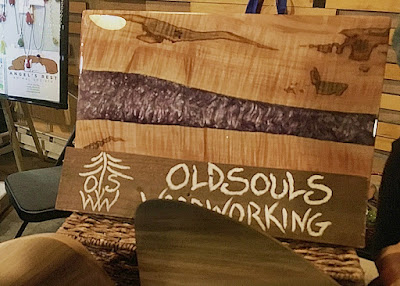 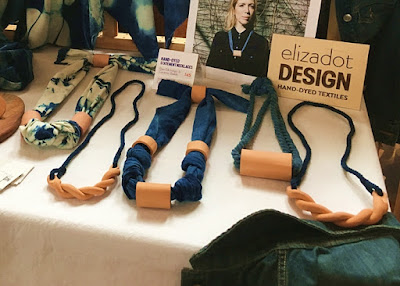 The taproom for the host venue, Cincinnati's Urban Artifact, resides in the lower floor portion of the church building, the former home of St. Patrick's and St. Pius X Catholic Church. Since opening in 2015, the brewery has given Northside neighborhood with brews, event space, and now, a hosted restaurant in Wildfire Pizza Kitchen. Unsurprisingly, some of what was the former church has made it down to their taproom; all combined, it makes for a unique space to hoist a couple of cold ones. 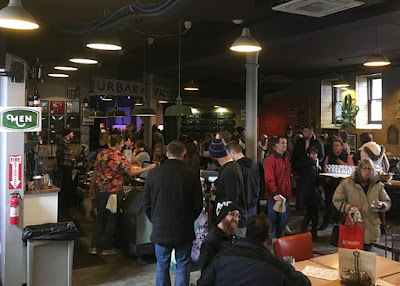 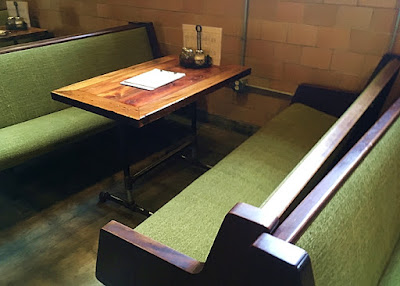 While Urban Artifact does sport all styles, the focus is decidedly on the "tart and wild" side of the equation. As lovers of that beer style, we naturally veered toward a couple of those brews - their Gadget, part of their fruit tart series, proved as described, with luscious notes of blackberry and raspberry in a smoothie-style beer base with a pleasantly sour finish. 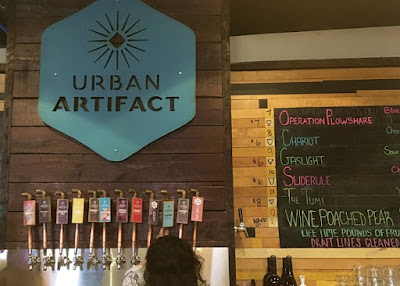 But even better was their Wine Poached Pear, a complex barrel-aged brew blending Italian pears, Louise Swenson grapes, red raspberries, and a whole host of spices. This was easily one of the best beers we've had this year, and definitely one that was worth savoring in the bar for a bit before we headed to our main destination that day in the Cincinnati Zoo and Botanical Garden, which was part of our prize package. 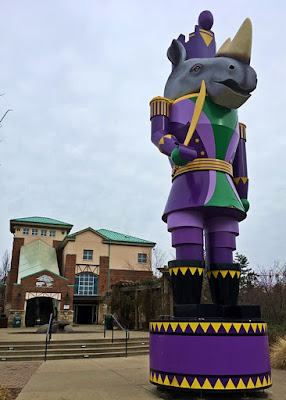 Ranking as the second zoo in the United States, the Cincinnati Zoo and Botanical Garden has grown quite a bit from its original collection of almost 30 animals and 400 birds when it first opened in 1875. Nowadays, nearly 1.5 million visitors make the trek to their location in the Avondale area of town to view their over 500 animal species and 3,000 plant species. 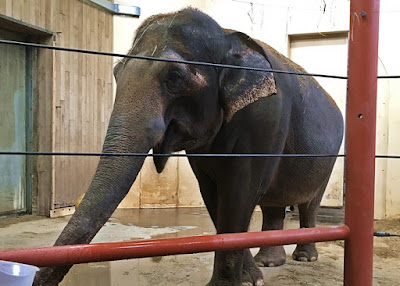 Like many of their brethren in colder climates, the Cincy Zoo isn’t at its peak viewing time during the winter months. As noted at many of the displays, animals whose normal climates are not arctic were indoors for the day of our visit. However, we did get to see a few of those animals close up, and it gave us time to pay focus on the animals and insects normally housed in indoor settings, as well as the ever popular penguins as well as a nice manatee exhibit. 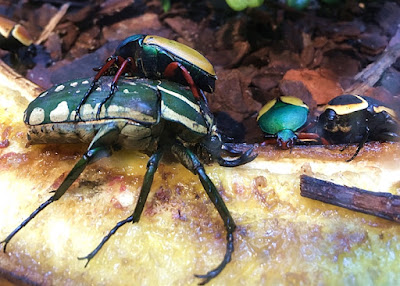 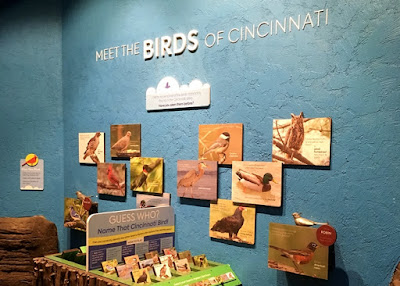 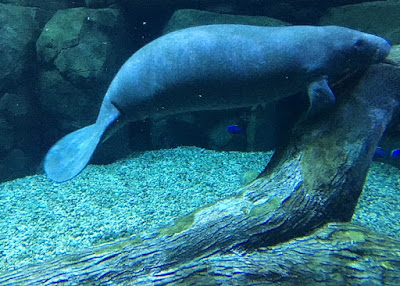 Our main reason for choosing December as our visit resided as much with the holiday lights display, rated annually as one of the best in the nation. In fact, the Ohio-based zoos collectively (Cincinnati, Columbus, and Toledo) might have the highest quality options for the fan of Christmas lights in a fairly concentrated region. My spouse especially, having grown up with the Toledo and Columbus versions, was eager to see what Cincinnati could do with their display. 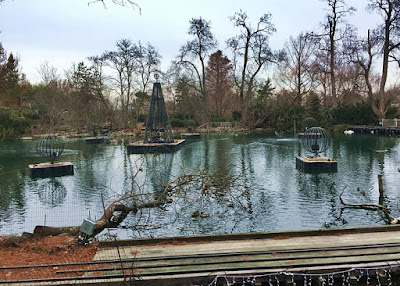 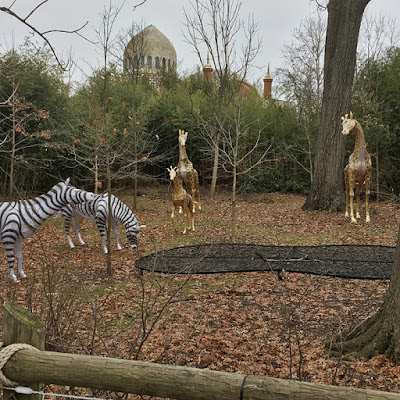 The results, as it turned out, were pretty spectacular, with plenty of lights as well as illuminated inflatables scattered through the park’s 60+ acres. I suppose a certain amount of regional favoritism could play into what light display one considers best, but one thing for certain for me was a new found desire to see the display at the Toledo Zoo (which has topped USA Today’s rankings the past two years) and a display that my spouse hasn't seen since the 1990s.


Some advice for those who are new to visiting Cincinnati's version of holiday zoo lights: it is more than worth it to show up an hour or two ahead of the stated starting time. We had heard the traffic getting into the parking lots could be brutal; indeed, we had to weave through quite a queue of automobiles getting in once we ourselves departed. Also, paying for your parking here is similar to an airport parking lot in that you pay upon leaving the lot.

Finally, most of the food vendors around the zoo don’t open up until the lights officially get going around 5 PM or so - those who arrive early (we arrived a full three hours before ourselves) who need a bite to eat should check out the Base Camp Cafe, which has been rated as “The Greenest Restaurant in America” by the Green Restaurant Association in both 2013 and 2015 and sports some pretty decent fare at prices which aren’t too inflated all things considered.

We very much enjoyed our stay at the Cincinnati Zoo; hopefully the next time we visit, we'll get to see both Fiona and her mom Bibi rather than illuminated inflatable of her, as pretty as it was in the evening twilight. 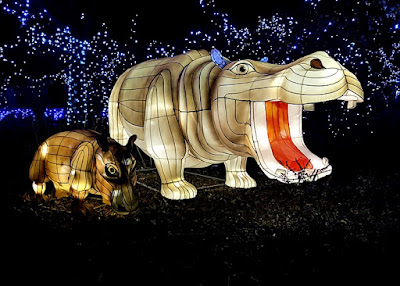