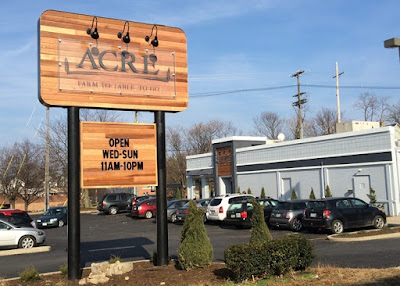 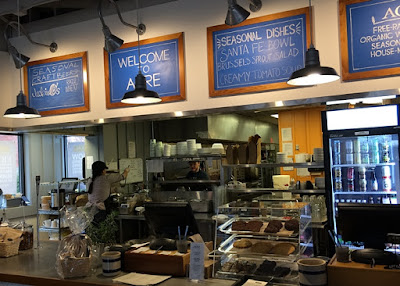 The original Acre setup shop in 2014 in the old Talita's/Graffiti Burger space on North High Street where the Old North and Clintonville neighborhoods merge. While some may be wary at the "farm-to-table" designation (as I've heard many point out, pretty much every restaurant has a little bit of that element to it), the description fits owner Todd Mills's original concept to a tee, with a locally-oriented sourcing of ingredients as much as feasible for their selection of wraps, bowls and tacos.

The interior of their original Clintonville space features clean, understated decor and plenty of natural light. The bench seating around the edge of the space is perfect for those with larger groups or those with kids in tow (Acre helps out here with a kid-oriented menu, including chicken skewers and mini-quesadillas.) Most menu items come accompanied by some tortilla chips sourced from Shagbark Seed & Mill. 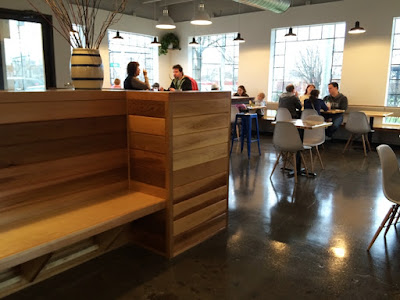 Initially we found this location was swamped during its initial opening months, leading to some longer waits as the from-scratch dishes were assembled, but things have settled in quite nicely. Apparently, the flow has been steady enough for Mills to open up a second location in the 5th by Northwest neighborhood, in the old Bono Pizza space on Northwest Avenue.  Again, the same simple decor motif has been brought over from their first location, and the space is much brighter from its Bono Pizza days, where it felt like you were walking into a cave to pick up your order. 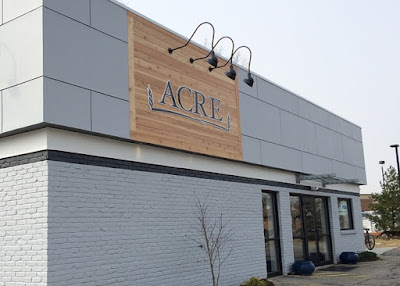 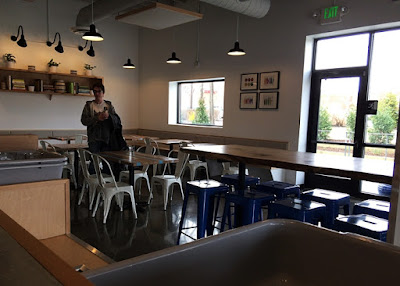 Acre isn't strictly a vegan/vegetarian affair if you don't want it to be, mixing up the add-ins from tofu, veggies, chicken and pork depending on the items. These add-ins are somewhat subtle contributors to the overall taste profile of many of the dishes we've tried, so things like tofu seem equally at home when compared to something like chicken, no matter what the medium. 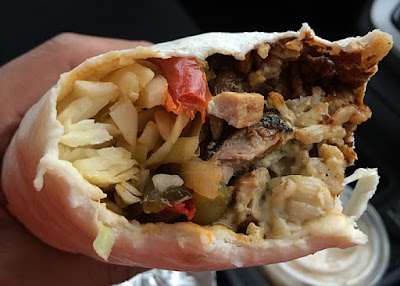 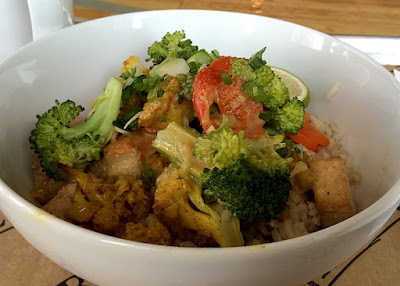 Acre does allow you some decadence as well on its Grandview brunch menu, as in this deliciously just-sweet-enough sweet potato bread pudding on their recently introduced brunch menu, along with more healthful choices like Grown-Up Granola and Oatmeal (featuring Krema Peanut Butter, coconut, and sliced bananas.) Cookies are also available for all ages, while the kids get their own menu with Acre's takes on familiars like Grilled Cheese and PB&J Sandwiches as well as Mini-Quesadillas. 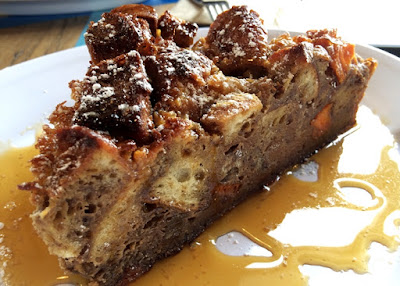 Acre has evolved for the better in the past year or so: brunch has now also been joined by a breakfast component, featuring items like tasty Chorizo Breakfast Tacos and Burritos as well as Grown-Up Granola, with seasonal specials mixed in. In addition, local craft beer has joined the beverage menu alongside coffee and tea. Acre has also recently adopted the Impossible Burger as a menu item: as someone who was both curious and skeptical about the concept, I must say the patty is about as close both taste and texture-wise to your basic burger without being the real deal. 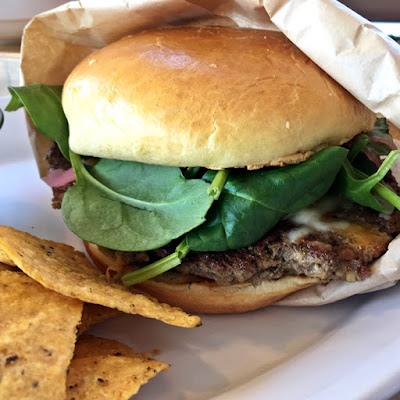 Acre probably has or never will exude the culinary excitement like its fellow CU Class of 2014 counterparts mentioned in the beginning of the post, but it makes up for that in our book with earnest fare and an ever-evolving menu. That's more than enough to keep it a weekend brunch regular for my spouse and me.