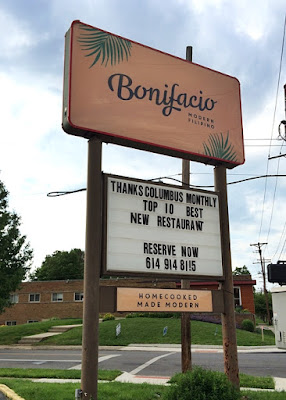 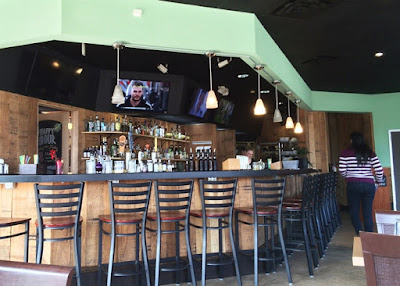 First, a general primer about Filipino cuisine. In many ways, Filipino food is fusion cuisine way before that term became popular: influences include but are not exclusive to Thai, Chinese, Spanish, American, as well those originating with the natives. Over the years, standard dishes have emerged such as adobo (a vinegar and soy sauce stew), lechon (not unlike the Hawaiian kalua pig), and dinuguan (a pork offal stew featuring pig blood, chilies, garlic and vinegar.)

However, The Philippines' geography leads to many regional variations, not surprising when you have a country consisting of roughly 7,000 islands.  Pancit, another one of the mainstay dishes of Filipino cuisine, is akin to the Chinese chow mein or lo mein. However, those unfamiliar with the food would probably have little clue about what differentiates Pancit Malabon from Pancit Luglug from Pancit Bihon.

For a region (Central Ohio) still largely unfamiliar with the nitty-gritty details of Filipino cuisine, Bonifacio does a great job of introducing the standards as a whole to the Central Ohio public at large by keeping things in that fusion area. One great example of this is their Tociburger, a sloppy but tasty take on an American standard, taking a tocino marinade to a beef burger and adding a fried egg, atchara and more typical accompaniment with spicy fries. 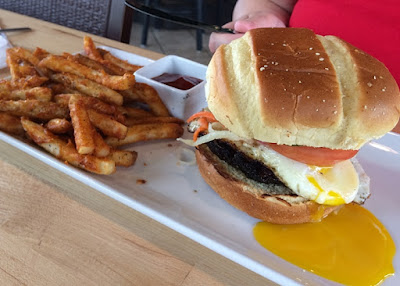 This familiar fusion theme continues with many other items like their Kare Kare Fries (typically an oxtail stew, Bonifacio's version subs out shredded beef with the usual peanut gravy, atchara and chili peppers) and their Sisig Tacos (spicy sizzling pork bits in mini-tortillas.) 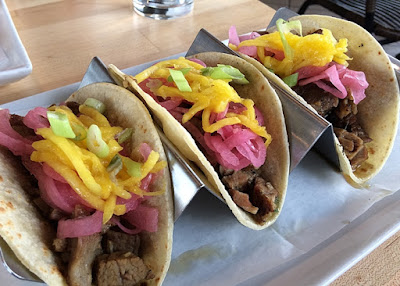 Even a truly non-traditional construct works well: Bonifacio now offers Bonibowls, a fairly familiar concept found elsewhere which includes a purely veggie and tofu options for your add-in. The Crispy Tofu in my bowl had a lovely crispy exterior, and blended well with a nicely garlicky fried rice base, shredded carrots, celery, red cabbage, and a fried egg. The bottle of house made vinegar, which featured plenty of garlic and a little hot pepper spice, proved to be a wonderful accompaniment. 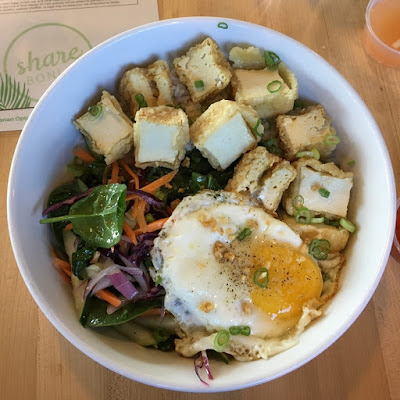 Lest you think fusion is the only option here, Bonifacio offers more straight up options as well, from the fairly safe (Pancit Bihon and Chicken Adobo) or the more adventurous such as the Fried Chicken and Filipino Spaghetti (the latter featuring banana ketchup bolognese base) or the dreaded Balut (essentially a partially developed duck egg that is popular as a street food in The Philippines.)  And of course, their brunch items that proved so popular at Yanga's downtown-located Red Velvet Cafe are available here, including a Corned Beef Hash Silog pretty much the way my dad would've cooked it. And no matter what the item, a cocktail from The Reno Reserve (I posted about these creative blends at this prior blogpost) almost always seems to be a perfect match. 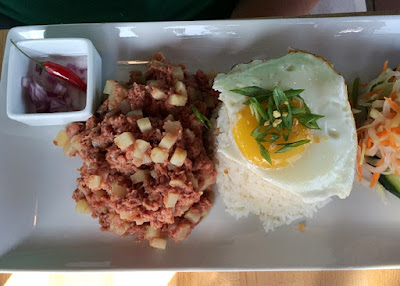 Those with a sweet tooth will not be disappointed either by what Bonifacio has to offer. Leche Flan is essentially The Philippines' answer to custard, while Halo Halo (which translates to "Mix Mix") takes that Leche Flan, mixes a cornucopia of whole host of other preserved ingredients with shaved ice and a smooth Ube (purple yam) Ice Cream, into a creation that you think shouldn't work, but does.

And of course, that Ube ice cream (house made and available now in pints) plays a roll in the picturesque Ube Ice Cream Sandwich. Nestled in a warm fried bun and topped with fruity pebbles, caramel sauce and coconut strings, the $4 edition is just the right size if you just have that extra little bit of space left in your stomach. Those who have a lot more space should go for the $10 edition, because it would be a shame 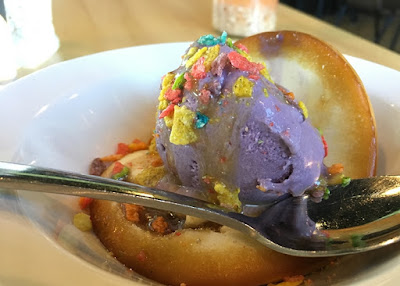 In conclusion, if you're new to Filipino cuisine, Bonifacio offers a great way to introduce yourself to the basic dishes and taste profiles. If you've become a fan (and we count ourselves as such), by all means keep visiting and enjoying Bonifacio's offerings.

If you're feeling a little more adventurous, dive into Bonifacio's Boodle Nights, where everyone sits together and all food is placed out on banana leaves, typically eaten without silverware. In addition, you should venture to the north side of town to newly opened Kuya Ian's Bistro, whose offerings closely mirror those you'd find in the traditional turo turo restaurants which are commonplace in cities with larger Filipino populations. You may end up saying "Napakasaráp nitó!" a lot more than you think.