Other options to sample German treats blend in a welcome dose of culture: Columbus's annual Oktoberfest celebration offers beer, music and other cultural elements in a family-friendly, festival-style setting. Additionally, the Brewery District-located Germania Society, which was established in the mid-1800s to help new German immigrants adapt to their new homeland, openly invites the public to join them in events such as their Sommerfests and Red, White and Brats.
A more recent addition to the landscape has an appealing blend of old and new in the form of Valter's at The Männerchor, located in the Brewery District along High Street just west of German Village's Schiller Park. 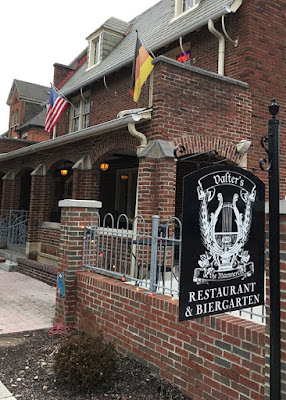 The established part of this pairing lies in The Männerchor, which dates back to 1848 when twelve German immigrants grouped together with the noble task of preserving (as noted on their website) "the knowledge and understanding of German Culture, Language, and of course, Song." In the 20th Century, the membership expanded as the Damenchor and Kinderchor (women and children) choirs were established and the group purchased a Protestant church in 1920 on South High Street to serve as their permanent home.

Or so they thought. As 2010 approached, a combination of declining finances and the desires of the Columbus City Schools' to expand a nearby school led to the sale of their space. Thankfully for the group, their new home proved to be not too far away at all, basically a couple doors down at the old German Heritage Haus. 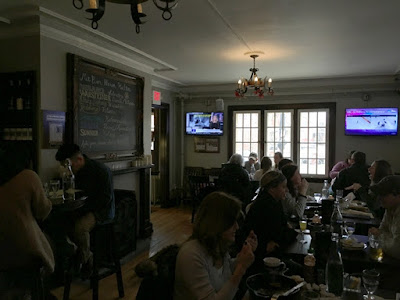 The "Valter's" part of this pairing lies in Valter Veliu, a member of the The Männerchor and manager/part-owner of nearby Jimmy V's. Looking for a way to utilize the space more fully, and bring both exposure and revenue to the singing group, The Männerchor and Veliu reached an agreement to lease out the space as a restaurant/beer garden for 10 years. Opened to the public in early 2016, the restaurant's cozy and somewhat dimly-lit interior feels welcoming, offering plenty of television (soccer is commonly on the screen) and German/Männerchor media dotting the walls. 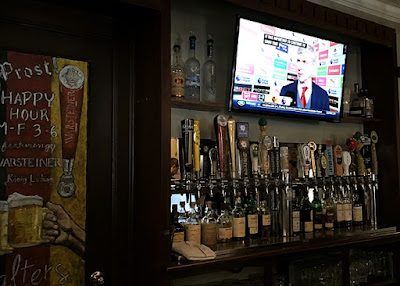 True to its beer garden status, Valter's offers a mix of German import and local craft brews (including my first sighting of the Reinheitsgebot-oriented brews of Alexandria, Ohio's 1487 Brewery. Not surprisingly, beer flights are available for those who wish to sample a swath of what's on tap. 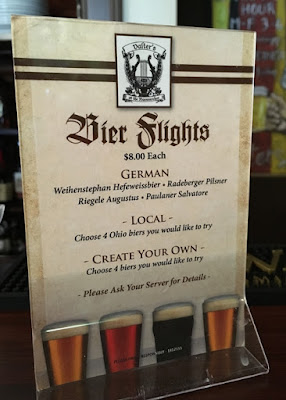 We're just starting to dent the menu here at Valter's, but we're happy to see another tasty dine-in breakfast/brunch option in the area. with German-inspired dishes like the German Bologna Sandwich and the straightforward Bavarian Breakfast (a pretzel served with Weisswurst, an egg, and mustard) mixing with French Toast and a Black Bean Burger. The Troy provides an appealing blend of onions, peppers, bacon, home fries, and spaetzle served with breakfast mustard and a baguette. Meanwhile, the simple addition of cabbage to their homemade Corned Beef Hash (served sizzling in an iron skillet) adds a pleasing sweetness and crunch to an already tasty creation. 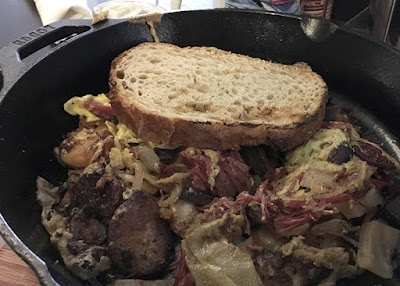 The Schnitzel Sandwich gets most of its punch from the housemade mustard, sporting a mildly flavored breaded pork cutlet topped with lettuce, tomato and cheddar on a pretzel bun. Even better is the Stout Bratwurst, a sloppy but delicious combo of brat with peppers, onions, sauerkraut with pretzel bun and mustard. 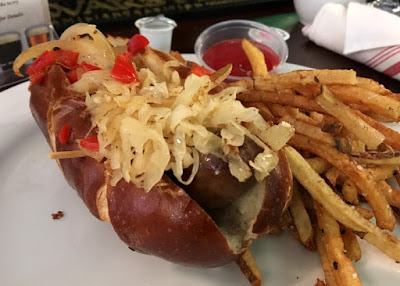 Bottom line is everything is sehr gut on South High these days with Valter's open ofr dining, and we look forward to diving into the menu even further in the near future.