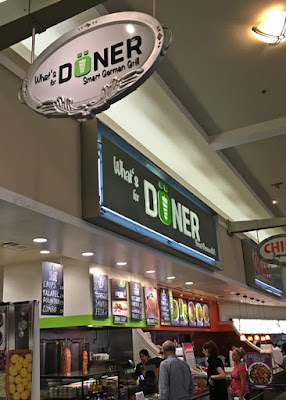 Doner, which consists to seasoned meat wrapped around vertical rotisserie, originated in Turkey and inspired numerous similar creations in other cultures such as al pastor and shawarma. For the three founders of What's For Döner, their take on the concept is markedly German one, unsurprising with the trio's German roots and the döner's popularity as a German street food (which started in the 1970s when the country received an influx of Turkish immigrants.) 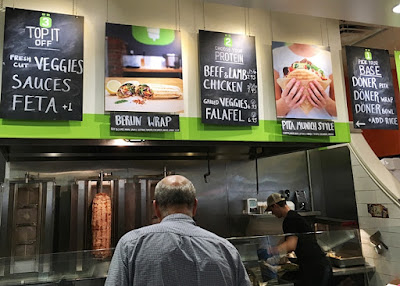 The cleverly named What's For Döner (something of a bilingual pun) pretty much mirrors the standard fast casual model most stateside diners are familiar with: choose your structure (wrap, pita, or a bowl of either salad or rice), your döner protein (veggie options are available for non-carnivores), and then top it off with a variety of veggies and sauces. Freshly fried chips are available with your order, but you can substitute other sides like falafel and fries for an additional cost. 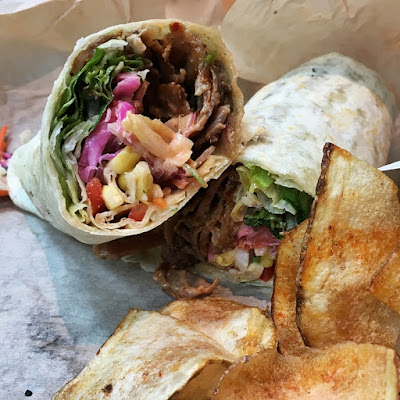 A couple of standards are available in their Berlin Wrap and Munich Pita, so I decided not to think too hard and grab the former with lamb.  Generally speaking, its easy to see why this place has become as popular as it has: the food is tasty, relatively healthy (or as healthy as you want it) by mall food standards, and its novelty outdoes any of its neighbors. The potato chips could've used about 30-45 seconds more in the fryer (some of these thin, curly strips were nicely crispy, others were floppy), but if I were hanging at Polaris Fashion Place for the day, I could easily see myself eating here again. 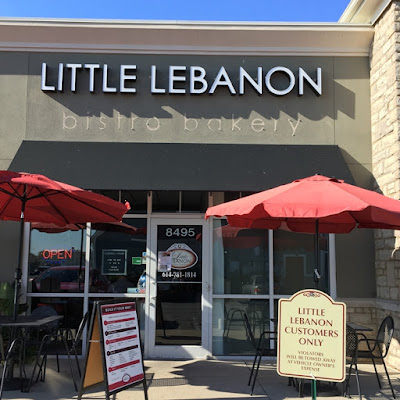 In a similar vein, I had heard that one of my favorite eateries in the Polaris area had also gone the fast casual route for the lunchtime hour, so I decided it was time to pay a visit to Little Lebanon (which I had written about previously on this blog post) for a sampling. 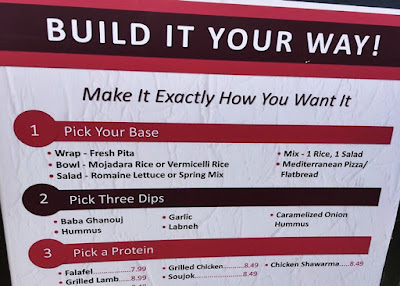 With all the folks who work for massive Chase Financial complex within proverbial stone's throw, it probably wasn't surprising that Little Lebanon adapted the fast casual route for lunch. The structure is basically like most others but if you look closer, Little Lebanon adds a lot more variety than typical, adding a flatbread option as a base, as many as three dips, and proteins such as Soujok and Kefta. 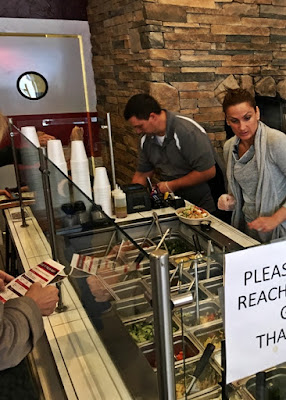 There also seem to be a lot more bowl topping options than the usual, but the behind-the-counter staff were quite proficient at explaining your options in a speedy manner. For those wanting to add a sweet kick to finish off your meal, an assortment of Little Lebanon's popular sweets are stashed on trays behind your servers at the ready. 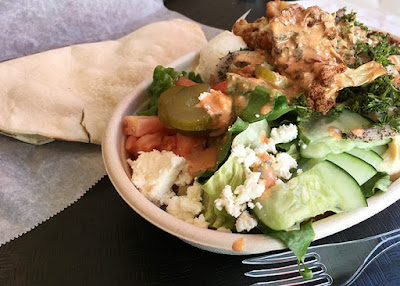 I can happily say that the vibrant flavors and fresh textures I've experienced with past Little Lebanon dishes have translated well into the fast casual format. If you go the bowl route, you'll get a LOT of food for the price; even adding in a small pop and one of their freshly-baked pita breads with my Falafel Bowl barely eked me over $10, and gave me a nice cache of leftovers for later that night.