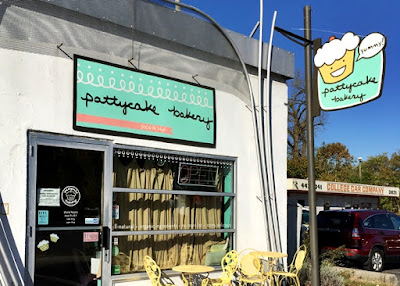 I could say Pattycake has great pastries (and they do; more on that later), but it holds a little special place in my heart in that it helped ease the transition here to the Buckeye State. Ironically enough, it was another California transplant in Peet's Coffee (which had a brief and somewhat strange run here in Ohio, as I detailed in this blogpost) that set this up long before I had a notion that I would ever move to Ohio, much less heard of Pattycake itself. 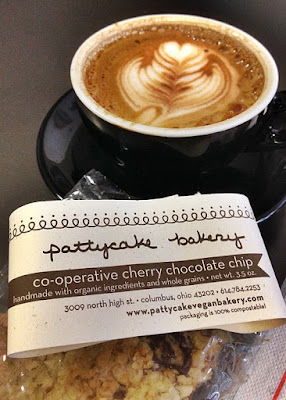 Call it the cherry chocolate connection. Peet's was my go to coffee place on most workdays back in San Francisco, mainly because it was solid coffee (much better that other mermaid-logoed place we're all familiar with) and it was actually open at 0-dark-thirty in the morning when I got into town.

On the other hand, Peet's baked goods generally ranged in the mediocre to average in my book. Sometimes I'd have the time to hit another place for food, but when I didn't, I could always rely on their Banana Chocolate Cherry Bread to provide me with a satisfying pairing with whatever coffee drink I decided on that morning.

Flash forward a few years to when Dayton-based Boston Stoker (which I blogged about back in March 2016) held its original and unique (it was basically co-located with a credit union) location at Neil and W. 11th Avenue right next to The Ohio State University.

Occasionally, my job allowed me to pop out of work early, and back then Boston Stoker turned out to be conveniently located for an afternoon espresso-style drink. On one of those first visits, I sought out a treat to go with my drink and was immediately drawn to the words "Cherry Chocolate" on Pattycake's Co-op Cherry Chocolate Chip Bar.

In many ways, that day felt like a Peaches & Herb moment ("reunited and it feels so good"), and it became something of a regular ritual for me until Boston Stoker's moved onto bigger digs in Victorian Village. 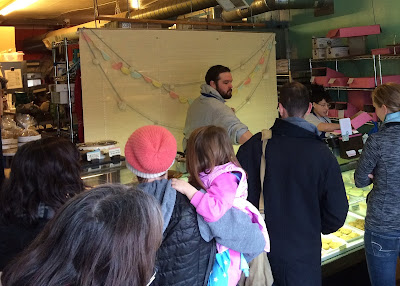 Nowadays, more often than not, I find myself at the source at Pattycake's home location, where you can spy their nattily attired baked goods layered atop and within their display cases. 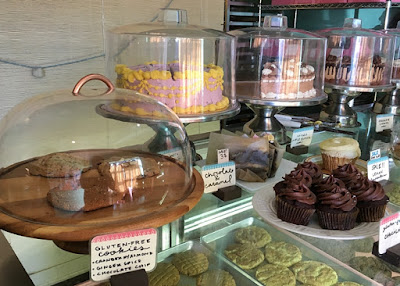 Can't go wrong with the cookies, in my mind: I really haven't found a bad one in the bunch though their take on the classic Tollhouse Cookie wins out a little more than others. 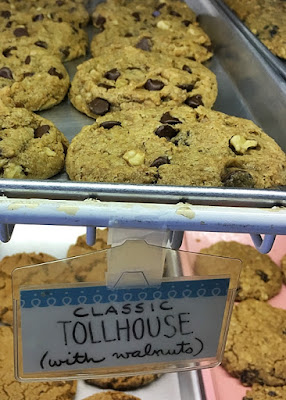 I'm not a cake person, but when I see beauties like this Vanilla with Orange Cardamom, I sometimes question myself why. I do know I am a pie person, and Pattycake has recently brought pie to their roster, adding just one more reason to drop by their shop. 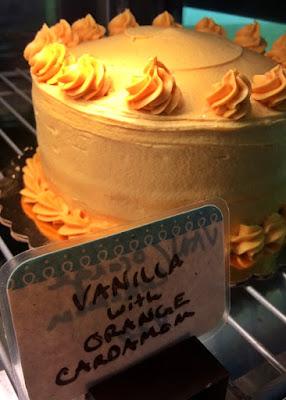 Need more? How about Buckeye Bars, Whoopie Pies, Cupcakes, and batches of house-made granolas to grab and go....or maybe even a muffin, like this Carrot Cake beauty which will please the icing lovers in the world as well. 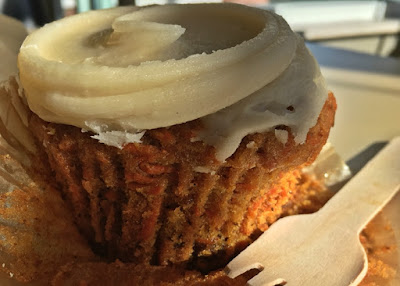 It's more than enough to set tongues a wagging, and frankly it's making me hungry.  I think I'll go fetch another Chocolate Cherry Chip...stat. 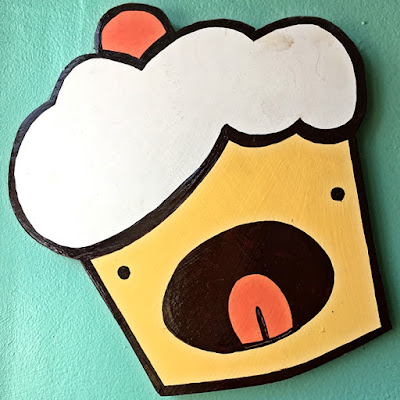