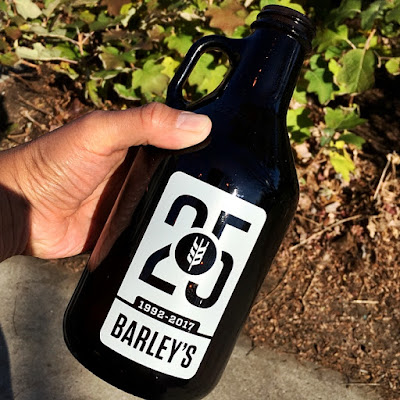 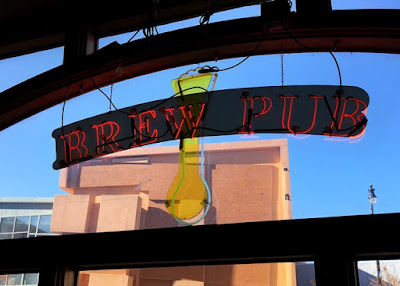 Flash forward to six years before this year’s tour, which is the last time my brother-in-law got to visit Columbus (interestingly, it was roughly the same time period as my arrival into the Capital City.) There were a few more arrivals to the scene such as Lancaster’s Rockmill Brewing, Elevator Brewing, Barley’s Smokehouse (formerly but no longer officially connected to Barley’s Ale House) and the now defunct Neil House. Brothers Drake had been brewing its meads for several years, and both Watershed and Middle West Spirits were starting to gain notice.

This year's tour, which was a half wing-it/half on-the-fly affair, simply wouldn't have been possible back then. In my mind, not only would it be a great day out with family and friends, but also a perfect snapshot of the modern Columbus craft beer and spirits scene reaching maturity, with dozens of craft beer and spirits purveyors and a highly successful Columbus Ale Trail promotion.

It was only natural that Barley’s was the first stop on this day’s tour: I wrote about them not too long ago on the occasion of their special fancy 25th Anniversary Dinner, but this visit was a much more familiar and typical experience. 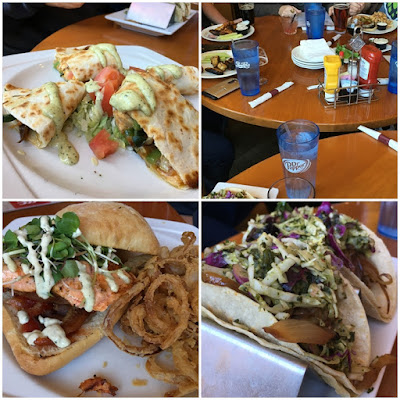 With a couple of friends joining us on our journeys (and even Angelo himself taking a break from his brewing downstairs to say hello to all the gathered), we all dove into those familiar and tasty brewpub food items, with Mildred’s Sauerkraut Balls a must. Brews from the Blood Thirst Wheat and the Grand Cru to the classic Scottish were drunk in earnest and only showed the appeal this grand dame has gained over the years, for both the novice and seasoned craft beer drinker alike.

After a brief interlude through the nearby North Market (another place my brother-in-law and spouse were eager to visit), we dropped by what was a mere and unfunded idea six years ago. The folks behind Oval Brewing launched their Kickstarter in February 2012, happily made their goal, and set sails in a neighborhood whose revitalization was still in its infancy. Nowadays, what is now Land-Grant Brewing is firmly ensconced as a Franklinton anchor and community gathering spot. 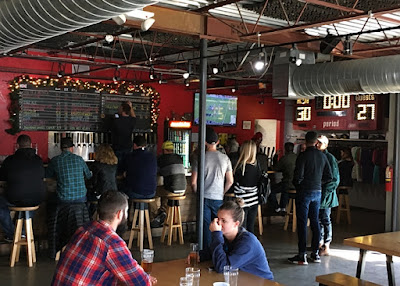 I've come to believe that Land-Grant has one of the best branding schemes of any Central Ohio brewery, and their gathering spot status was only further cemented with their recently announced partnership with local BBQ guru Ray Ray's. The flagship beers for me ranged early on in the average category, but their seasonal (Beard Crumbs has become a favorite of mine) and specialty projects (such as their Barrel-Aged Deep Search Baltic Porter and Batch 300) have made me take more notice of their brews. The Barrel-Aged Caber Wee Heavy I had on this visit may be my favorite yet. 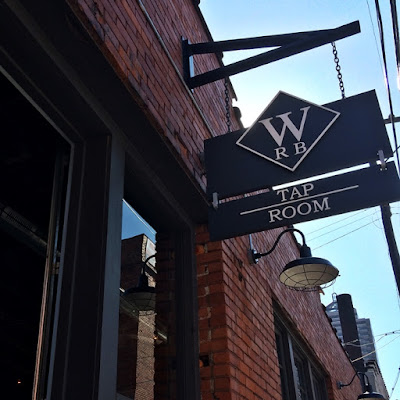 Our next stop, Wolf's Ridge Brewing, made more waves initially for its food when it opened in 2013. Once people figured out Seth Lassak's dishes rivaled the quality of other fine dining restaurants in the area, Wolf's Ridge reputation as a great food destination was established and has not wavered. In fact, Columbus Monthly's most recent Top 10 Restaurants places the restaurant number two for 2017 (this factoid also reminds me that my spouse and I don't nearly get out here enough for the food.) 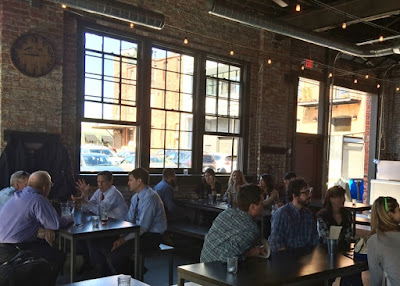 However, we do get out here the beer, which has recently received more recognition in its own right. The brewery's ability to infuse coffee into beer styles beyond the usuals and medals from numerous competitions can be seen on display in the brewery/restaurant's back area Tap Room, which opened up in 2015.

The space proved to be a natural if more casual extension of the main restaurant, combining fine food in the form of small plates with a swath of 20 beers and 4 wines on tap in a rustic, industrial setting.  By this time, our party had swelled into the teens, so we just caught our breath for a bit and hung out, sampling beers like their Terre Du Sauvage Blue Wild Ale and their Dire Wolf Imperial Stout. 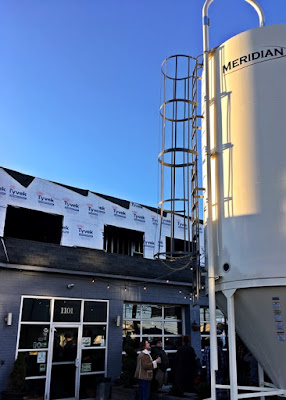 Our fourth stop on this tour, Italian Village's Seventh Son Brewing (which I wrote about roughly one year ago today), might be the perfect example of this scene's maturing period. Similar to newer arrivals like Four String and North High, Seventh Son has taken on some serious expansion, losing their signature back patio (one of the best places for hanging out and having a brew) until their production facility is built out behind the original building, complete with rooftop patio.

Not only that, but the brewery is joining a growing list of locals venturing into the sour beer realm, joining folks like the previously mentioned Wolf's Ridge, Kindred Brewing, Platform Beer and Pretentious Barrel House when the Brewery District-located Antiques on High completes its build out.

Despite the more cramped quarters on the day of our visit (the back room was reserved for a party), the sunny and relatively warm day (for late November anyway) made hanging out on the patio more than acceptable. The bustle inside was apparently so appealing, the brewery's most valuable asset in Old Horatio aka Assistant Manager Cat was ready to receive the adulation from a swath of craft beer seekers and fans alike. 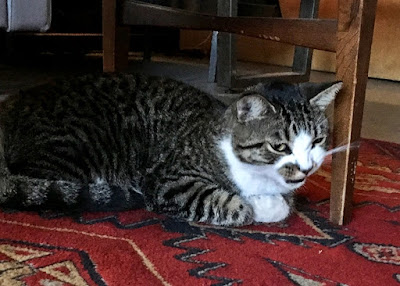