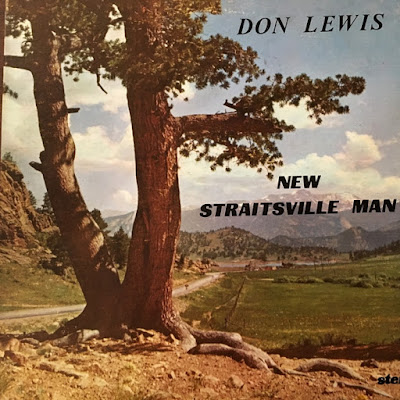 Artist/Song: Don Lewis - "Drinkin' Moonshine"
Album: New Straitsville Man (Kale Records)
Genre: Country
Liner Note Sampling: "Don grew up in the New Straitsville area of Perry County, Ohio. As he says in his song - "right down close to the Perry-Hocking line." This is coal country and the song FIRE IN THE HOLE is part of his heritage. It is country that honors close kinships and traditions."
Impressions: I admit the "sparse" album cover caught my eye, and the album has plenty of that certain wink and a nod humor (most notably in the song "First Country Singer (On The Moon)" that country music seems to sport in droves. Lewis (who grew up most of his adult life in Newark, Ohio) actually has some talent (his 2013 obituary notes he played several times at Nashville's Grand Ole Opry), and the song "Drinkin' Moonshine" relates one of New Straitsville's most popular pastimes.

Next, an album from a Columbus-area outfit with ties to certain particular popular restaurant in German Village... 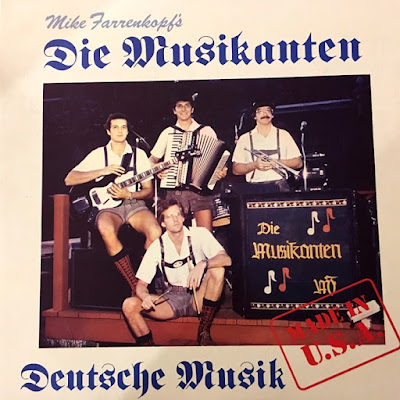 Artist/Song: Die Musikanten - "Wir Wollen Alle Freunde Sein"
Album: Deutsche Musik - Made in U.S.A. (Musicol Records)
Genre: Polka/German
Liner Note Sampling: None of note
Impressions: If you want old polka albums, Ohio's antique stores have more than their fair share,  not surprising with the large German and other Eastern European immigrants who made the Buckeye State their new homeland.

The Columbus connection (Musicol Recording Studios on Oakland Park Avenue has pumped out their fair share of locally oriented vinyl over the last several decades) of this album immediately caught my eye. The name Farrenkopf rang a bell as well, and a little research confirmed my suspicions: a strong connection with a certain, well-known German Village restaurant in Schmidt's Sausage Haus and Restaurant. 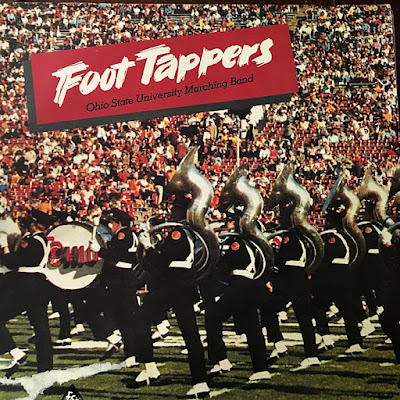 Artist/Song: The Ohio State University Marching Band (TBDBITL) - "Hang On Sloopy"
Album: Foot Tappers (Five Star Records)
Genre: Brass Band/March
Liner Note Sampling: ""Foot Tappers," they call this latest tour de force by North America's most celebrated juggernaut in brass. And it's a rare listener who can hold toes in check when Director Paul Droste and his ebullient Buckeyes unveil this latest collection of traditional and contemporary winners...these "Foot Tappers" are among the most provocative they've ever attempted."
Impressions: Maybe like all these albums, many of the pieces recorded here (interestingly enough, on a Redwood City, CA record label) are firmly rooted in the music of the time, as exampled by "Fanfare for Rocky" (from the movie), and marching-band adaptations of pieces by jazz musicians Buddy Rich, Chick Corea and Chuck Mangione.

The album even reaches back to the past with a little polka jam in "Oxen Polka", and includes a rendition of "California Here We Come", a nod to when Pasadena and a trip to the Rose Bowl was the ultimate destination for any Big Ten football team.


Hope you enjoyed this little sampler platter, and I wish all you readers a wonderful Thanksgiving!
Posted by Joe