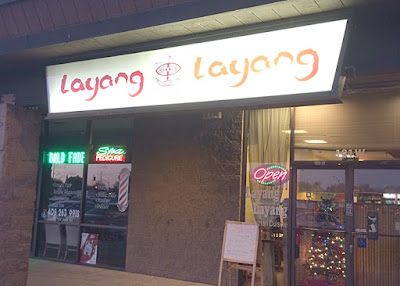 As great as the time was that I spent in Malaysia for a few weeks in the late 2000s, there are a few things I either regret and/or miss from that time. One of my biggest regrets was not taking notes (and pictures) of all my food experiences, though to be fair, my blogging focus back then was more about another favorite past time of mine (running.) As far as the things I miss, there are many but some of the best were the simplest: inexpensive iced coffee in plastic bags, the perfect drink for hot and humid days; the view of the Petronas Towers from my hotel windows at night; and the chance to chow down one of their national favorite dishes, the homey and spicy Char Kway Teow (essentially, fried flat noodles) just about whenever I wanted. This is a country I would go back to in a heartbeat given the opportunity.

Since my return, I haven't had the chance to sample the cuisine, despite the opportunities both in the Bay Area and, interestingly enough, Columbus (Worthington's Merlion was a place that closed less than a year after my arrival to the Buckeye State.) That was until a conveniently located Layang Layang in Milpitas gave my spouse and I the perfect opportunity to dive back in for a brief dalliance.

Layang Layang (named for a popular diving spot/island/reef  in Malaysia) has had more than a decade of presence in the South Bay, starting up in 2004 in Cupertino, with later locations in San Jose and Milpitas. The Milpitas location stands in a strip mall a mile north as the crow flies from The Great Mall of Milpitas (a former Ford automobile plant.) The interior of this eatery is fairly spacious, with bright colors but not much in the way of accents (other than the faux thatched-roof fronting the cash register/kitchen area, there wasn't much beyond a few small pieces of artwork and kites dotting the wall. 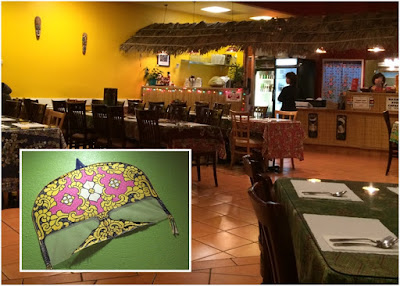 Malaysian cuisine proved to be one of the more diverse cuisines I have encountered, with well-established in-country Chinese, Indian and Malay culinary traditions blending and mixing in with both colonial (Dutch and British) and neighboring country (Thai, Indonesian and Singaporean mainly) influences. Layang Layang covers a good gamut of what I saw in many Malay-oriented eateries, including various rotis (breads), Nasi Goreng (fried rice), and various Mee (noodle), Ikan (fish) and Rendang (red curry) dishes.

We munched on their good version of the ubiquitous Roti Canai, a Indian-styled flatbread with a mildly spicy curry dipping sauce while we waited for our entrees. We were both hankering for noodle s, so I went with my long-missed Char Kway Teow while my spouse grabbed a Belacan Pearl Mee, sub-labeled as Mouse Tail Noodles. The noodles on my dish weren't as wide as many of the versions I had in Malaysia, but it had the requisite spicy kick with enough shrimp and bean noodles to satisfy my memory bank and taste buds.

Meanwhile, the noodles in my spouse's dish did indeed resemble mouse tails. I knew that belacan (what I grew up knowing as bagoong alamang, or shrimp paste) is pretty pungent stuff, but this dish matched just enough shrimpiness and sambal spice to make for another winner. Paired off with credible versions of iced coffee and tea drinks, it made for a nice little dinner before a nightcap in San Leandro at Cleophus Quealy.