For explanation of the subject title header, please see this prior blogpost.

I had wondered on my most recent sojourn to Northern Michigan whether Mackinac Island, a place I had visited two decades previous to this trip, would be substantially different from what I remember.

As it turned out, it really wasn't. Mackinac Island has always had a Hollywood-esque aspect to it in my eyes, with its gorgeous houses, numerous horse-drawn vehicles, architectural spectacles (The Grand Hotel being the most prominent) and other well-preserved historic buildings and structures throughout its four square miles of land.

With that said, there's nothing inherently wrong with that, and one of the beauties of the island is you can choose generally when and how much you want to dive into that vibe.

Getting to the island is easy enough: three ferry services go to the island from ports in Mackinaw City and St. Ignace. Our hotel had discount tickets to Star Line, and they did a perfectly nice job of getting us both to not only the island but also our hotel via their shuttle service. Drivers going to the Mackinaw City side also had a choice of ample satellite parking lots by which to leave their cars.

If you have never been on the island or it's been awhile between visits, take some time after you disembark to absorb the environs. Stroll leisurely through the downtown, focus on the details of the well-manicured residential houses, take in the vista of Lake Huron and the Mackinac Bridge, and feel the clip-clop of horses' hooves and clanking of carriage wheels when they rumble by your spot.

We had thought about renting bikes (the ferries generally will let you bring your bikes over for a small additional fee) but decided we would hoof it on foot instead. Also, we made the determination to stick with mostly the historical and nature-based aspects of the island and keep the overly touristy aspects to a minimum.

Our main focus for the morning was Mackinac Island State Park, just outside of the downtown area to the north. The park, which had held national park status in the late 1800s, includes one of the most prominent structures on the island: Fort Mackinac. This military post, which was built by and occupied for much of its active time by the British in its early years, had fallen into disrepair before the state took it over before the turn of the 20th century.

For a modest admission fee ($12 per adult, $7 for kids 5-12 years of age), visitors these days can view the fort as a nicely restored facility with numerous set displays that detail not only the fort's perception and place with the surrounding populace (which changed quite tremendously in its two centuries of existence) but also the life led by soldiers stationed at the fort while it was still an active military installation. Generally speaking, life as a soldier was no piece of cake. 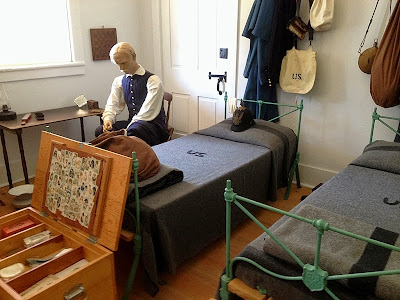 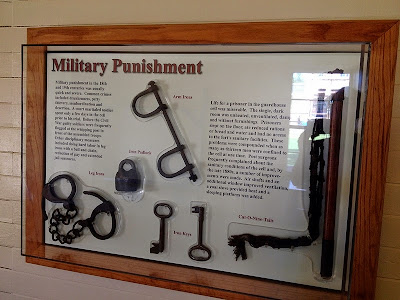 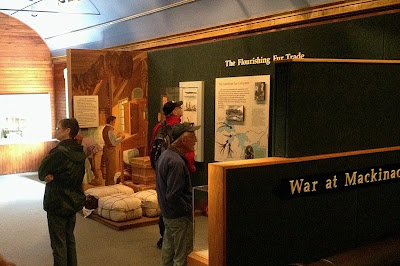 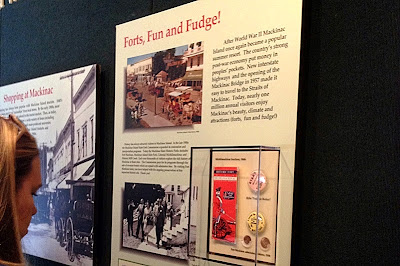 There is an interactive living history aspect available as well for visitors. Actors portraying various fort personnel who can answer any questions you might have can be found wandering about the property. More detailed demonstrations such as artillery firing and bugle corps music are also held regularly throughout operating hours. Kids also have their own displays where get they can get a taste of Mackinac's olden days. 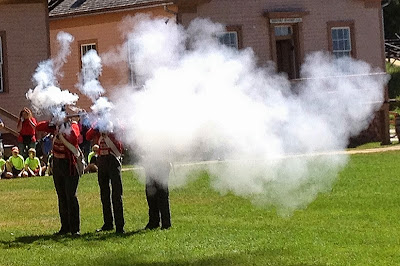 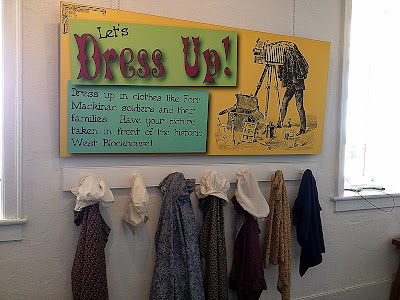 After spending a couple hours at the fort, we headed back into downtown. Unlike most of our vacations, breweries were not one of the main focuses of our trip, but we were both intent on finding some places to sample some of Michigan's finer craft beer. Fortunately, we were able to suss out a place fairly close to where we disembarked for some fine brew with our food. 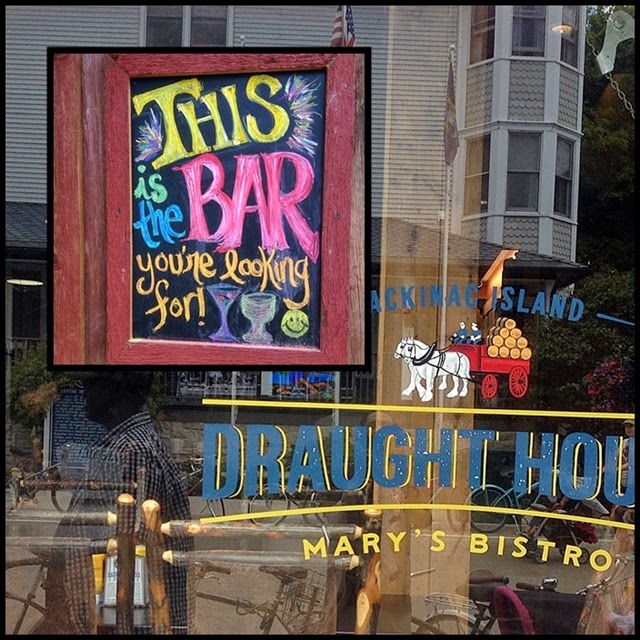 The Draught House, associated with Mary's Bistro next door, is the island's first craft beer bar, sporting 50 craft beer tap handles. With nearly 40 of these taps dedicated to Michigan-brewed beers, the restaurant sports a nice array of beers of all styles, mixing in more familiar names like Bell's, Kuhnhenn and Founders with some lesser-known local breweries. 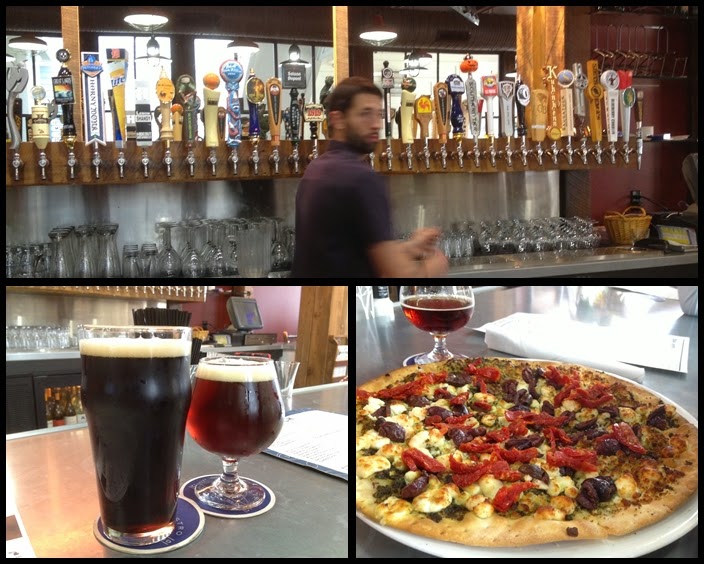 A bonus aspect of this visit was the crowds, or rather, lack of them. With the Draught House being right next to the ferry launches, most of the morning rush of island visitors had already spread themselves out across the island, leaving the downtown area perhaps a little less crowded than normal (the fact that it was the middle of the week probably helped with this effect as well.)