Two things struck us on our trip into Savannah, which holds the status as the state of Georgia's oldest city. Firstly, the city is highly geared towards the tourist, perhaps more so than most. The placards at the Visitors Information Center advertise numerous tours based on a variety of subjects (architecture, cemeteries and ghosts, and movies, to name a few) and all manner of transportation (trolleys, boats, Segway scooters, horse-drawn carriages, and good old foot power) at the ready. 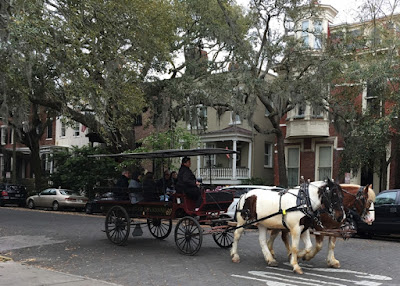 And while any of the tour companies there would love to have your business, the other thing that struck us is that the city's layout allows you to explore the historic parts of the city by foot pretty easily. In fact, Savannah is a prime example of the term "walkable city" with relatively short blocks, numerous town squares, and a reasonably straightforward street layout.

While city transit does have the dotExpress, a free downtown shuttle not unlike Columbus' CBUS Circulator, we found it no problem to walk from the north end of the city next to the river to one of the city's most popular destinations (the pretty Forsyth Park Fountain, which interestingly enough was ordered from a catalog back in the mid-1800s) and back again. In the process, you'll almost certainly stumble into interesting little corners of this city of just under 150,000 people. 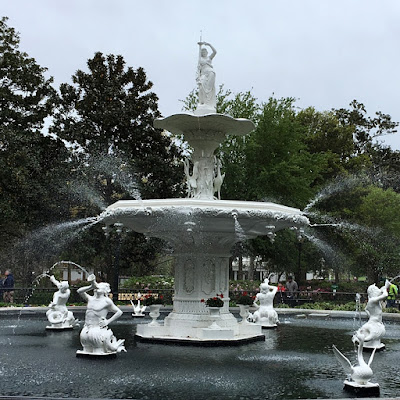 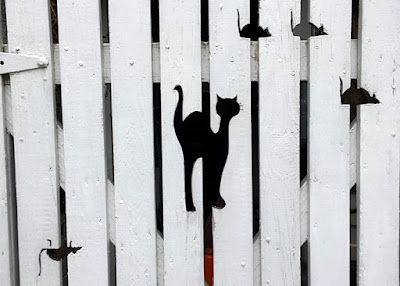 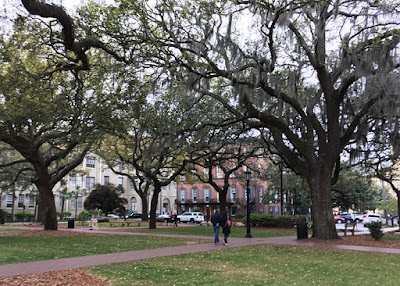 We spent a good chunk of our morning downtown at the historic City Market area (think of something like Galveston's The Strand, or Old Sacramento in California's capital city) and dropped by a relatively new arrival in the American Prohibition Museum, touted as "America's Only Prohibition Museum." 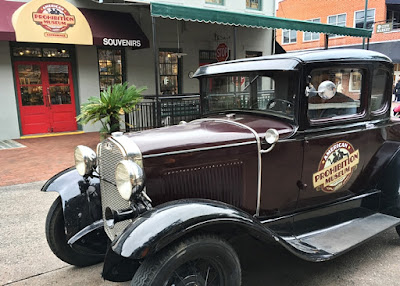 The history leading up to America's Prohibition period is a fairly extended affair (famed documentary movie maker Ken Burns' take on it was a three-part, five-and-a-half hour treatise), with numerous locally-based tangents that can enhance and enrich that palette. One might wonder if a relatively small-sized space (just over 5,000 square feet) could possibly cover the topic's breadth but this museum does the trick in fairly breezy fashion, using a variety of informational media, life-sized wax figures and display pieces, video, and docents to cover the all the basics. With Ohio being a center of one of the biggest factors leading up to Prohibition in the Temperance Movement, it was unsurprising to find quite a few Ohio-based items for viewing. 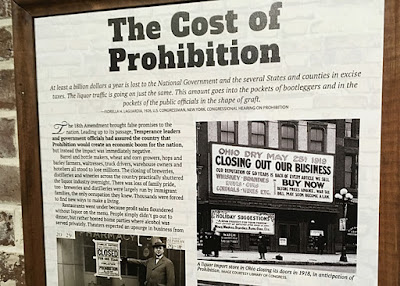 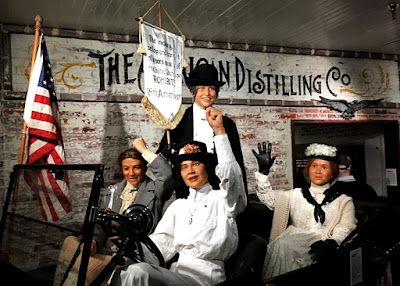 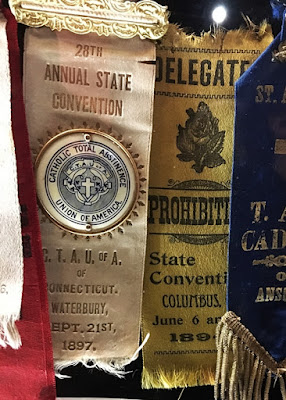 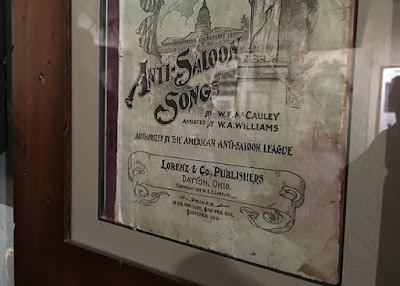 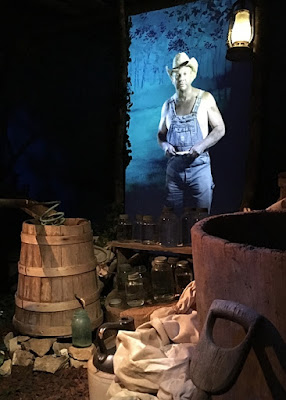 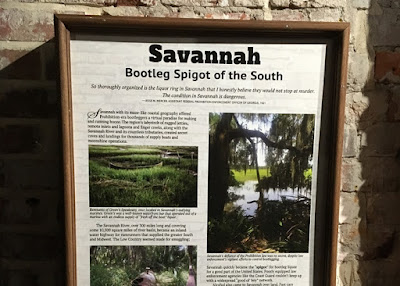 Perhaps the neatest surprise was the speakeasy bar (with requisite code word needed to gain entrance) placed roughly two-thirds through your journey to the museum. You don't HAVE to order a cocktail here (side note: it was nice to see spirits from Ohio's Watershed Distillery and San Francisco's Old Potrero from Hotaling & Co. (formerly known as Anchor Distilling) on the shelves) but it certainly helps to enhance the history you're ingesting here. Add that to a reasonable admission price ($13 per person, or less if you package it with the city's Trolley Tour) and you have yourself a worthwhile stop, especially if you're a history buff and/or have an interest in the topic. 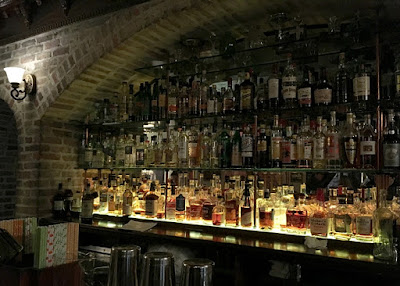 We proceeded from there to the ocean to wander about Tybee Beach. Tybee wasn't too unlike other beach communities we've wandered through with that distinct laid-back vibe, but that vibe gets incrementally multiplied (in a good way) during the low season. It's simply easier to connect what draws people to places like this in the first place: the comfortable feel of wind-blown sands beneath your feet, the sounds of ocean waves crashing on the shore, and the smell of salt water and sea life. 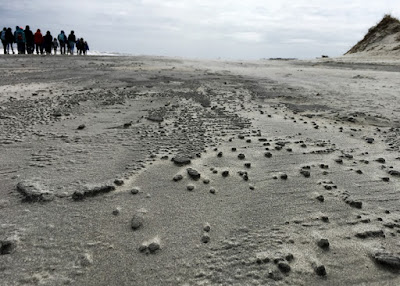 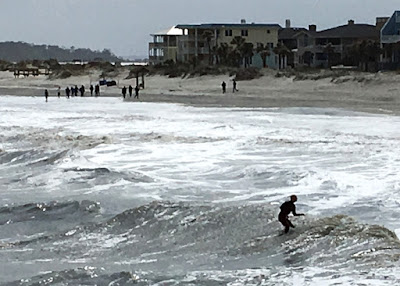 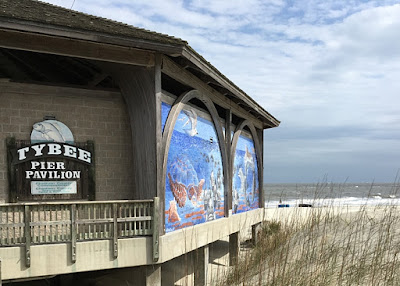 After lots of wandering this day, a casual, no-frills waterside restaurant seemed like the perfect wrap up, and we found the perfect candidate in A-J's Dockside Restaurant. 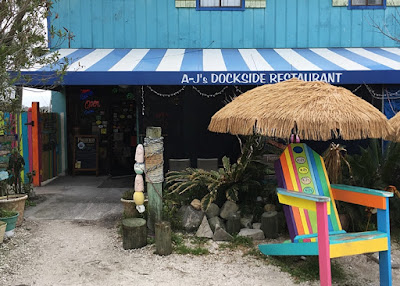 Like many restaurants of this type, A-J's will not remind anyone of the finest gourmet seafood outlets. Everything is geared toward the beach/boat life (one sign on an entrance door warns boaters that their dock is not meant as a "docking lot" to visit other parts of the area), and in some ways the atmosphere is equally if not more important to the experience as the quality of the food itself.

With that said, we had a fun time at A-J's: we dug the decor, our service was friendly and prompt, and two of the three dishes we had were pretty good in their own right, including some nicely fried conch fritters and a satisfyingly rich crab soup. Also, bonus points given for having some locally produced craft brews available along with the typically available macro lagers. 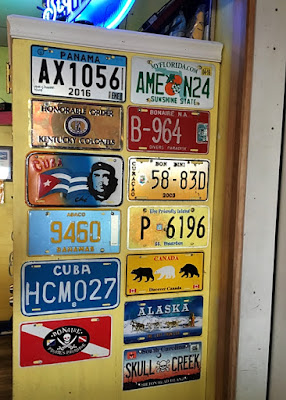 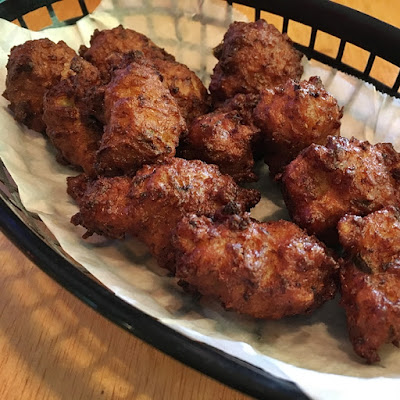