Going for the Whole Grains: Return to Yellow Springs (Pt. 2)

After ingesting our daily allotment of fiber with a little bit of a sweet treat (courtesy of the 22nd Annual Wool Gathering at Young's Jersey Dairy, the subject of my last blogpost) we ventured further down US 68 into the downtown area to grab our whole grain allotment for the day, in the form of some finely distilled spirits and brewed beers at two Yellow Springs institutions, conveniently located at the same light industrial complex just north of downtown. 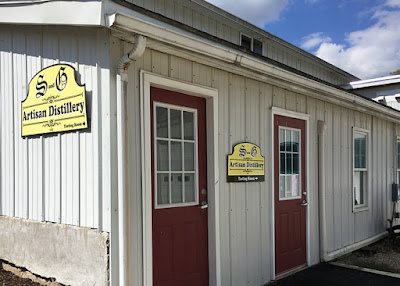 Like Isaac Hayes might sing, S and G Artisan Distillery is really easy to walk on by, especially if you have the craft beer of Yellow Springs Brewery on your mind (more on that later.) We had noticed the building ourselves on our last venture into the complex and luckily for us, unlike that first visit, the tasting room was open. 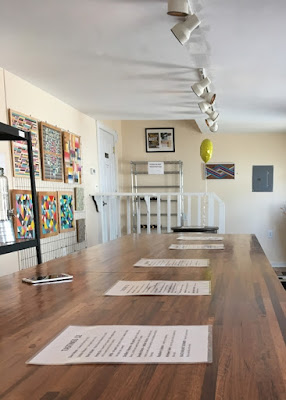 Releasing its first spirits to the public in October 2012, S&G is run by the husband & wife team Hajo and Kerry Scheuner, who were fine hosts as we walked into what was initially a fairly packed tasting room. As Kerry explained to us, they had been on a three-month hiatus just two weeks prior to our visit to take care of some personal business, and there was some doubt as to whether they'd reopen. However, numerous inquiries from fans of their spirits encouraged them to get the tasting room going again. 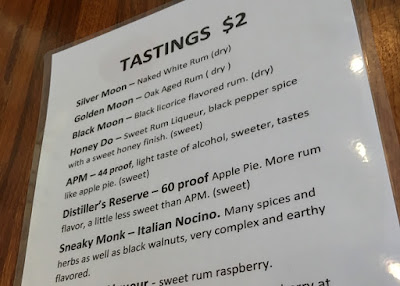 Tastings run at a reasonable $2 per pour, with a wide ranging array of spirits (all composed of Hajo's recipes that he brought over from his homeland of Germany), including a really intriguing Sneaky Monk Nocino that would make a perfect complement to Watershed's fine version, as well as a uniquely created schnapps distilled from a stout produced by Yellow Springs (you can get a taste of if you buy a bottle of their spirits, which we obliged with a bottle of their sweet and peppery Honey Do rum liqueur.)  Overall, we found S&G to be more than worth the stopover if you're in the area.

Our next and last stop on this day was figuratively a stone's throw from the front door of S&G in the form of Yellow Springs Brewery. 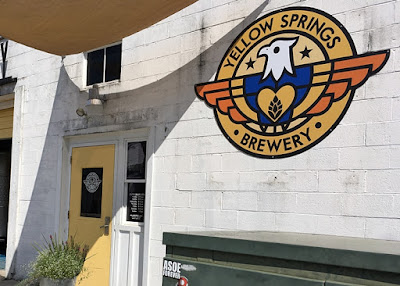 Our first visit to Yellow Springs Brewery in 2014 found us in a functional space (the brewery was opened to the public in April of 2013), something akin to Columbus' Sideswipe Brewing in their early days, with beers that were mostly in the average category. As we found out, time does have a way of changing things.

The most noticeable change has been to the taproom's interior, which has progressed from merely functional to a truly welcoming space to hangout, with plenty of chairs and tables for crowds, the usual brewery staples like board games, an assortment of overhead lamps, local art on the walls, and an outdoor deck area for hanging out during warmer months. 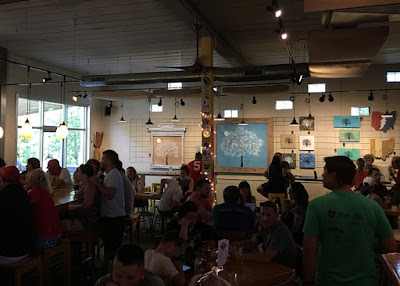 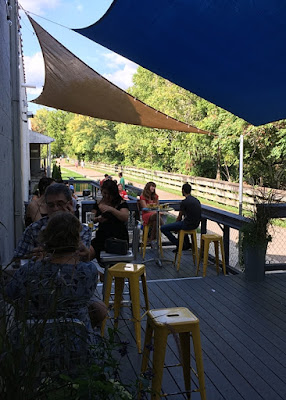 Despite what we thought were fairly average brews during our first visit, Yellow Springs showed they had the chops to brew good beer, copping a silver medal at the Great American Beer Festival for their Smokin' Handsome Brown Ale (not on tap the day we visited, unfortunately.)  On this visit, we were overall much more satisfied with the flights of beers we sampled, with our favorites lying in their Boat Show IPA and their Tropical Paradust, a fruit-infused version of their popular Captain Stardust. 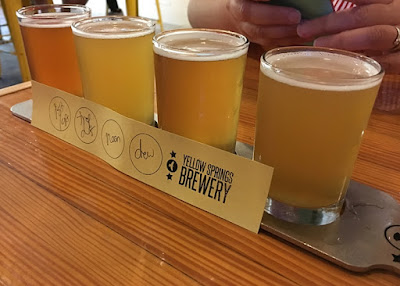 The brewery has fairly limited options for food (the Young's Dairy cheese platter was unfortunately sold out), but they have a regular rotation of food trucks during the warmer months. On this day, Harvest Mobile Cuisine was on the lot with creations that combined a bit of decadence with a bit of the healthy, such as their Land and Sea BLT, combining smoked salmon, uncured bacon and goat cheese with the usual lettuce and tomato on a ciabatta roll. 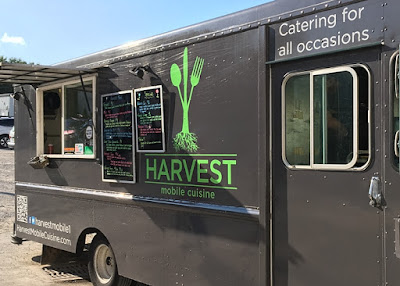 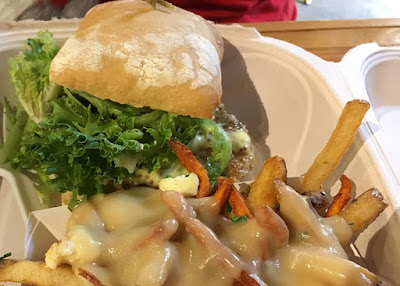 Combined with a Harvest Burger (a turkey burger with white cheddar, greens, and dijon aioli) and Poutine (hey, you can't stay too healthy, right?), plus some conversation at our table with another couple who had also visited the Wool Gathering earlier in the day, our time at this brewery which strives to "Craft Truth From Power" made for a perfect coda for our return to this distinct little strip of the state. 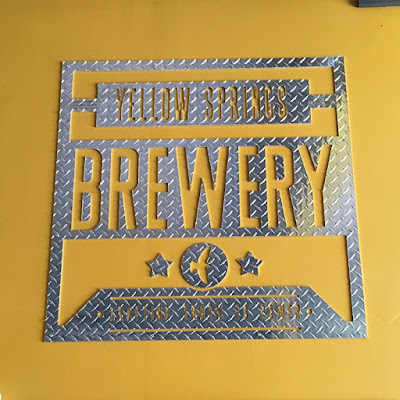