As it turned out, my cinnamon-quest food crawl turned out to be a wonderful experience for me, both in the treats I found and in the places in finding new places to explore. As I figured out shortly afterward, I enjoyed the experience so much that I wanted to repeat the quest to another part of the metro. On this latest journey, south and west were the watchwords, with a general goal of trying out the best that each of my destinations had to offer. 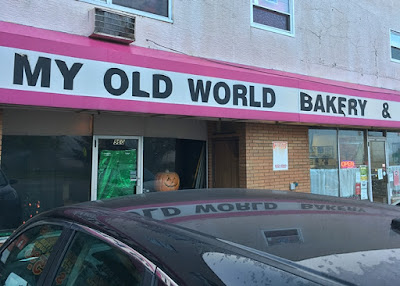 My Old World Bakery, located in the Southwest section of the metro, will never win any "Most Photogenic" awards, and its goods will never considered haute couture or cutting-edge.  What they do have is good old-fashioned "rib-sticking" sweet treats in a mom-and-pop styled atmosphere. 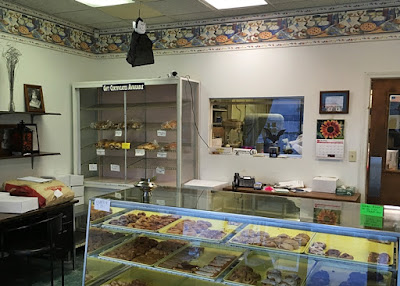 Operating in their current location since 2001, I got to chatting with Terri, the main force behind this little shop. She noted that she had been baking since the late 1950s, with 20 years at the now defunct French Loaf before opening her shop. 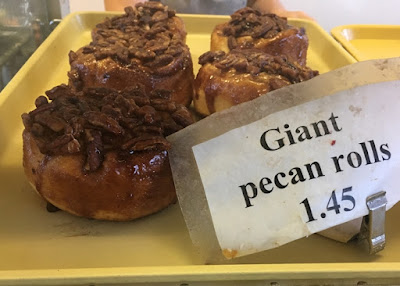 Like I alluded to before, there's nothing super fancy about My Old World Bakery - the usual assortment of rolls, donuts, cookies and more are on trays that seem to date back to the 1970s, with handwritten note cards depicting things like the "Bored Baker Special" (essentially, the crossing of both a pecan and an apple sweet rolls.) In another display case, home-baked pies share the spotlight with baked goodies for your pooch from Ace's "Good Boy" K-9 Cookies.

With that said, there are a few unique things I haven't seen at other area bakeries, such as Pepperoni Bread and Rolls as well as year-round Springerle Cookies (Terri had only baked them during festivals and holidays, but popular demand made them a regular  item. 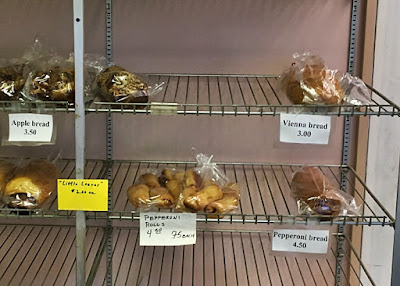 I snagged a couple of Springerle Cookies for my spouse, who loves these anise-laden cookies (I am not a huge fan of anise flavors) and asked Terri as to what her customers go for. Aside from various donuts, she pointed me in the direction of the Beehive Bites, which are the more portable version of her Beehive Cake. Essentially, a mini-cake sandwich with a big custard-filled center and crunchy topping of toasted almonds and honey, this is pretty decadent stuff, and easily a tummy filler if I decided to eat it all right then and there. However, I had more places to visit and more treats to eat, so this acted as grazing material the rest of this day. 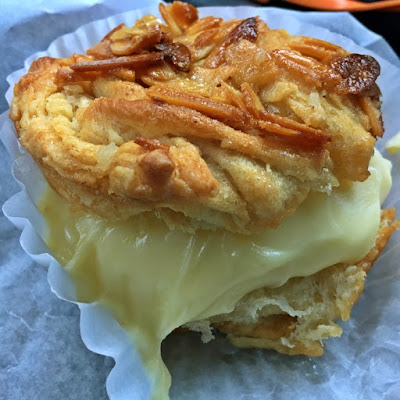 After visiting My Old World, a big caffeine injection into my system was top priority, so I headed back into town into the Brewery District to check out the new location of Das KaffeeHaus von Frau Burkhardt at popular FM radio institution CD 102.5. 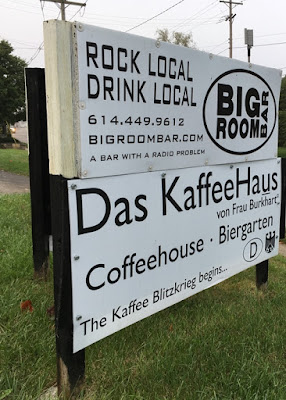 Founded by Joe and Amy Contino, Das KaffeeHaus initially setup shop in Lithopolis before landing a second location within the metro at the former Zauber (now Endeavor) Brewing space in Grandview. The cafe later moved into its current radio station digs in spring of 2017.

This cafe is a cheeky interpretation of German coffeehouses the Continos encountered during their time in the country, which offer up loud music and a pub-style atmosphere. If nothing else, the music component is taken care of easily at their new digs, as visitors can listen on the live broadcast of CD 102.5 once inside (the space inside also holds the radio station's Big Room Bar and accompanying performance space for live music acts.) 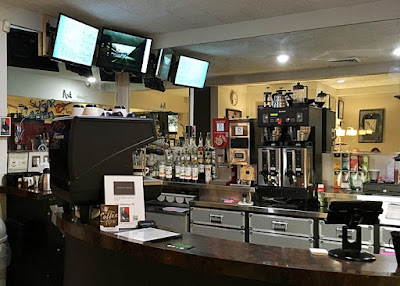 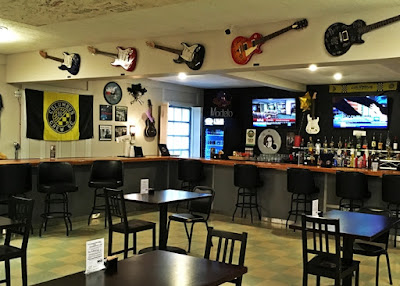 All the standard coffee drinks are available here, with some of their stronger concoctions being my favorite, particularly their Rote Augen (the Red Eye and my choice this day) which blends espresso into their coffee for a nice eye-opening experience.

While pastries were not in the target zone today, Das KaffeeHaus offers up some pretty sumptuous choices, including schneckens (Rolls) and strudels, danishes and creme puffs, and the cutely named Umlauts (frosting-coated Cake Balls).  Any of these treats are almost certain to satisfy the Naschkatze in you. 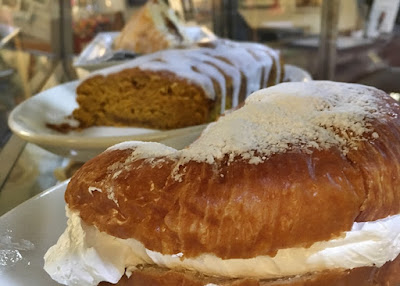