As mentioned in my previous post, my coffee at Das KaffeeHaus was meant to put some caffeine into the system to get me fully awake for the day. It also had a secondary purpose of slowing me down so I could digest the rich Beehive Bite sweet treat that I had acquired from My Old World Bakery, an old-school neighborhood shop located in Southwest Columbus. By the time I departed the space, I was ready for some more exploring the city's south and west sides.


My next destination wasn't all that far away, as it turned out, as I ventured southeast to Merion Village, which historically served as home to numerous immigrant groups as well as the workers that powered the once bustling industrial hub that was the city's south side. It is this neighborhood that serves as the current home to gluten-free baked goods specialist Bake Me Happy. 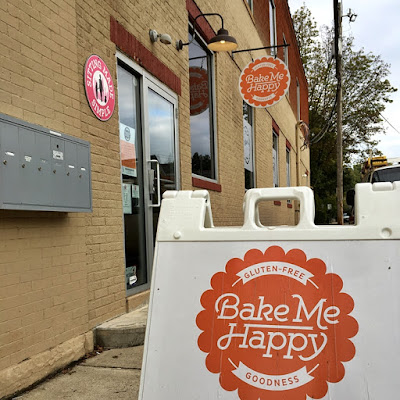 Established by partners Letha and Wendy Miller Pugh in September 2014, Bake Me Happy is one of the larger mom-and-pop-style bakeries that I have encountered, not surprising with the number of commercial accounts the business has acquired over the years. The spaciousness added with ample sunlight from outside makes for a welcoming experience 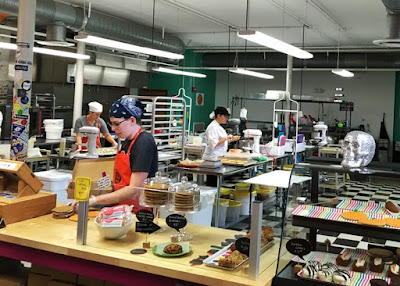 The walk-in counter is as appealing as any other smaller bakery, with their wares laid out neatly at the main counter in trays and display cases. For those who'd like some coffee with their sweet treat, the bakery offers java made with beans from one of my favorite roasters in the metro in Thunderkiss. 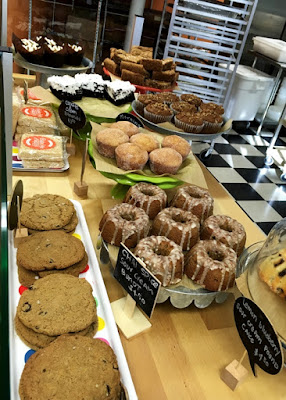 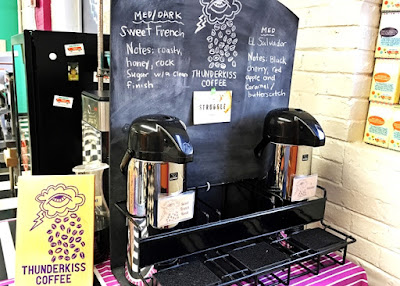 By their own gluten-free bakery goods often have noticeable textural and, to a lesser extent, taste differences from their gluten-based counterparts. Bake Me Happy has taken pride in trying to buck that notion, and a prime example resided in the Ham, Cheese and Chives Scone I ordered to help break the intense sweet from my earlier sweet treat. If I didn't know beforehand that this delicious scone was a gluten-free creation, I wouldn't have been able to tell by either its taste or texture. 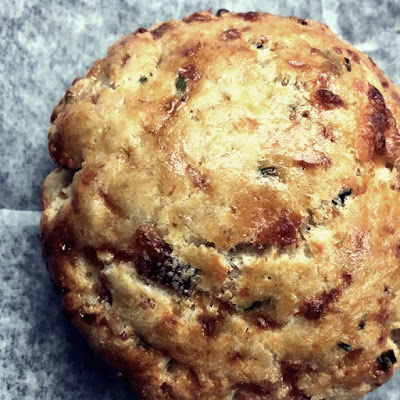 When it came to store favorites, the clerk pointed me to items in their Nostalgic Treat section like the Zebra Cakes (a fanciful take on your classic packaged cupcake), their Spongies (the bakery's take on a Twinkie), and their Oatmeal Creme Cloud Cookies. With a road trip upcoming the next day, I opted for the cookie. As it turned out, the texture difference from standard molasses cookie was more noticeable, but the taste was spot on, with bonus points for excellent marshmallow creme within.

Interestingly enough, Bake Me Happy is due to open up a new space (conveniently located across the hall from their current space) that is due to open the end of October. Not that I needed another reason to drop by this Merion Village bakery again, but that's a nice little additional incentive for another visit (preferably sooner rather than later.)

After Bake Me Happy, I took a few hours off the food-hunting trail to take care of a couple of errands and get my first lawn raking for the autumn. Once I finished, I figured a nice hearty lunch was in order, and lucky for me, it was late enough in the day where I had a hunch that I'd have a certain taco truck basically to myself. 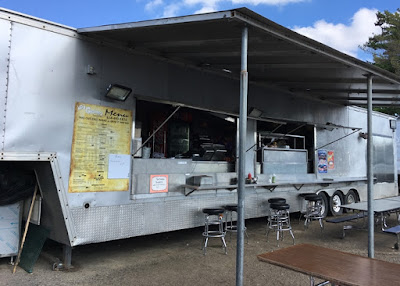 Like many people of the metro, we are mightily happy that Los Guachos, a nationally renowned king of Al Pastor (Food Network named their Al Pastor tacos #3 in their "Top 5 Tacos in America") has two brick-and-mortar locations in the metro. But as convenient as those two restaurants are to us location-wise, I think their food truck, located next to La Boom nightclub in far western reaches of the Westgate neighorhood, adds a little something something extra to their creations. 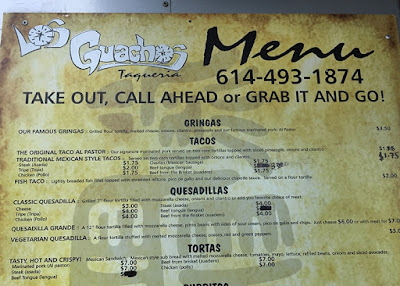 All the selections that you find at Los Guachos' brick-and-mortars can be found here, as well as that unique blend of red onions, soy sauce and habanero peppers that we have adapted for some of our homemade taco ventures (bowls of limes and sliced "cleansing" vegetables like radishes and cucumbers were also available, as well as bottles of their salsa.) 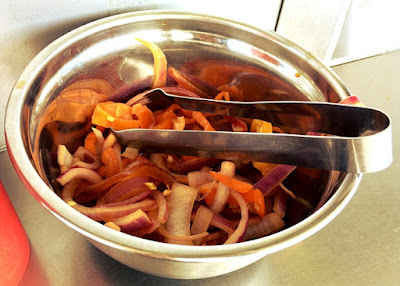 As much as I like their tacos (their Volcanes and Juanas are pretty darn good as well), their Gringas, featuring a grilled tortilla topped with their al pastor, cilantro, pineapple, onions and melted cheese are my favorite item on t heir menu.  I was looking forward to the Al Pastor spiciness, but this is where my attempt at Spanish foiled me. Instead of my order being interpreted as "Dos Gringas y La Horchata", it was interpreted as "Dos Gringas con Asada." 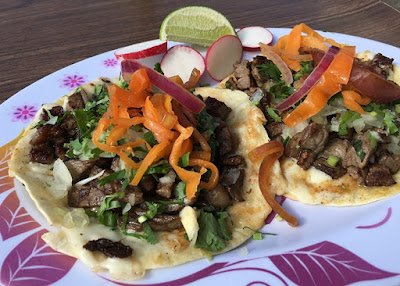 Despite the misinterpretation, I looked at this as an opportunity to try something new (I don't typically order steak just because I prefer Al Pastor and other proteins more) and these Asada Gringas turned out to be very very delicious, and I made sure to slow down to enjoy every bite. With that said, I cast a little bit of a longing glance at the massive trompo loaded with all that lovely Al Pastor as I left, and I made a little promise to myself that another visit to any one of Los Guachos's locations would be made in the very near future. 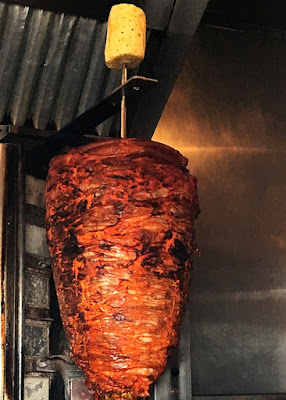