A quick little weekend jaunt up to the Detroit area found my spouse and in the company of long-time friends. Even as short as this visit really was (not much more than 24 hours), we as a group got to feast quite nicely, not only on home-prepared Indian delights courtesy of our hosts, but also a couple of culinary jaunts on the town to a popular area brewpub as well as Italian eats from a James Beard nominee chef. 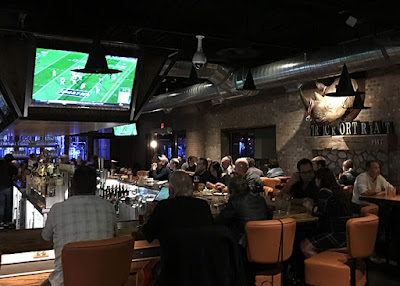 Opened up within the space of a former racquetball club in June of 2016, Parker's Hilltop Brewery quickly became a popular haunt for the locals. Indeed, the space was buzzing with activity even on a relatively later evening arrival for a weekend meal.

The space reminded us a bit of something you'd find in a typical sports bar (plenty of TVs for sports viewing) with the feel of a place like BJ's Restaurant and Brewhouse with a twist of Dave & Buster's to boot, with plenty of mostly adult-oriented activities such as a giant-sized Connect Four game as well as bumper pool, bar shuffleboard tables, and dart boards. 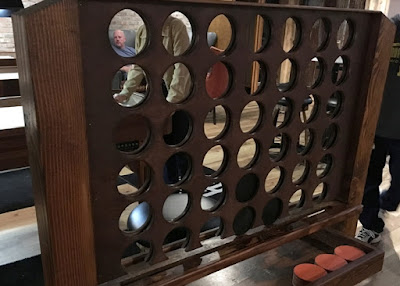 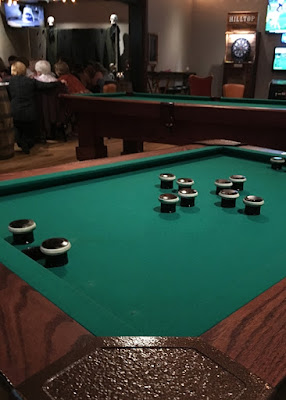 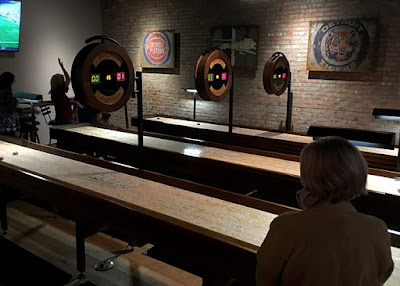 Food wise, Parker's main dishes (at least the ones we ordered) were substantial but somewhat average, with the Portabella Burger the favorite dish winner.  However, the brewpub's side dishes made up for that somewhat - my spouse's creamy Roasted Corn & Green Chile Chowder sported a nicely spicy kick (one that I wish my Jalisco Chicken entree had); other tasty sides included my Orzo Salad, our friends' Hilltop Fries (slabs of well-prepared potato slabs that were twisty like potato chips), and the cookie that came with their Kids' Meal.

The craft brews on tap were also on point, with our favorites residing in the Blanks Session IPA (which avoided the one-note flavor aspect that many session beers have, and was my spouse's favorite brew this night), the $1,000 Stout (nice mouthfeel and a pleasantly dry finish), and the delicious caramel-like notes found in their Tough Girl Dopplebock. 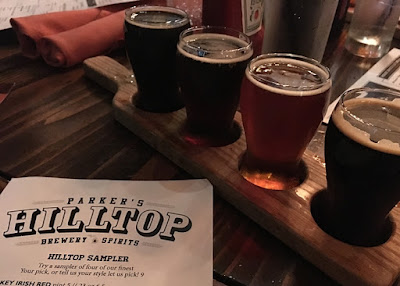 The next day, we ventured down to Royal Oak and had an early dinner at Bigalora, a contemporary Italian eatery with several locations in Southeast Michigan. 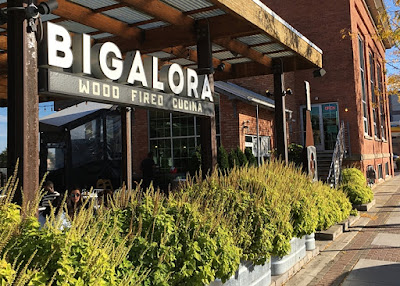 Bigalora's signature concept resides in its use of an ancient Italian natural-yeast starter (a biga) for its pizza dough, which is allowed to ferment for 72 hours before baking. 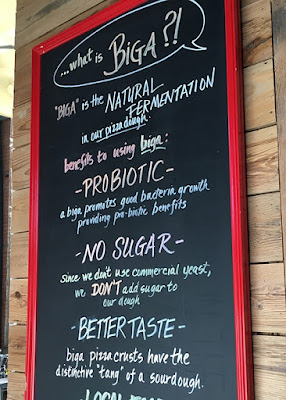 Combined with their custom-made wood-fired oven and a relatively short bake (900 degrees for a 1 1/2 minutes of bake time), it lends their pizza crusts an airy texture, with a pleasant chew and a light tang. The pizza "bones" made for perfect sauce dippers and provided a lovely base for pizzas such as my white sauce Potato Pizza, which topped Bigalora's house-made mozzarella with a potent Gorgonzola, potato slices, artichokes, and rosemary (our friends' Wood Roasted Vegetables red sauce pizza was equally as enjoyable.) 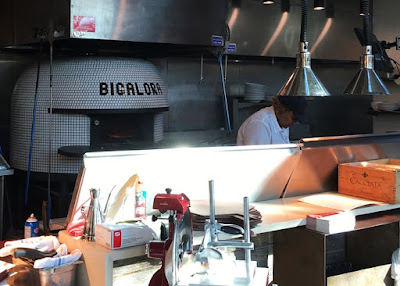 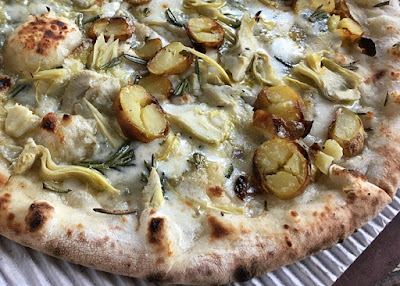 A chance trip to New York City to meet up with a college friend a few years back brought my spouse with her first dreamy encounter with Linguine with Clams, and she's been looking out for similar dishes on Italian restaurant menus since.  Bigalora's Spaghetti Clam Sauce proved to be a big hit with her, with plenty of clams and a taste profile that reminded her a lot that NYC experience. 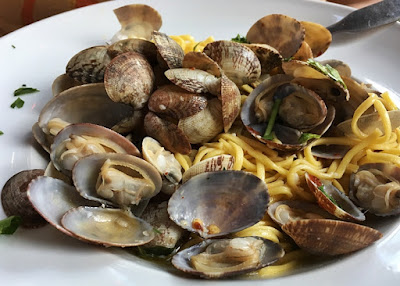 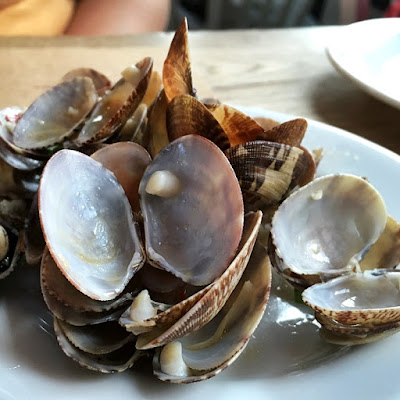 Fussy kids can be a challenge for any restaurant, and our best friends' young ones did prove to have their moments at both Parker's and Bigalora. At both places, our waitperson did a good job of catering to our friends, with special props to the waitperson at Bigalora for being especially attentive and bringing out a rather delicious cup of their homemade vanilla gelato to bring a smile to these youngsters' faces.

All this, in combination with some delicious appetizers in their Fried Shishito Peppers and Crispy Brussels Spouts, made for a lovely overall experience that we would gladly repeat if given the chance.