A Lovely Sessions Ale: Balboa Park and The Museum of Man

For the first time visitor to San Diego, it's hard to go wrong by scheduling a visit to the urban playground that is Balboa Park. Built on land that was designated for recreation even before the Mexican government was forced to cede the area to the United States due to the Mexican-American War, Balboa Park offers numerous attractions to keep anyone entertained, including gardens, museums, and the internationally-renowned San Diego Zoo.

As we drove in this day, my spouse and I noticed that the park was teeming with trees, a development that would not be anything out of the ordinary. However, appearances can be deceiving - as we walked toward the main thoroughfare in the park, the El Prado, we noticed rather uniquely barked tree that resembled an Banyan Tree with fruit of some sort growing overhead. As it turned out, the trees were Moreton Bay Fig Trees, a native of Eastern Australia.

It also turned out these were not the only unique plants on the grounds. As we found out later, the land where Balboa Park resides had nary a tree when it operated as City Park - wildflowers and various forms of wildlife commonly seen. It wasn't until San Francisco-born botanist and horticulturalist Kate Sessions, often called "The Mother of Balboa Park", made a deal with the city that changed the area's landscape forever. In exchange for leasing 30 acres of land in the park, Sessions agreed to plant a certain number of native and exotic trees and plants throughout the park and city per year.

The buildings that dot this 1200-acre playground have varied origins. The park's big debut to the public was the 1915 Panama-California Exhibition, a world fair styled event that was designed as a way to bring attention to what was then a town of just under 40,000 people. The spectacle more than succeeded, as it was extended into the next year and drew all manner of esteemed visitors, including former U.S. presidents William Howard Taft and Theodore Roosevelt. In fact, it was Roosevelt himself who insisted that certain buildings, which were meant to be temporary constructs, remain permanent, and funding was found to upgrade those original buildings for more permanent use.

Another successful expo, the California Pacific Exposition of 1935-1936, and other development added to the park's inventory of structures. Officials had announced plans for a makeover that would alter the parking and traffic flow in time for the park's 100th year anniversary, but preservationist objections delayed that effort. According to the San Diego Union-Tribune, this plan is now back on track, with a completion date estimated for the end of 2019. 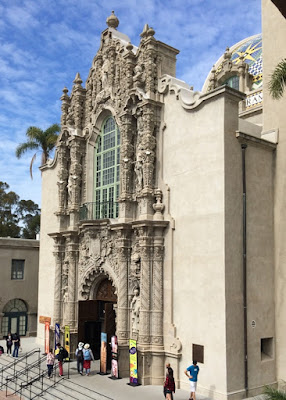 While the San Diego Zoo is most assuredly the park's premier attraction (a special Multi-Day Pass, which includes admission to the zoo admission along with all park museums, is a great deal), we decided our limited time in town would leave the zoo for another visit. Instead, we focused on one of the buildings and areas remaining and restored from that initial 1915 exposition, the California State Building and Quadrangle, better known these days as San Diego Museum of Man. 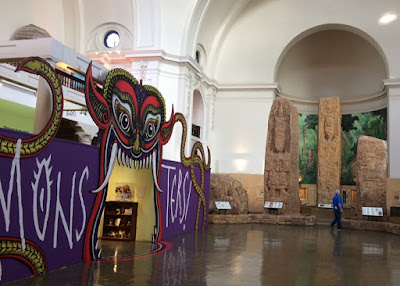 The museum originated from the 1915 Expo exhibit "The Story of Man Through The Ages", which assembled various artifacts and remains from around the world. Efforts of a group of local residents to make the exhibit a permanent museum proved to be successful, with the facility receiving its current "Museum of Man" designation (to emphasize its focus on anthropology) in 1942. 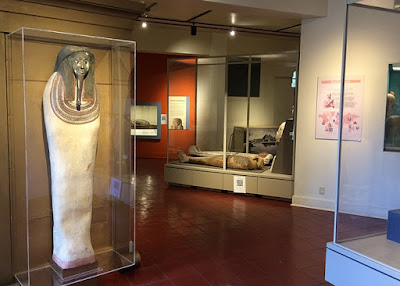 The museum has numerous "traditional" museum exhibits (the Ancient Egypt and Maya displays,as well artifacts related to the the native Kumeyaay peoples, fall into that category), as well as ones related to other anthropological aspects such as evolution and race. All these exhibits are informative and, in the case of the showcase on race, provide a thoughtful look at an often contentious topic.

In addition, the museum uses creativity to great effect here with a number of their displays. For example, their "Monsters!" exhibit offers a look at scary and mythical creatures across numerous cultures, giving kids numerous interactive opportunities to create their own stories as well as draw and detail their own scary beasts. Also completely appropriate to San Diego's status as a craft beer status, the museum's "BEERology" contrasts the modern beer making process with fermented liquids from both ancient and existing world cultures. 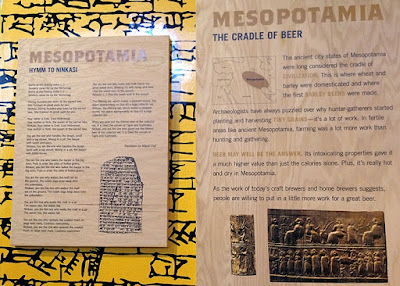 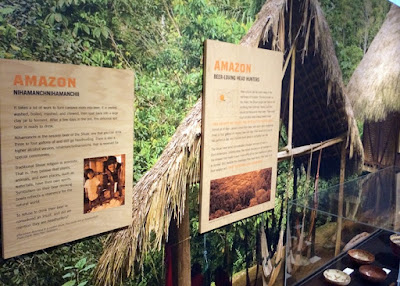 We decided to pay the extra fee for two other additional exhibits at the museum. The concept of cannibalism has been as taboo a topic over the centuries as any, and the pop culture media barrage that one encounters as one enters the space only reinforces that feeling. While indeed there are cultures that engage in this practice, the overriding feel we got was that the fear factor over the years has been overblown. 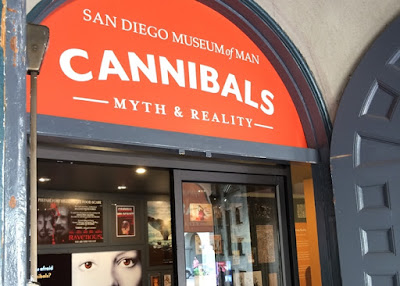 The exhibit does a good job of detailing how the practice has been a necessity at times for "civilized" humans, perhaps no more poignantly exampled by the 1972 Andes Mountains plane crash involving a members and friends of a Uruguayan rugby team. With search crews unable to locate the crash site due to bad information, the survivors were forced to not only send out people who could find authorities, but also contemplate eating the flesh of the dead to survive. Here, one can sit in a candlelit room where a short clip of a documentary featuring survivors of the crash is repeated. In this case, the survivors overcame their moral apprehensions by transforming the eating into a spiritual act. 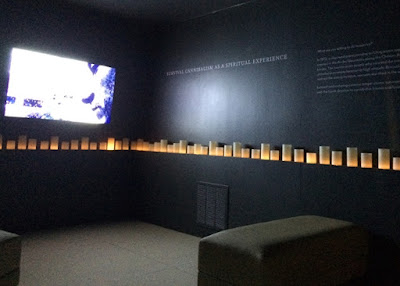 Just as sensational (from a visual standpoint, anyway) is the guided climb to the top of the California Tower, where one can get a prime view of the San Diego skyline and the surrounding park. While the trek upward (and downward) covers over 120 steps, the tour is efficiently setup to allow for a break after each flight of stairs.

At the top (or bottom) of each flight of stairs, our tour guide stopped to provide us history about the tower itself, Balboa Park and the 1915 expo, as well as the related California dome and the 1946-installed electronic carillon (guests are even encouraged to request songs for the carillon to play!) Indeed, the view from the top gives you a nice panoramic view of surrounding area, but actually doesn't give you the best vantage point for hearing the bells of the carillon overhead. Our tour guide urged us to head outside at 12 noon for the daily three song concert. We took up that advice and were definitely not disappointed in what we heard.