Mamma'd smile and say, "Child don't you know
There ain't a thing in this world
To make you fall in love girl
Like the San Antonio stroll"
Tanya Tucker - "The San Antonio Stroll"

San Antonio, clocking in at just 1.4 million people (seventh largest in the U.S.) at the end of 2014, might have changed quite a bit since our last and only visit for both of us, but our visits were too brief to know for certain. One thing we did know for certain was this wouldn't be just any ordinary warm-weather escape for us northern climes living folks.

My spouse fully realized this after hearing the all-Spanish-chatter of gathered diners during a late-night-eats run at the Southern Texas mini-chain Taco Palenque (whose founder started the more familiar El Pollo Loco chain of Mexican quick eats.) Memories of visits to similar eateries came flooding back from her years spent as a grad student in the state of Texas. 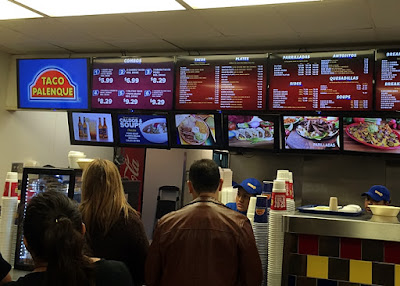 Granted, it's not like you can't find this situation back in my old stomping grounds of the San Francisco Bay Area, or even in Columbus if you look hard enough. But with a 63.4% Hispanic/Latino population based on the 2010 U.S. Census, this is a fairly ubiquitous scene for the self-proclaimed Alamo City.

Much like Columbus, I didn't feel like I was in a big city while traveling through San Antonio, which I found to be a good thing. It's this aspect along with several others that would make this city one of the early finalists were we ever to relocate to the state of Texas. 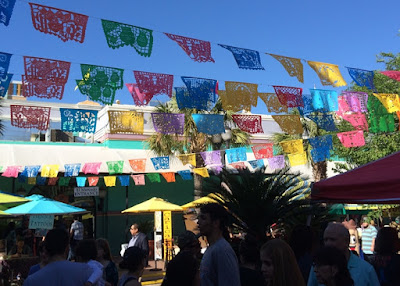 San Antonio’s Market Square isn’t too much different operationally from the big touristy marketplaces I have seen in other parts of the country...or in the world, for that matter. This area and its counterparts attract people from all around, and plenty of enticements and opportunities are offered to separate you from your hard-earned cash.

What sets it apart from the others I have personally visited is the unmistakable blend of South Texas and Mexican cultures that gives it a unique color-laden panache and a distinctly Hispanic vibrancy, from the food stands selling everything from raspas to gorditas to the various vividly decorated tchotchkes, practical goods and just plain-old souvenirs in the El Mercado building and its surrounding shopping areas. 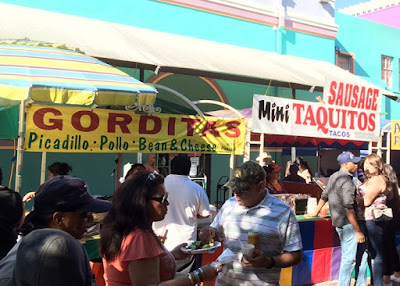 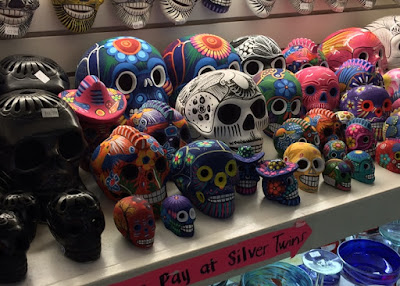 If you're lucky, you may even hear a local band giving a Tejano flair to the proceedings.

What is current-day San Antonio is much better appreciated when you take in the historical perspective, so earlier in the day we dropped by some Spanish missions that we had not visited prior within the National Park Service-run San Antonio Missions National Park (Mission San Antonio de Valero, better known to most people as The Alamo, is not under the NPS umbrella, but is worth a visit for a first-timer to the area) 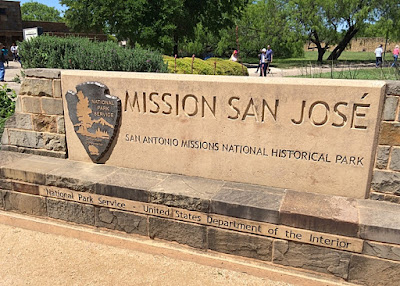 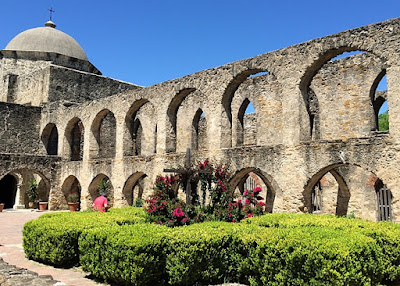 The four missions are spread out over several miles of the city, so some wheeled transportation is needed to all of them in one day. Having lived in California and its collection of Spanish mission, I became familiar with the history of Spanish settlement in the New World, and the relationships (both good and bad) they and members of the Catholic Church had with the native peoples. 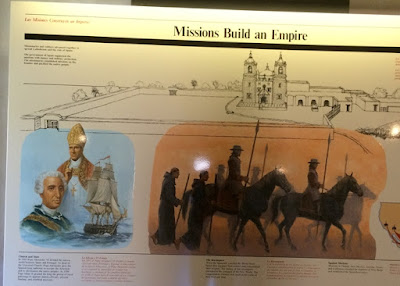 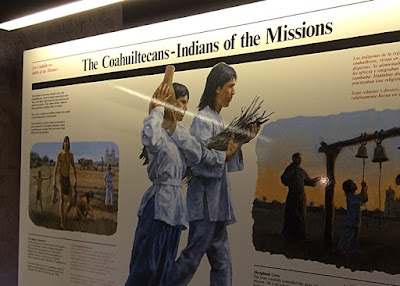 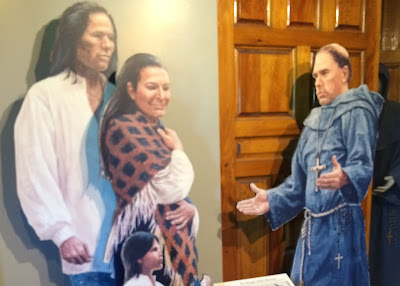 The Texas story lines were fairly similar but with a few differences. mainly in the warrior Native American tribes that the Mission settlers had to fend off (California generally had no such occurrences.) Also, my visit reminded me that many of these missions still serve an active role in the modern day Catholic Church. While I kind of knew this mentally (San Francisco de Asís, the sixth California Mission established, functions as strongly as ever as part of Mission Dolores) I had not actually experienced this in person until my visit to these Texas missions. Our travels this day had us happen on live baptismal ceremonies, large wedding parties, and signs inviting people to join these missions' active parishes in Mass. 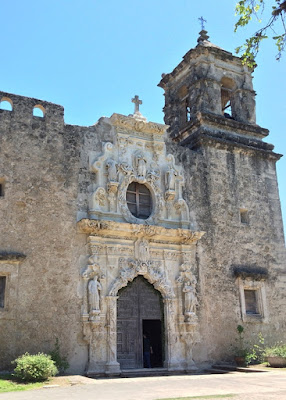 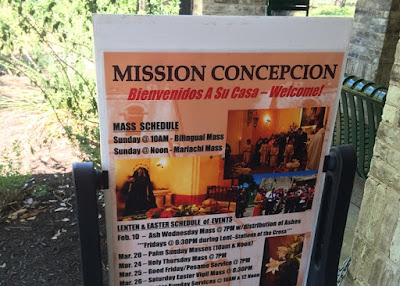 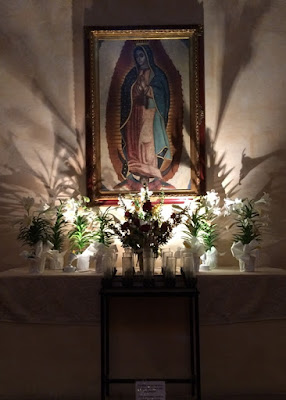 Later, we traveled back to the city's Market Square area to meet up with friends for dinner. This area's attraction wouldn't be what it is today without the work of Pedro "Pete" and Cruz Cortez, founders of the Mi Tierra Cafe restaurant. In something of the prototype of the American Dream story, a loan of $150 back in 1941 to the Cortezes got them the foothold in the form of a small three-table cafe named Jamaica #5. This eatery that would be eventually renamed Mi Tierra became an anchor around which the El Mercado/Market Square area developed and, despite some lean times in the 1960s (the neighborhood was nearly razed by government officials,) thrive. 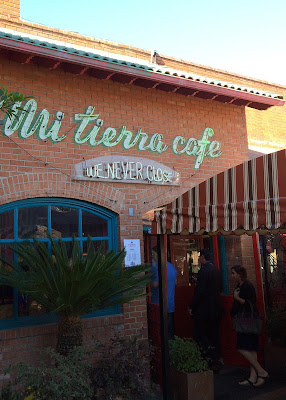 The restaurant's policy of never closing (done to accommodate all working peoples' schedules) has given residents and tourists alike Mi Tierra's vision of Mexican food, culture and history, and has made it a popular destination for new visitors to the city as well as locals hosting friends who are relatively new to the area. And let there be no mistake: these visions are full of flash and color and meant to enliven and overwhelm at times, from two altar-style displays at either entrance (especially important during Day of the Dead festivities) to wandering Mariachis to glittery ornaments and photos and posters galore. 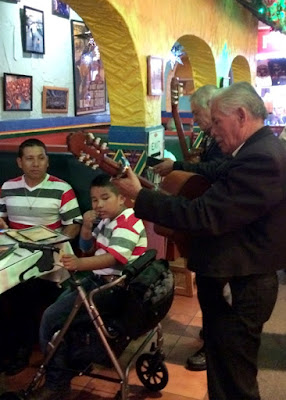 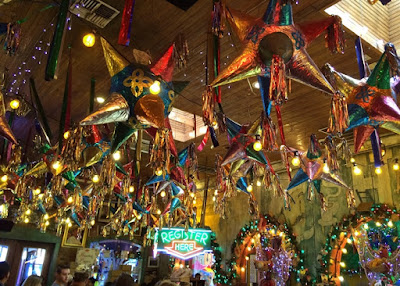 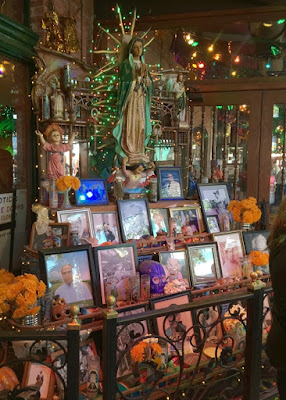 I am certainly no Tex-Mex expert, and I could not tell you where the food of Mi Tierra Cafe lies in the pantheon of these style of restaurants. With that said, we were quite happy with our dishes, and perhaps even more so with the unique atmosphere that Mi Tierra projects.  At the very least, a visitor to the area with a few days to explore the culinary scene can use Mi Tierra as a baseline marker for similar experiences.

Finishing the night, it was impossible to not grab a few sweets from Mi Tierra's panaderia. In some way, this was the toughest part of the day, as all of the displayed treats looked incredibly delicious, and it almost seemed impossible to not find something to satisfy your sweet tooth within those cases. 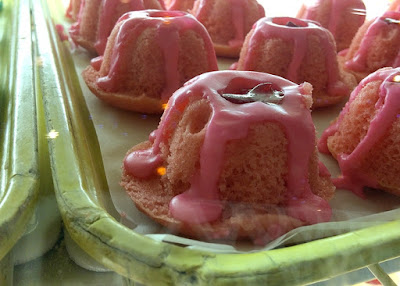 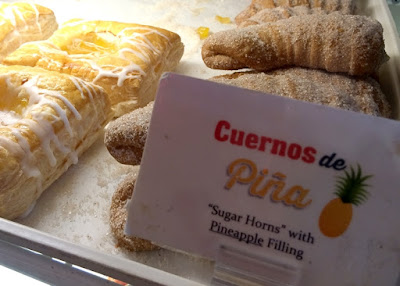 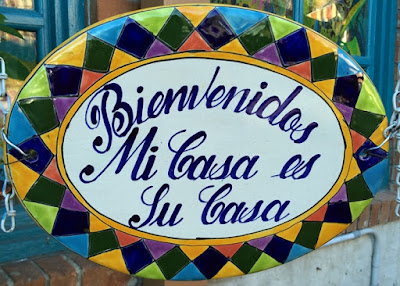