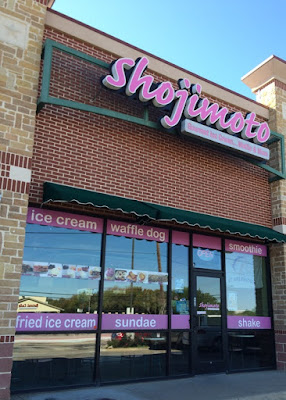 "Go ahead, take your time,"  the elderly woman manning the counter behind me advised between chattering in Tagalog (the national language of the Philippines) with a colleague over the cell phone.

With that scene, I was reminded I was on Filipino time, a state where punctuality isn't necessarily expected nor even desired. Indeed, this was a good thing, as I was contemplating an important decision in the flavors of my ice cream selections. 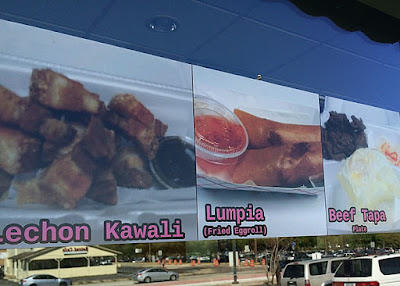 A drive on Texas State Highway 360 through Arlington will give you a good view of the three grandiose attractions (the two stadiums in which the Dallas Cowboys and Texas Rangers play, plus the home of the original Six Flags amusement park) within the borders of this city of roughly 380,000 people.

However, if you wander closer into the downtown portion of the city, the college scene takes over as the campus of UT-Arlington dominates much of the area. For Ohio State Buckeye sports fans who are thinking this college sounds semi-familiar, it was the UT-Arlington Mustangs who broke the 61-game Buckeyes' Men's Basketball team's 61-game home winning streak against non-conference opponents.

While not always necessarily the case, I've found that a more diverse selection of eateries are more likely to be found relatively close to a large campus such as UT-Arlington. As it turned out, it proved to be fertile ground in finding my first dive into the ice cream world for this year in Shojimoto. 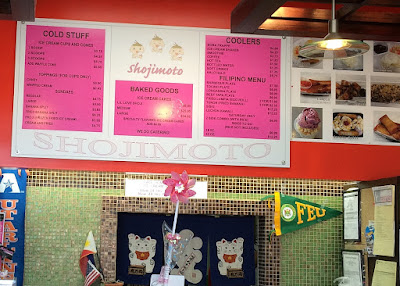 Ube ice cream, made from purple yam, certainly throws off people who can't fathom what purple ice cream should taste like. For me, the sweet root-based flavor of this purpole confection was something that just was real good, and pretty much mandatory on every visit I could gain to San Francisco's Mitchell's Ice Cream. The only decision to be made by me was what flavor would accompany my frozen purple mound of goodness. 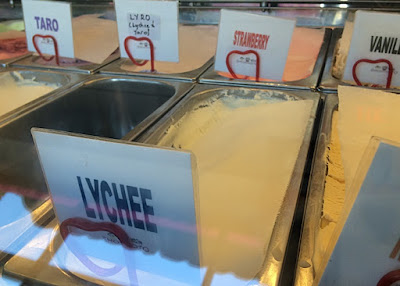 Shojimoto does not have a huge selection of flavors, but the choices they do have are smartly divided betweeen Filipino/Asian tastes and standard ice cream flavors like Vanilla and Strawberry. Shojimoto also likes to combine flavors, which complicated my choices just a bit when I realized the ube was combined with macapuno (their versions of Lychee and Taro were also combined into their "Lyro" flavor."

Eventually, I did decide on the Ube/Macapuno combination along with a straight up scoop of Mango. Both versions didn't match the Mitchell's versions that I grew up on, but they were plenty good enough for every day licking. 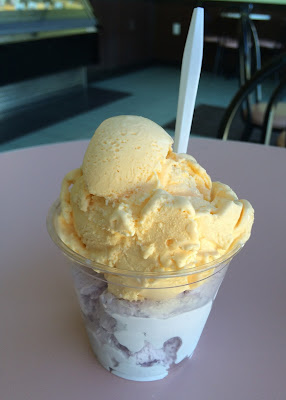 Similar to Columbus' Red Velvet Cafe downtown, Shojimoto offers some basic Filipino-oriented silog (egg) based lunches for more heartier eating with proteins like Longanisa (a Filipino blood sausage), Sisig (fried pork belly) and Lechon Kawali. The Tocilog plate I ordered for take out hit the spot back to the hotel dinner, with a pleasantly sweet cured pork along with straight up white rice and a fried egg. This eatery offers visitors more savory options on Saturday with a little "turo turo" buffet during the weekend. 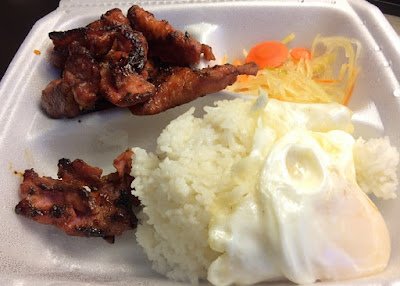 I apparently wasn't alone when I asked the elderly female owner behind the counter about the business' name. Shojimoto seems to have nothing remotely related to Philippine culture. As the elderly female owner chuckled to me as she was scooping out my ice cream, the store was named after their family dog named Shoji, with the "moto" added on later to make the business' name sound more catchy.  She further admitted some people felt a bit misled by the name in that her shop wasn't more Japanese-oriented; however, I'm all but sure a scoop of their ice cream helped soothe any hard feelings those folks might have had in the long run.