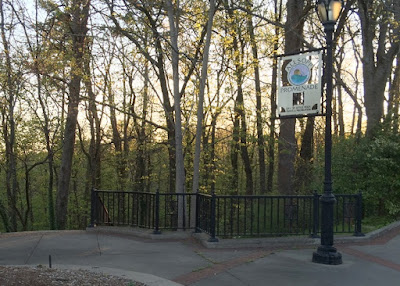 The promenade along Allsopp Park provides a serene, nature-laden backdrop to Little Rock's Pulaski Heights (or The Heights, for the locals) neighborhood. This probably was one of the furthest places in my mind to experience a bit of a phenomenon in the Breton pastry that is the kouign amann. Stateside, the phenomenon started up in the San Francisco Bay Area at eateries like Starter Bakery and B. Patisserie just as I was packing up and leaving for the Buckeye State. But as I and probably millions before me have learned through my travels, good food is where you find it. 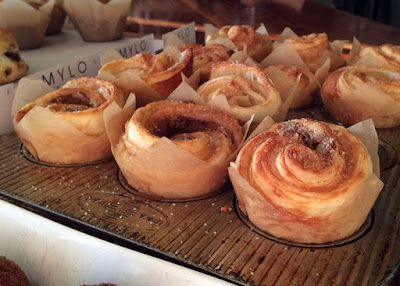 The zeal for food from Mylo Coffee's owners/husband and wife team Stephanos and Monica Mylonas sparked in the United Kingdom. where they began dating. For Stephanos, his focus on local ingredients, already big in the UK at that time, started even earlier on his home island of Cyprus. As luck would have it, this movement followed the couple when they moved back to Monica's home of Little Rock, where the focus on local movement was gaining momentum.

Their baked goods and coffees, meticulously perfected and made now with Arkansas-based sources, became a huge hit on the local farmers market circuit, leading to brick-and-mortar opening along Kavanaugh Avenue in the Heights in 2014. 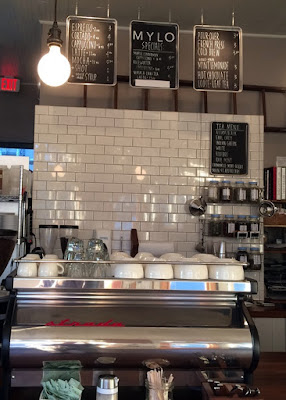 As a Columbus resident, Mylo's space had elements that reminded me of local eateries I've frequented - Fox in the Snow's pastry display, the white tile of Little Eater, the brick walls of One Line Coffee - but taken as a whole, Mylo had its own unique, appealing vibe in its fairly sprawling space. 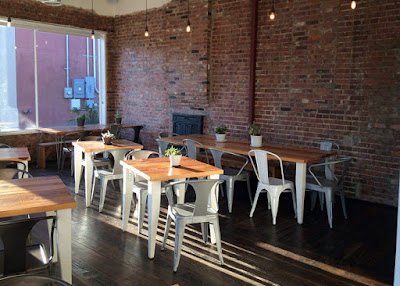 Mylo's menu features a nice variety of breakfast favorites, including more novel items like the Scotch Egg, Mochi Donuts, and their “Hen in a Nest" (a cornbread muffin with local sausage from Freckle Face Farm, Gruyere cheese, spring onion and a soft-boiled egg.) Lunch expands the savory options with sandwiches and something I hadn't seen on a menu before in the "Stew of the Day" (soups and salads of the day are also available.) If you didn't have enough of a sweet tooth, Mylo also offers the small-batch frozen confections of Little Rock's Loblolly Creamery. 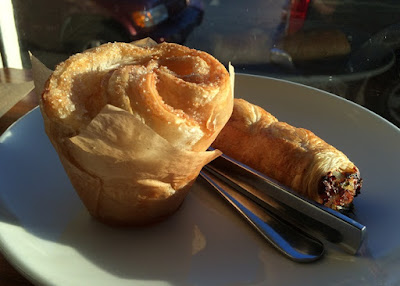 As I had a schedule to keep, I intended to enjoy something more substantial at the cafe and enjoy my kouign amann on the road. My fork crackled into the outside flaky layers of my Sausage Roll to the pleasantly tasty mix of sausage, goat cheese & mustard greens inside, and this would've been a solidly pleasing introduction of Mylo's offerings in and of itself.

But you really can't NOT dive into a freshly baked pastry, especially one I had heard so much hype about. As Mylo offered four varieties of this pastry, I asked for and received the recommendation for the Barnhill Pear variety, and I dove into it after a few bites of my Sausage Roll.

After my first bite, I knew that this would not last long. Alternately crispy and flaky and pillowy soft, airy and buttery, sweet and pull-apart like taffy without being sticky - this pastry, paired up with a very nice cold brew (Mylo roasts their own beans and offers all the basic espresso and pour-over styled drinks), did not survive beyond Little Rock's city limits. 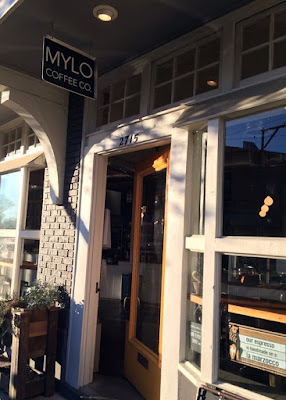