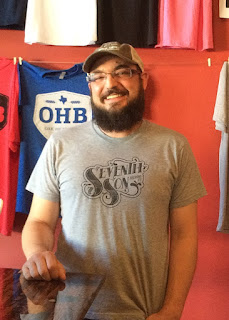 Little did I know it at the time, the t-shirt, sporting the logo of one of the most well-regarded Columbus-area craft breweries, belonged to a well-traveled beer aficionado.

Similarly unbeknownst to me at that time, it was something of a symbol of a parallel growth in craft beer in two rather different cities, as well as a sign that I would be doing some fairly substantial beer traveling in the next few days.


The dude behind the counter with the familiar T-shirt (to me) was none other than Mike Roberts, sales rep for OHB. That’s not anything notable in and of itself, but his exploits as one of the Brews Travelers, a pair of boyhood friends who saved up enough to visit close to 800 breweries in the span of a year in 2013, would be a dream journey for many a beer connoisseur.

And indeed, Columbus’ and Dallas’ craft beer scenes have mirrored each other in growth. During my last visit to the area in early 2012, the number of breweries and brewpubs in Dallas stood at less than ten. According to the Beer in Big D blog, this number stood at 44 at the end of 2015 (Columbus’ totals are just a touch lower at both ends of the spectrum over that same time period, but show a similar growth curve.) My purely by chance visit to Oak Highlands Brewing (OHB), opened in the summer of 2015 in the Lakewood area of the metro was just one of numerous breweries that had popped up during that time span. 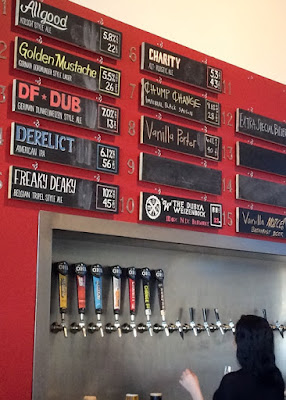 OHB’s space, located in an industrial park, does not look like much on the outside, but walking inside was but the first instance of an oft-mentioned notion: Everything's bigger in Texas. The front area seemed cavernous with essentially two front gathering areas with the usual taproom amenities (I did appreciate the presence of a large-sized Jenga set like I first saw at Athens’ Little Fish Brewing.) Back in the production area, even more gathering space was available, with picnic-style tables and benches among the tanks. 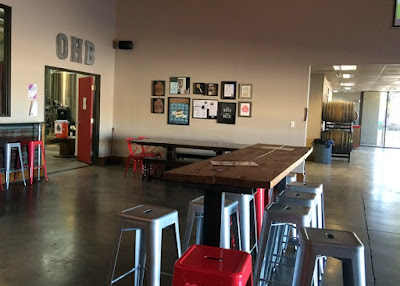 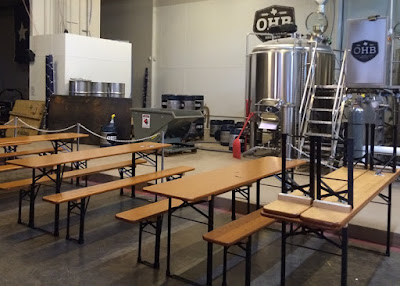 Perhaps one of the most fun things about brewery visits is comparing experiences. During my time at OHB, Mike and another visitor from Chicagoland in the middle of his own Dallas-area brewery excursion shared experiences (good and bad) with beer, brewing and traveling around the country in general. This chatter combined with some  higher-gravity beers that OHB had on tap that night (the Freaky Deaky Belgian Tripel was a personal favorite of mine) made for a breezy and relaxing couple of hours. 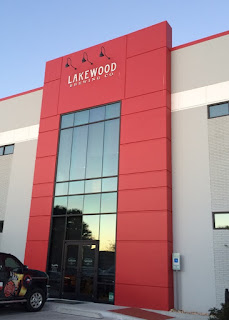 The more well-established Lakewood Brewing, a relative veteran of the Dallas craft beer scene being founded in 2011, has been highly touted by folks like Thrillist as one of the best breweries in the area, Since their taproom was not too far away from OHB, I figured it just wouldn’t be right if I didn’t stop by for a quick visit. 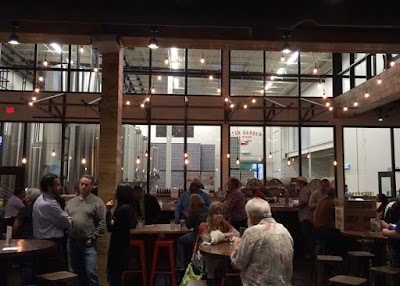 In contrast to OHB’s industrial park space, Lakewood’s made for a unique combo of intimacy (larger crowd and somewhat dimly lit taproom area) and casualness (large boxes of pizza adorned one corner of the space. However, the brightly-lit production to the rear sported similar picnic-style benches as well as a beer garden/stage area in combo with the high ceilings continued the bigger-in-Texas theme I had experienced earlier at OHB. 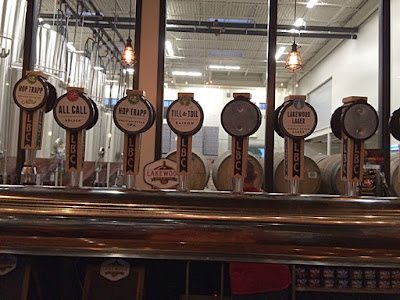 I personally thought Ohio’s state regulations regarding beer ABV (no beer can exceed 12%) were a little strange, but I learned from my friendly Lakewood barkeep this night that Texas’ regulations are perhaps even more wacky. Noticing the nicely laid out bottles of Lakewood’s touted Temptress to the rear of the bar area, I was somewhat taken aback when I was informed the only beer I could buy and take off-site was in growler form.

Sipping on a nice Lakewood Till and Toil Farmhouse Ale, I tried to comprehend my barkeep's summary of why production breweries like Lakewood could not sell directly to consumers for off-site consumption, but brewpubs who brewed their own beer could. The catch with the latter, however, is if you are licensed as a brewpub in Texas, you are capped in your total distribution (as I found out later, that level is 10,000 barrels of beer per year.) 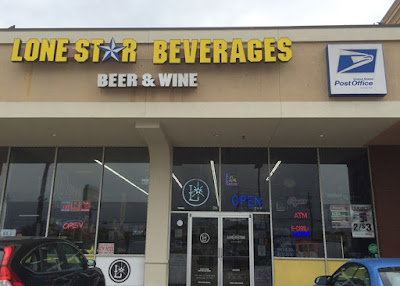 That seeming bit of illogic was too much to comprehend by that late in the evening and wouldn't change the reality that if I wanted to pick up a six-pack of OHB’s brews or a bomber of the latest Lakewood releases, I would have to find a craft beer store in the area. As it turned out, the perfect candidate emerged in the form of Carrollton’s Lone Star Beverages. Their store has plenty of the locals as well as other not-distributed-in-Ohio craft brews laid out in a very easy to navigate manner. In addition, Rick and his staff on hand this day were more than helpful in pointing out to a relative neophyte to the Texas beer scene like me the well-regarded and up-and-coming local brewers as well as the more notable beer releases available. It was very easy to see why Lone Star is so well regarded by the local Dallas-area craft beer community based on my experience. 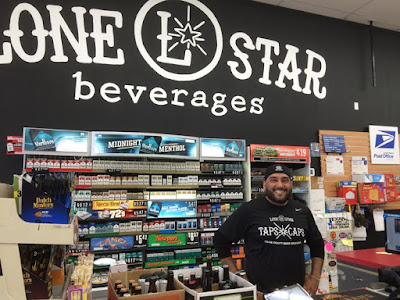