A more and more pertinent question for fans and member brewers of the ever growing craft beer scene in Columbus and Ohio in a general is a simple one: is the market getting too saturated with new arrivals? Based on recent visits to two of Columbus' member breweries, we believe there's still plenty of room to grow. 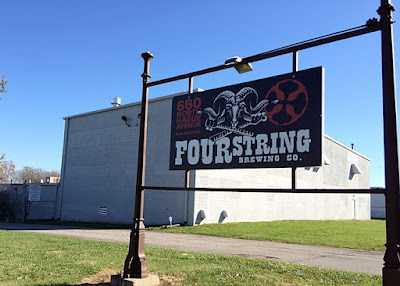 Four String Brewing: I have written about Four String Brewing not too long ago on this blog post, and Jim Ellison, owner of the CMH Gourmand blog and head guru of Columbus Brew Adventures, wrote an excellent summation around the occasion of the Four String's fourth anniversary of owner's Dan Cochran's unique efforts to lift his business to the heights as one of Columbus' bigger brewers.

Further proof of their success was lent to us during the first of a series of "Beer and Donuts" events, put on by the Columbus Craft Beer Alliance (CCBA) last Saturday. A good crowd came out to this inaugural event, which is meant to give attendees a behind-the-scenes look at the member breweries as well as commiserate with fellow local craft beer lovers and the brewers themselves. Four String's brand new facility on the west side of Columbus proved to be a perfect launch point, laying out what we imagine will be the general itinerary of providing event-goers a chance to sample the brewery's offerings as well as discs of delicious fried dough goodness from a local eatery. 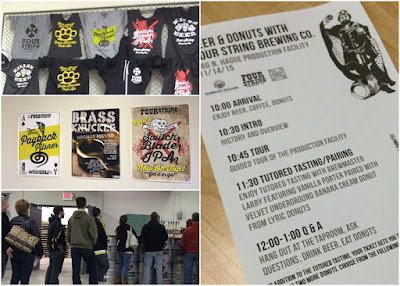 In the latter's case, the donuts were provided by Lyric Donuts. Michael Murtha, who works as a barista at Impero Coffee, launched his line of donuts late summer at this Short North coffee shop along with pop-ups at the Old North-located Ace of Cups bar and music venue. Throughout the event, his inventory of musically-themed, mainly cake-donut-based treats were devoured by event-goers, ranging from the basic (the plain cake donut "The Boss", referencing Bruce Springsteen) to the Ozzy's Bat Head (a dark chocolate donut hole with espresso glaze named for a rather notorious incident in this rocker's long career.) Our personal favorite (and a favorite for many we chatted with, we figured out) proved to be the Lime in the Coconut (a nod to Harry Nilsson), made with toasted coconut flakes and coated by a delicious lime glaze.) 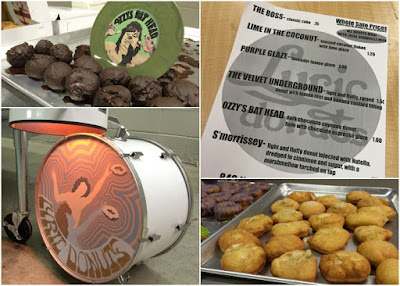 CCBA representative Jamie Gentry gave an overview of the "Beer and Donuts" events as well as the local craft beer scene as a whole before turning things over to Four String Brewmaster Larry Horwitz. Due to the number of event-goers, two tours of the facility were given by Horwitz, and we decided to hang back for the second tour. When the first tour returned, everybody was treated to the highlighted pairing - the perfectly matched Velvet Underground (a light and airy creation with a daintily delectable banana custard filling) and Four String's Vanilla Porter, A bonus treat was that we along with other members of the second group got to take this rather neatly matched duo along with us as we walked through the facility with our brewmaster.

The whole tour itself was quite informative, and Horwitz was quite welcoming and appreciative of the folks who showed up on this day. Perhaps the most revealing part of the tour for us was the sheer size of the space (the former home of a defense and space materials production company) - as he pointed out early, the brewery's existing taproom in Grandview Heights could fit several times over in various sections of the new facility.

Also revealing was the main production area, which provided a contrast between the brewery's beginnings (the line of "Frankenbrewing" tanks from their original Grandview location that actually still do play a role in the brewing process) amidst much larger and more sophisticated brewing equipment (capable of up to 8,000 barrels per year, nearly tripling the brewery's existing capacity.) This new equipment is vital in the efforts to get Four String's products distributed throughout the state of Ohio, but despite the brewery's growth, current plans will keep the brewery's unique beginnings alive. Their original Grandview location will remain open and feature the company's "Solo Series" line of oddball and one-off brews. 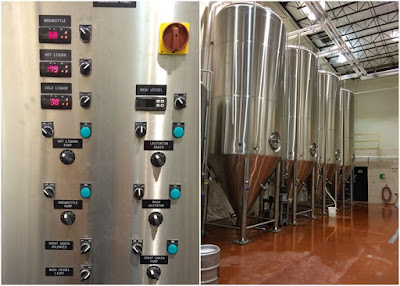 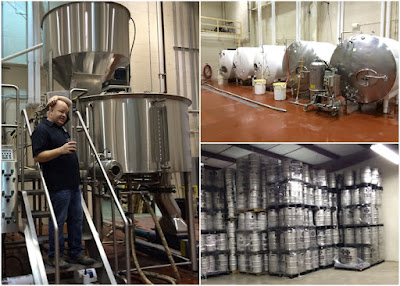 With more similar events planned for the future (a December beer/donuts pairing at downtown's Wolf's Ridge Brewing is already sold out, while an event at Lancaster's Rockmill Brewery is possibly in the works), CCBA's "Beer & Donut" series provides a unique look at the local craft beer scene, and provides event-goers fried doughy goodness as a bonus. That's a pretty hard pairing to beat. 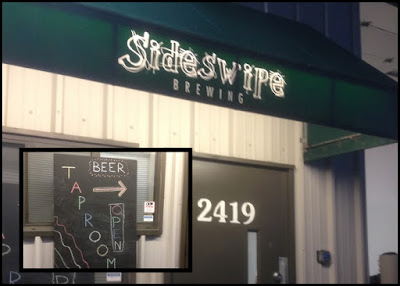 Sideswipe Brewing: Although on the completely opposite end of the production scale (the term "nano-brewery" definitely fits ex-martial artist Craig O'Herron's operation), Sideswipe Brewing, located in a somewhat hidden industrial corner of West Columbus on the other side of I-670 from Grandview Heights, also provides proof that Columbus' craft beer scene has plenty of room to grow.

When we traveled up to the Denver area to a slew of Fort Collins' area breweries (for more details, check out these two posts on our visits to  Big Beaver and Odell and Funkwerks and Equinox) my wife's brother, a home brewer and Columbus ex-pat, informed us that any brewery who wants any kind of longevity in that area must have expansion in their initial business plan after a year or so or be left behind in the area's substantial craft beer wake. The fact that Sideswipe, which hasn't grown substantially since their opening in November of 2013, is still holding their own in their little industrial park space and will grow, given the opportunity, speaks just as loudly to Columbus's still untapped (no pun intended) craft beer potential.

For now, Sideswipe's growth can be measured mainly in taproom improvements. In this case, a year between visits for us was quite insightful, as the somewhat limited, slapped-together seating has now been replaced with more organization and more seating. The move of the tap system from across the space to against the wall, along with the construction of an actual bar setup, has really increased the feel-at-home factor. Keeping in the trend with other beer-oriented places, a small selection of both adult- and kid-oriented games area available for patrons' usage; snacks have also improved with the addition of items like OH! Chips. While our previous visit was sparsely attended, this Friday night was nicely buzzing with chatting, happy customers, and the taproom itself is open on more days than previous. These may be small steps forward, but they are highly welcome steps indeed. 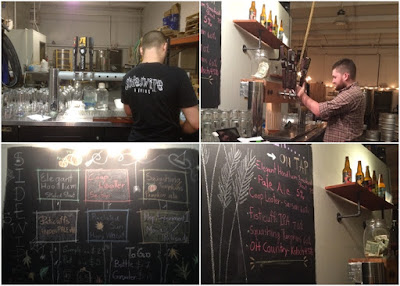 For the most part, the flagship beers that we tasted on the previous visit were here on this visit, with the exception of a new OH-Kolsch (our previous visit had an experimental Mosaic/Palisade Hop Experiment available as well as the last dregs of the summer-oriented Pixelated Sun Wheat beer.) This time around, we had pints of beers we tried in flight form on the previous visit: the Fisticuffs IPA again satisfied my spouse's hophead tendencies, while my Elegant Hoodlum has the right kind and quantity of smoky characteristic which mesh well with enough hops to balance things out. 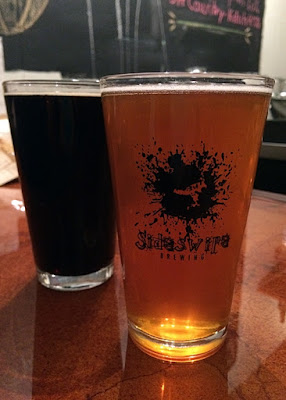 But in reality, the favorite for both of us from this nanobrewer is a beer style we're generally not fond of in general. The best pumpkin beers for us are more restrained affairs rather than the highly spiced affairs that tend to dominate; Sideswipe's Squashing Pumpkins, with its just enough clove and cinnamon flavor profiles blended with the flavors from the carmelized squash used in the brewing process, gives us that just right taste and mouth feel combo that makes this a must get if we see it on the shelves.