Worth a Time Out: Van Ness's Time Out Sports Bar (Fremont, OH) 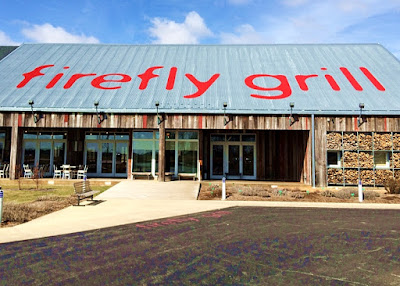 The happy unexpected is always something my spouse and I appreciate on our travels, especially when it comes to food. The Firefly Grill In Effingham, IL (which I wrote about here) definitely qualifies, as does Sandusky’s Small City Taphouse and its combo of sushi and craft beer.

As a matter of course, I have gotten familiar with the usual haunts my wife’s side of the family frequents on a regular basis. It’s easy to expect the typical with any eatery out in the rural parts of Ohio, but when it comes to Fremont, the seat of Sandusky County, a nice surprise awaits if you drop by Van Ness’s Time Out Sports Bar.

This year's family Black Friday Libations Tour would prove different from previous years' versions. During our last three excursions, we explored areas that were all fairly established from a craft beer perspective.  This was not the case this year; in fact, if you were immersed in the developing Columbus area craft beer scene from roughly 2012 to 2014, you’d have a good approximation of where the area we explored, Toledo and the surrounding areas reside at the moment craft beer-wise.

In fact, one can easily argue that this historical home for the 419 area code easily qualifies as the last large region in Ohio that is really ripe for a craft beer boom. And it's not like this area hasn't had a prominent brewing presence: Toledo's prime location next to Lake Erie and the Maumee River allowed pre-Prohibition breweries like the original Buckeye Brewing, Finlay, Maumee, and Huebner-Toledo to thrive.

Having some time to absorb the whole experience, I went with a more nuanced look on this blogpost at the four breweries we visited to try to paint a picture of where the 419 craft beer scene stands now, and where it could go.  Not that we didn't find any great beer during our travels (one of the best beers my wife and I have had this year was drank on this tour), but the scene's best days are most decidedly geared toward the future.

Playing The Host: A Kid-Friendly Tour of Columbus (Pt. 2)

As noted in the last blogpost, we don't get to play host very often to family members, so when we do it becomes a special occasion, especially when there are kids (in this case, a 10- and a 13-year old) involved. This kid-friendly (though, in reality, an all-ages-friendly) excursion continues in this blogpost with another German Village staple.

Playing The Host: A Kid-Friendly Tour of Columbus (Pt. 1)

While we do not have any children to call our own, we both have gaggles of nieces and nephews with whom we play favorite aunt and uncle to whenever we can. Due to circumstances established well before we became a couple, we don't often get to host to other family members. However, when we do (in this case, my wife's sister and her two kids aged 13 and 10), it adds something special to the mix and also adds a rather fun challenge in catering a Columbus-based itinerary pleases all ages.

To paraphrase from my previous Food Truck roundup, the local food truck scene has become a tough thing to keep tabs on.  New ones are popping up all the time (one of them, Hisham's featuring tasty dishes derived from the highly unique Cape Malay cuisine, was featured in its own blogpost in October.) Likewise, with all the businesses utilizing and places designated for hosting food truck operations in the metro, it's pretty easy to not encounter the same food truck for months at time.

Thus, I implemented a change of strategy - instead of comprehensiveness (which isn't as huge a factor with a medium like a food truck), I thought a roundup of some of the most notable experiences I've had with food trucks and carts would be a good way to go forward.  Interestingly enough, the autumn brought some long timers I hadn't encountered in awhile back into the fold, as well as a blue collar entrant that reliability is often most of the battle in the world of mobile cuisine.

Surprise, Surprise! A City Tries To Shed The "S" Word

"It's hard to believe we're in Columbus. Columbus, Ohio!"..."This is not the world you know!"..."This is Applebee's country!"

Famously, or perhaps infamously for Columbus natives, these lines were uttered roughly nine years ago in 2009 by food author/entrepreneur/Cleveland native Michael Ruhlman during the filming of the "Heartland" segment of Anthony Bourdain's "No Reservations" show for the Travel Channel. The two men seemed incredulous that the delicious creations of Chef Ryuki "Mike" Kimura of Kihachi could actually be found within what seemed to be portrayed as a culinary desert.

As it turns out, this particular way of thinking, as exemplified by the "S" (as in Surprised) word, where this area actually has quality eats within its borders, has been more or less the prevailing narrative for years, but lately the winds have been trending a different direction.

Columbus Pizza-politan Adventures: Near the Banks of the O-Hi-O

Well, there are some changes that are due to my pizza map, including a new location of Harvest Pizzeria in Grandview, the closure of Nidovi Pizza in Dublin, a new Gionino's Pizza in Pickerington, and the impending move of OH Pizza and Brew into the old Stack'd space in Downtown.  When the latter happens, I'll make those changes.

As for the November segment of my Columbus Pizza-politan Adventures, we look out to the (near) east to two franchises which have roots close to the state's namesake river, including perhaps one of the more divisive regional pizza styles around.