Playing The Host: A Kid-Friendly Tour of Columbus (Pt. 1)

While we do not have any children to call our own, we both have gaggles of nieces and nephews with whom we play favorite aunt and uncle to whenever we can. Due to circumstances established well before we became a couple, we don't often get to host to other family members. However, when we do (in this case, my wife's sister and her two kids aged 13 and 10), it adds something special to the mix and also adds a rather fun challenge in catering a Columbus-based itinerary pleases all ages. 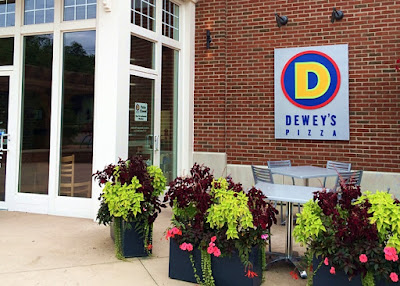 I had mentioned just recently in this blogpost that Cincinnati-based Dewey's Pizza was one of our favorite dine-in places for pizza. With everyone craving a few savory slices, we hit up the restaurant's location in Worthington as our first dining destination. 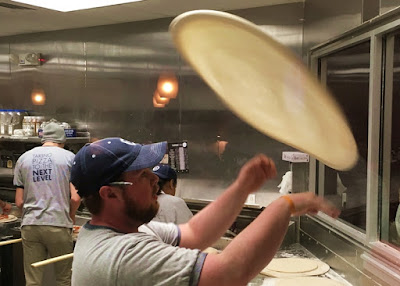 One of Dewey's distinguishing family-friendly aspects lies in the waiting area and their prep areas, which are viewable to those waiting for a table or pickup their pie. Numerous youngsters (including those in our tow) are naturally drawn to the dough tossing and general pizza prep assembly line.  It would be easy to concentrate on the task at hand especially on a busy evening, but kitchen staff showed great awareness of their young audience, playfully interacting with them at random times. 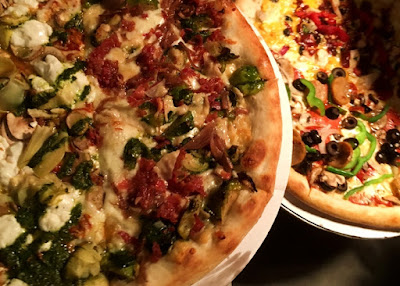 Despite the crowd, our wait proved shorter than what was estimated.  Once seated, our service was prompt, efficient and friendly. Dewey's creative pizza names were a hit with our younger folks, and the pizza itself proved no different. We were able to turn everyone's choices into two medium half-and-half pies. Our universal favorite turned out to be the Bronx Bomber (Dewey's version of a classic supreme), but everything from the Southwest BBQ to the Green Lantern to the current seasonal, the Van Damme (highlighted by Brussels Sprouts, Bacon and three different cheeses) was enjoyed by all. 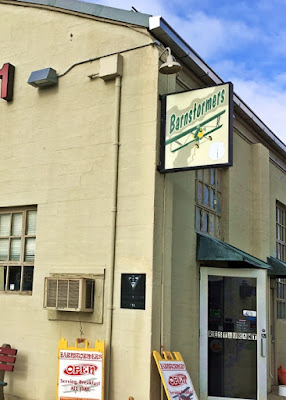 The next morning, we cruised out to the Northwest side of the city to The Ohio State University Airport for a dual dose of diner food and airplane viewing at Jack and Benny's Barnstormer Diner. 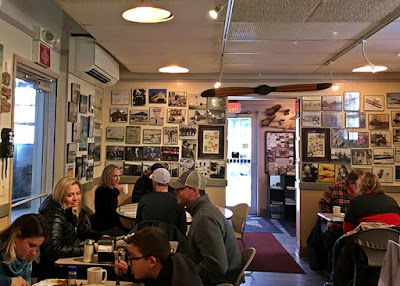 The diner itself really hasn't changed, with its cozy atmosphere, hundreds of pieces of aviation-related media and memorabilia scattered on the walls, and a menu full of classic diner staples. The adults all found dishes that were perfect for fueling for a long day out, and the kids were happy with their large-sized pancakes. In fact, the youngest was a bit overwhelmed with the size and couldn't finish his second disc, giving the adults a chance to discover Barnstormer's chocolate chip pancakes are pretty darn tasty. 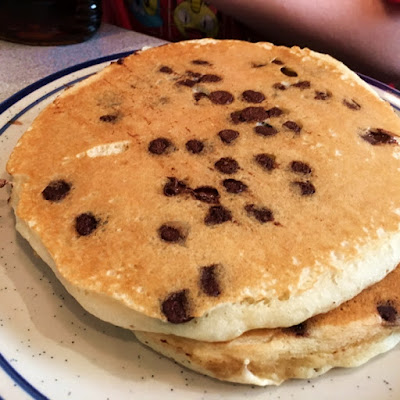 What had changed from our last visit to the Barnstormer lay in the completely renovated airport terminal next door, which turned out to be a pleasant surprise for all. 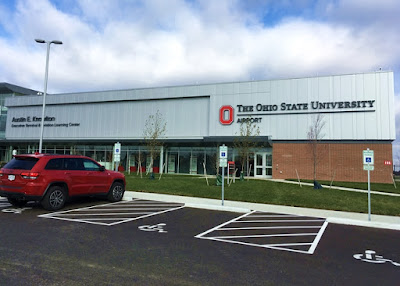 The interior of the facility is still undergoing some final tweaks (we noticed some blue painters tape and fresh painting along the staircase) but is operational and open to the public. This two story facility adds a grand entrance and modern look as well as plenty of office and conference space, and makes the public viewing area space a much more roomy and comfortable experience. 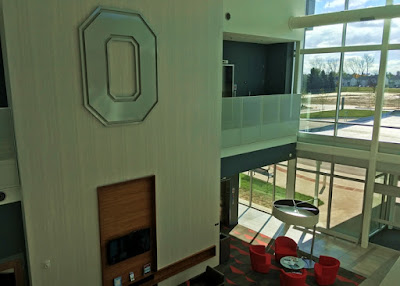 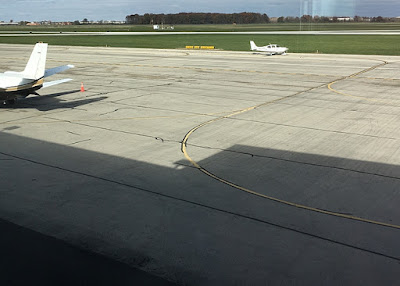 Our next two stops were more geared to the adults. With the holidays approaching, the weekend was the first notable week for holiday-oriented crafts fairs, with the Craftin' Outlaws Holiday Show at the Columbus Convention Center and the Ohio-Made Holiday Market at Hollywood Casino. For us, we ended up at the Grandview Holiday Bazaar at Edison Intermediate Larson Middle School. 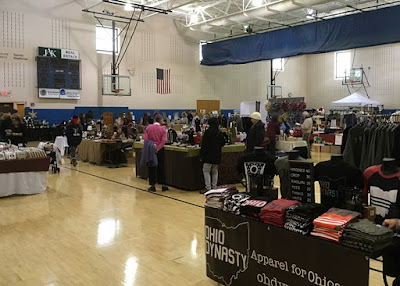 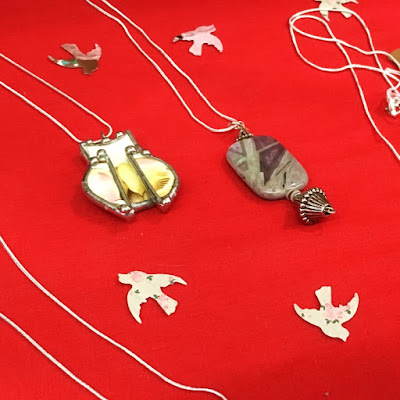 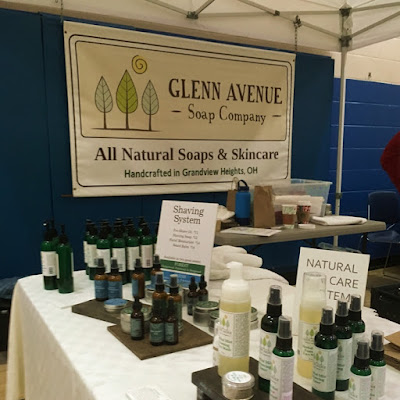 While it was more of a matter of geographical convenience (more on that in a bit) in terms of choosing the Bazaar, we did find quite a number of vendors here, and we the adults made off with some food items like some Caramel Ice Cream Sauce from Koch Homemade Caramel out of Freeport, OH, and some beautiful Springerle Cookies from Belle's Kitchen.

From there, we ventured less than a mile as the crow flies to one of the better fiber stores in the metro in Yarn It and Haberdashery, featuring a nice selection of fiber and associated supplies, as well as classes and special events. On this day, a special trunk show from the popular Spotted Ewe Fibers out of Lexington, Kentucky dropped by to hold court, and naturally my spouse grabbed a couple skeins from them during our stay. 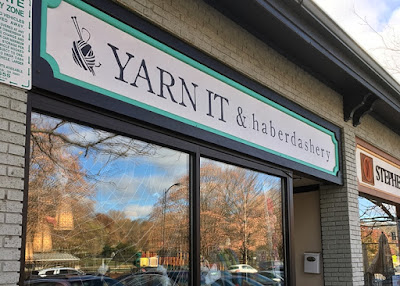 As it turned out, these visits actually provided some entertainment for the youngsters, with both of these venues lying mere feet away from some previously unexplored parks, including a treasure trove of familiar and never experienced playground equipment.

We were a bit famished at this point of the day, so we decided to head across the river into the German Village neighborhood to stop by one of our longtime favorites in Pistacia Vera. 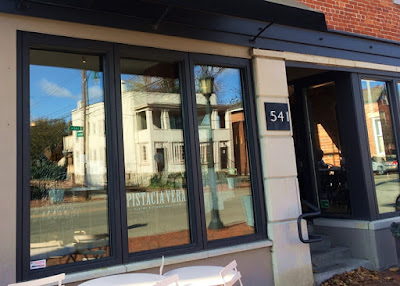 The oldest of our two youngsters was already a fan of the Pistacia Vera's macarons from a previous visit, so we deemed this as a mandatory stop.  And how could you not be a fan, when you have these beauties staring at you? 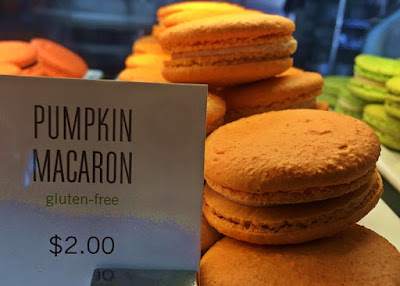 We decided on a macaron free-for-all, sharing tastes of varieties like Pumpkin, Salted Caramel, Buckeye and Pistachio, plus some coffee for the adults. For my wife and I, we decided to also venture into other previously unsampled pastries, such as this tasty and seasonal apple eclair. 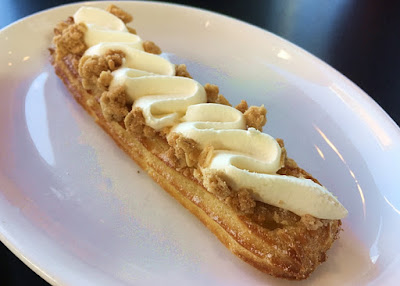