To paraphrase from my previous Food Truck roundup, the local food truck scene has become a tough thing to keep tabs on.  New ones are popping up all the time (one of them, Hisham's featuring tasty dishes derived from the highly unique Cape Malay cuisine, was featured in its own blogpost in October.) Likewise, with all the businesses utilizing and places designated for hosting food truck operations in the metro, it's pretty easy to not encounter the same food truck for months at time.

Thus, I implemented a change of strategy - instead of comprehensiveness (which isn't as huge a factor with a medium like a food truck), I thought a roundup of some of the most notable experiences I've had with food trucks and carts would be a good way to go forward.  Interestingly enough, the autumn brought some long timers I hadn't encountered in awhile back into the fold, as well as a blue collar entrant that reliability is often most of the battle in the world of mobile cuisine. 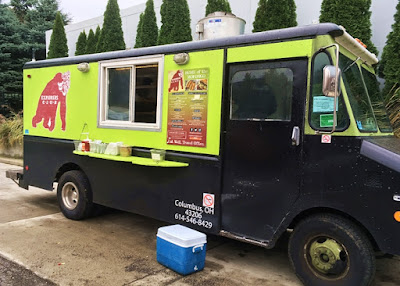 A relative newcomer to Columbus may not know of The Explorers Club Food Truck's fairly distinguished culinary lineage. As detailed by my fellow blogger CMH Gourmand, the family tree was started by Jerry Burgos and Ricky Barnes with The Galaxy Cafe and its numerous variants, which introduced some then rather unique cuisines and influences to the Columbus dining world.  From there, Starliner Diner (still alive and doing quite well in Hilliard) emerged when Burgos parted ways; Barnes's original Galaxy Cafe bit the dust, but from there emerged Lost Planet Pizza and Pasta and then Ricky's Galaxy.

From here, Barnes, along with Tracy Studer and Orlando Martinez, founded the Merion Village brick-and-mortar The Explorers Club in 2011, a place that quickly became one of our favorite excuses to head south of the downtown area, mainly due to their inventive takes on various dishes from around the world.

As it turned out, my 2015 blogpost was written the same year they closed up the brick and mortar in favor of their food truck.  A kitchen space at the then Zauber (now Endeavor) Brewing gave diners a indoor setting for a couple more years, but as of 2017, the food truck became the only option. 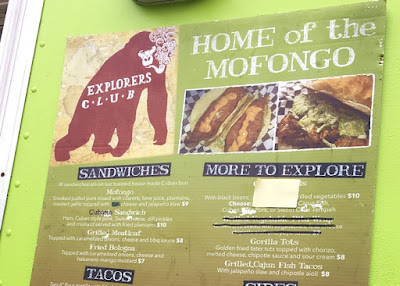 It had been awhile since I had anything from Explorers Club when I happened upon them, but the menu seemed to be pretty much the base model I had known from the past, including the Gorilla Tots, fusion tacos of several varieties, and their signature Mofongo Sandwich as the lead item. On this visit, I went a different route to their Cubano, and I will say it really hit the spot on this day, especially when paired up with perfectly fried up plantains.

Yeah, I still miss the old days when they had the special monthly menus or could grab their Chilaquiles or Cuban French Toast at their Merion Village location, but its hard to be sad for too long on a full belly. 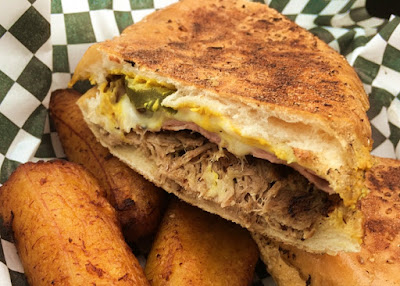 En Place: As it turns out, the En Place Food Truck has become the extreme version of "every once in awhile." By my records, I have visited this truck exactly one time per year ever since 2015. 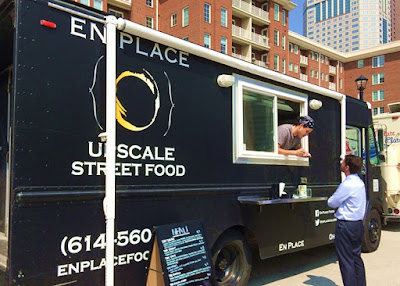 En Place touts itself as having "Upscale Street Food", and indeed the item descriptions read as being a bit more refined than most (a nice option always have when big and/or decadent isn't what you want), featuring things like Muenster and Bleu Cheeses, organic field greens, and confit pork belly. 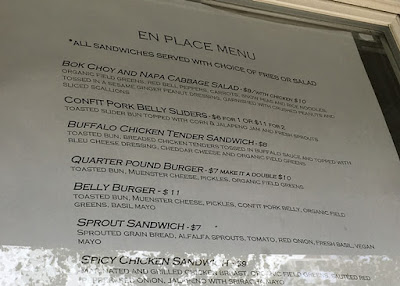 Because of these long periods between visits, I've ended choosing the same item (the Bok Choy and Napa Cabbage Salad, with the addition of chicken) three out of four times, including my last visit. Yes, I'm determined to try something else on the next visit, and yes, this dish can be seen simply as "just" a salad, but for me it's a winning combo with its Sesame Ginger peanut dressing and more than sizable enough (especially with the chicken) to serve as a meal. 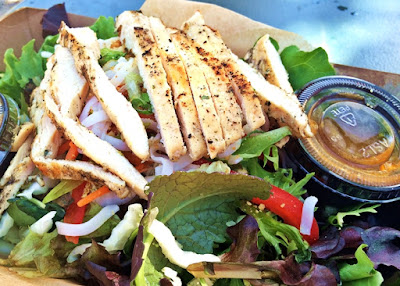 Maanas Indian: As hinted at at the start of the post, I really did love having the Horn OK Please food truck around as an Indian lunch option, so much so that I dedicated a blogpost to them in 2016. Sadly, they are gone from the scene, and in lieu of other options (I have yet to find the Two Fatt Indians truck in the wild in my travels), the Maanas Food Truck (whose brick-and-mortar location lies in Lewis Center) has become a reliable option. 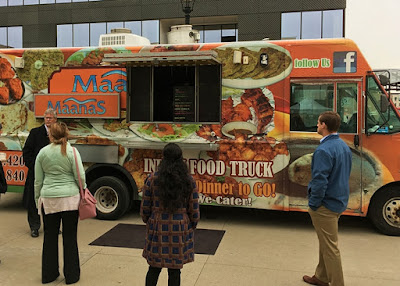 Maanas is what I call a "get 'er done" truck. The menu is pretty basic (Biryani, Tikka Masala, and Curried Chickpeas as the mains, and Fries and Samosas available as sides) and the complexity of spicing doesn't match what you'll find at many brick-and-mortars. However, if it's a spicy kick you're seeking with your meal, Maanas offers just that quite nicely. 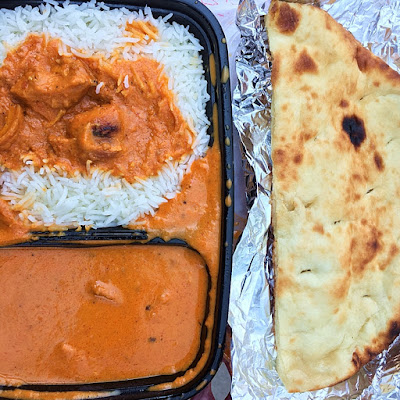 The Chicken Tikka Masala is very much in the realm of comfort food, despite the limpy naan you get with your order (I think it's the foil wrapping to keep in warmth that contributes to this via condensation.)  In fact, if you love the burn, the heat quotient builds nicely for both the Masala and, to a lesser degree, the Biryani if you save a portion in the fridge for next day's lunch leftovers. 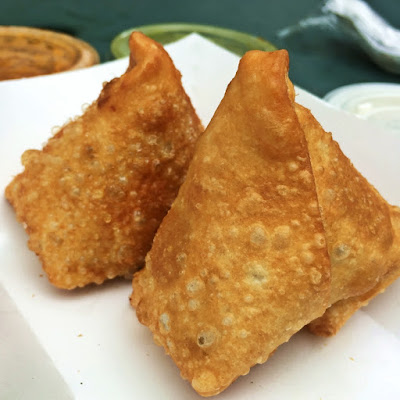 Happily, the Samosas from this food truck might be their best offering - these traditional versions filled with mashed potatoes, peas and spices are flaky and satisfying, and one could easily could make a meal out of these if one chooses.