(Note: This is Part 2 of a blog post proposing our 24 different dishes from 24 different venues inside of 24 hours quest within Columbus, Ohio, based on the Tastemade TV Show "Day of Gluttony".  For details on the challenge and the first 11 spots on this quest, please check out Part 1 at this link.) 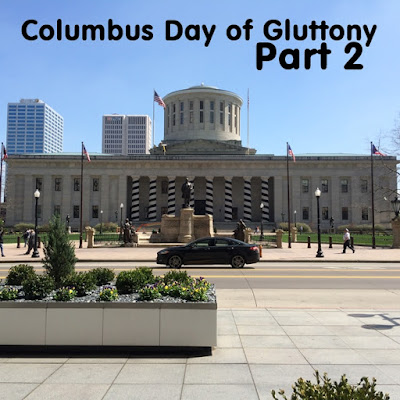 1:15 PM - With our Las Maravillas tacos (stop 11) leaving us with a nice spicy feel in our mouths, we figure it was time to find some beverages to cool things off a bit. We head across the Olentangy River to the 5xNW neighborhood and stop at 12) Bonifacio, one of two Filipino restaurants in the area. This eatery from Krizzia Yanga has proven to be a successful trailblazer of sorts, introducing the public to their combo of modern and traditional takes on the cuisine. This includes some very delicious fancy cocktails, so we grab an Oooh Bae! (featuring plenty of Ube/Purple Yam) and a Lychee Martini for some pleasurable sipping. 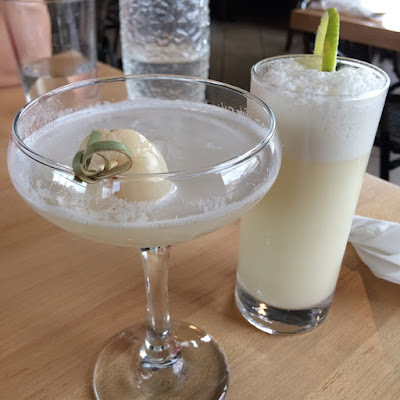 2:00 PM - Creeping into the Northwest neighborhood, we decided to up the spice level back up again by stopping at one of the numerous Indian restaurants in the South Indian/vegetarian-oriented 13) Dosa Corner.  By now, we've actually earned back some space in our stomachs, so we go for a double-appetizer of the Mirchi Bajji (spicy green peppers stuffed with masala) and Dahi Wada, deep fried lentil doughnuts dipped in yogurt & cilantro.