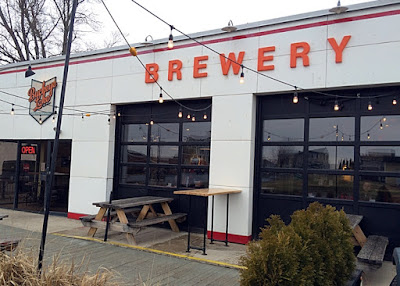 Perhaps one reason that Buckeye Lake has been able to weather the situation better than many in the area has to do with the arrival and subsequent popularity of the Columbus Ale Trail itself, which encouraged folks to make the journey out to this laidback lake town to stamp their passports. This year's edition has proven even more popular and has helped keep those outside of the area customers visiting. 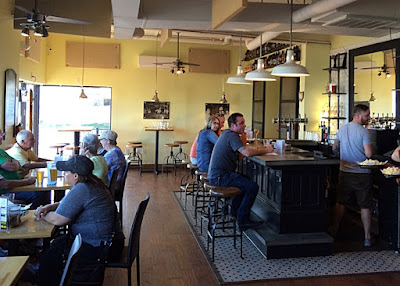 As far as the space, the relocation of the brewing equipment offsite has led to a much more spacious interior space well lit from the garage-door-styled-windows (a closer look makes met think they are not operational garage doors that other breweries like Clintonville's Lineage Brewing or Italian Village's Seventh Son Brewing sport, but I could be wrong about that.) However, during the warmer and sunnier, spend hours floating on the lake type days, the patio is definitely the place to be. 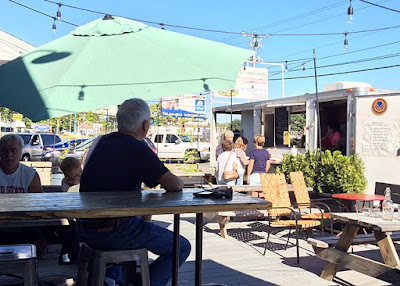 Food: Buckeye Lake Brewing does not have its own food service outside of popcorn, but offers food for its customers with a seasonal food truck rotation. Customers can also hit up a local institution in Pizza Cottage, which does a brisk business providing brewery visitors a pie to match up with their pints. 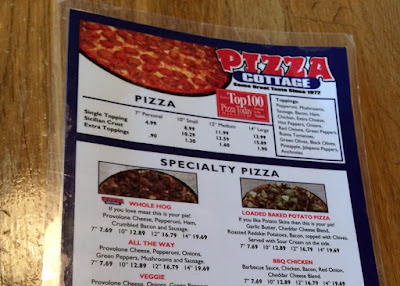 Beer: In many ways, the beer here is what the kind you're looking for during or after a lazy day of lounging on or by the lake. It's not like you can't find more complex brews (such as their Wee Heavy Strong Scotch Ale, my favorite brew I have tried from them, or the Shovelhead Double IPA), but Buckeye Lake knows its audience well and caters to that. Overall, the brews are easy drinking and easy on the wallet (on our last recent visit, pints went for a very modest $4.) 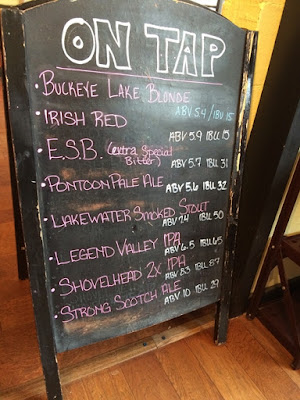 Another unique and welcome aspect about Buckeye Lake is in their distribution of beer. The taproom does provide growler fills, but they also sport what they call a "Fresh Fill" canning system imported from Denver's Oskar Blues Brewery. This system allows customers to take home 32 oz. cans of their favorite brews with them for future consumption. Also neat in my book is their bottles, not so much for their labels (though they are pretty natty in their own right) but for their atypical shape. 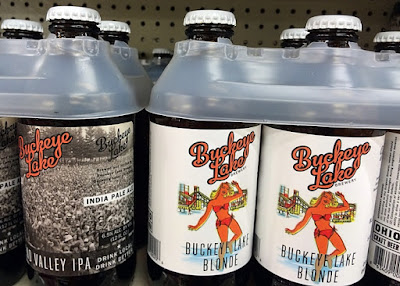