Ice Cream Chronicles (Yr. 4): Saying Yo to the Froyo

With June being International Frozen Yogurt Month (I guess every food item has to have its day or month in the sun, right?) and our first bonafide heatwave upon us, I figured it was time to take these Chronicles into an area of the frozen confection world previously untouched in this blog.

Not that I've never indulged in this sweet treat prior to moving to Columbus, mind you.  In fact, I probably indulged a bit too much in the froyo back in California (thankfully, a heavy duty running habit I had at the time more than made up for that), and that perhaps is frozen yogurt's "problem", if you want to call it that. Even though yogurt connotes something that is fairly healthy for you, the basic self-serve setup makes it incredibly easy to load up not only on a lot of yogurt but also a Halloween's worth of mix-ins in one setting.

Not that there's anything inherently wrong with that concept, mind you...

For a brief while, it appeared the boom in frozen yogurt in California had followed me over to Ohio, with frozen yogurt shops seemingly opening up in relatively quick order.  My favorite for me at the time was Matcha Frozen Yogurt in the Bethel Center, mainly based on their sublimely tart Taro flavor.  For me, a more tart, less sweet base yogurt works a lot better with whatever mix-ins grab my fancy that visit, plus their froyo didn't seem to melt as fast as others I've tried.

Alas, Matcha went out of business, and for awhile I went searching for my new frozen yogurt go-to. As it turns out, this role has been happily filled by the Sun Center-based Yaourt, where Northwest Columbus bumps up against Dublin. 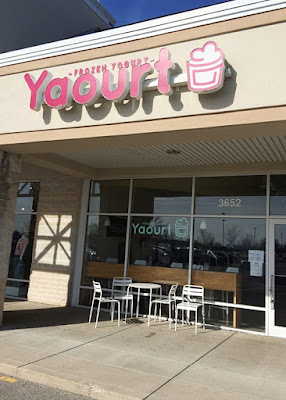 Opening to the public in the latter half of 2012, Yaourt (the French word for yogurt) isn't the most fancy shop you'll find. Its strip mall interior has few frills but contains all the basics you could ever want with indoor seating toward the front and yogurt machines in the back. In a way, the simplicity here offers a complete contrast to founder Kim Nguyen's backstory.  As noted in an article by This Week News, Nguyen came to Columbus via an escape from Vietnam in the early 1980s, and subsequently joined the military and earned degrees in Chemical Engineering from The Ohio State University prior to establishing the shop. 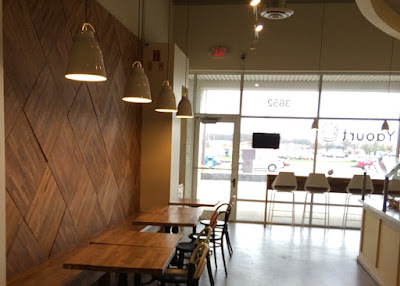 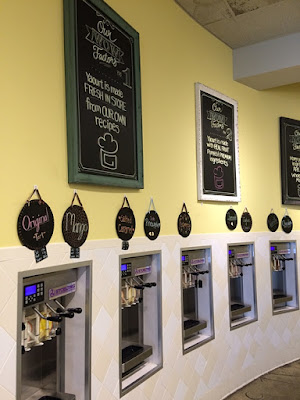 For me, Yaourt's basic and creamy original tart has replaced Matcha's taro as my favorite yogurt base to blend with . It definitely doesn't hurt that many of this shop's other yogurt varieties are made with "fresh low-fat milk, fresh low-fat plain yogurt, and the highest quality real fruit purees and ingredients," as cited on their website.

When it comes to toppings, Yaourt's offerings aren't the most extensive (if you want tons of toppings, chain places like Menchie's and Orange Leaf are probably your best bets) but they have more than enough for my personal preferences, even during the slower colder months. The toppings range from more healthy (various fruits and nuts) to more indulgent (cookie dough and chocolate chips) and the in-between (mochi and toasted coconut.) 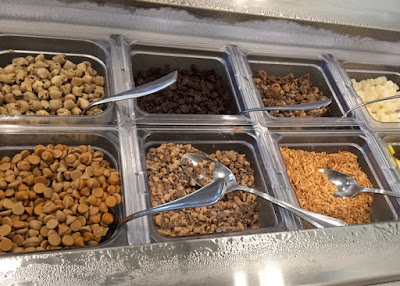