The Ice Cream Chronicles (Year 3): Looking Out for the Lake 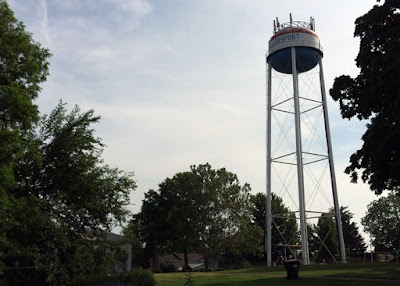 The town of Millersport, Ohio, announces itself fairly early over the horizon; in a state with many a water tower, this sleepy, little lakeside town of just over 1,000 people has two water towers sporting its name.

These days, the atmosphere this hamlet seems dazed and sluggish. Part of it was the weather on this day, the sludgy, moist air preceding an approaching storm front is all but guaranteed to keep people indoors during the peak sunlight of the day. But there seemed to be a bigger factor overlying my travel this day, more of a mental drag for me but much more physically and emotionally tangible for the residents surrounding nearby Buckeye Lake on edge for well over a year. 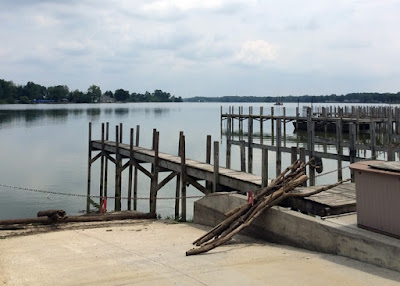 The nearby 180-year-old mainly earthen dam, which helped tame these former swamp lands first for commerce (as a vital part of Ohio's canal system) and later for tourism (after the canals became obsolete, the then Licking Summit Reservoir and its surroundings were redubbed as Buckeye Lake State Park, becoming a destination for thousands of Buckeye vacationers over the decades) had been declared severely deficient in 2015.

Doing nothing meant a certain failure and was not an option. However, the cure would not be easy by any means. Refurbishing the dam meant a lowering the lake level to a point which more or less throttled the very activities that keep the area economically viable. No one in the area would be spared the pain, not even a natural source of happiness like Weldon's Ice Cream. 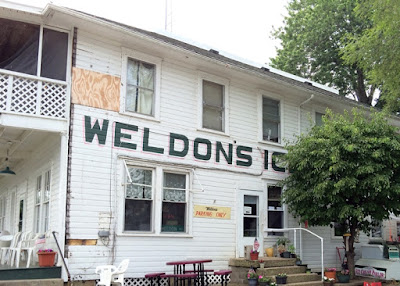 "Yeah, well you know, the lake."  A noticeable tinge of weariness draped the voice of the elderly woman who greeted me on my arrival - too soon for opening, as it turned out. Had my visit been two years earlier, Weldon's posted hours on their website would be spot on, and I may have been idly chatting with some eager boaters picking up an early morning frozen treat before embarking on the water. But on this day, those hours were pushed back an hour, and the store remained eerily empty even after I came back. 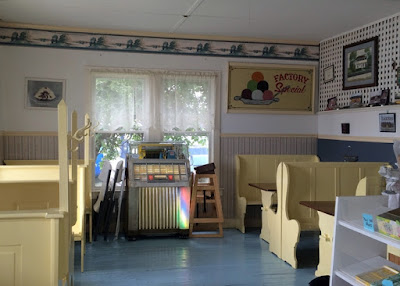 Originally built in the late 1800s as part of the Summerland Resort, the space where Weldon's operates was purchased by Rudy Weldon in 1929 and converted  into an ice cream factory by the next year. Indeed, the interior reflects the age of the space, with chunks of nostalgia from various eras scattered along pattern wallpaper and somewhat muted but brightly painted floors and benches.  Behind the counter, a mid-20th century styled menu board announced the flavors this day. Perhaps in a show of resigned defiance, the specials this day were the "Dam Dam" Sundae and Shake, both prominently featuring their Buckeye Lake Mud Bottom chocolate flavor. 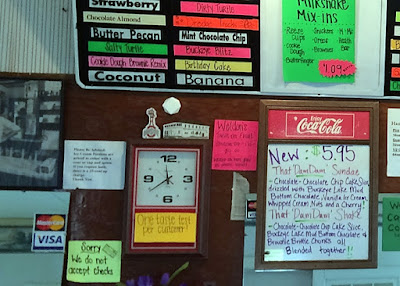 With lunch still on the docket in an hour or so, I decided to take on a couple of scoops in a bowl - my go-to Butter Pecan and the ubiquitous regional flavor standard Buckeye Blitz. Having no real history with the Buckeye Lake area, I let my mind simply wander as I dug into my scoops. The first thing that struck me was the ice cream itself: while the flavor was fine, the scoops showed the tiniest signs of lack of turnover - a little chewiness here, and little ice chunk there, and so forth. Definitely nothing major overall, but noteworthy nonetheless.

This got me thinking to a more an innocent age, when I really didn't notice or care so much about that kind of stuff. Ice cream meant happiness, and who cared if my cheapo, grocery-brand butter brickle was a bit past its prime? Just give me a spoon and the carton and I was a happy kid. Nowadays, I understand the intricacies of ice cream a little better and have been able to try some of the best of the best, but it's still that kid in me that fuels the love of this confection.

This led me to a thought that's not terribly profound, but all too true: it's a pretty sad thing when a carton full of happiness isn't getting to the kids, or kids at heart, of this world. 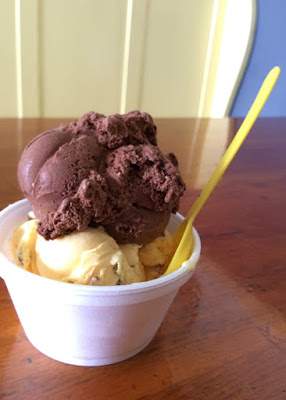 As it stands, a glimmer of hope arose in June: as noted in this Newark Advocate article, the State of Ohio in June announced that the lake would be allowed to rise to one foot below normal summer levels, allowing for most boating and lake activities. But as area residents quoted in the article noted, the current three-foot lake level won't approach that goal without the requisite rainfall runoff.

One hopes in general the weather gods are kind to the residents of the "Playground of Ohio" in the upcoming months.  And maybe...just maybe...a few more cartons of happiness won't sit so lonely in Millersport. 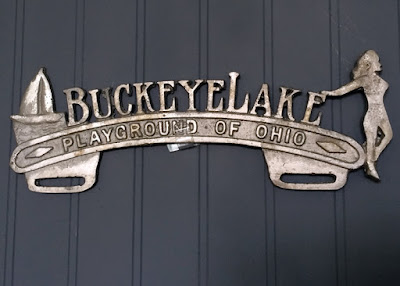