For all the breweries that my spouse and I have visited since we've been together, we had never been to a full-fledged beer festival. That status was changed as we made the pilgrimage to the Columbus Winter Beerfest this weekend.

Now five years old, the biannual Columbus Beerfest (there is a summer edition as well) has grown by leaps and bounds each year, expanding on the number of vendors as well as number of attendees. This year's edition cover two days and featured over 350 beers from 100-plus different brands and breweries combined.

While there is a "Connoisseur" ticket package that allows you such privileges such as early tasting, a special/larger tasting glass, and a food/special beer pairing with local breweries and restaurants (from the research I did prior to the event, it seems to be worth the extra cash generally speaking), we decided the standard admission would be perfectly fine as we were meeting up with some members of my spouse's beer club, Brews and Betties (formerly the Hopyard Honeys) for dinner prior to the event.

As a newcomer to this type of event, I wanted to follow a general game plan and more or less stuck with it. I decided to split up from our group to get a feel of the layout and atmosphere (and grab some pictures in the process). I also made the decision to target porters and stouts (my general leaning and much more of a winter beer anyway). In addition, I had ferreted out some breweries and styles from the beer list posted on the event's website to break up that stout/porter taste profile every two or three samplings.

For my spouse, beer sampling power came in numbers - she and her beer club buddies got to sample multiple beer at various booths. This worked well at gaining maximum tasting of different beers with relatively sane levels of alcohol consumption as well as her strategy of asking for half-pours. Another option for lessening the intoxication factor that many people took advantage of was the various pour buckets or a random stray partially or fully empty cups.

As in past posts, I find images really help tell the tale of these types of experiences, so without further adieu, here are some pictures from our night at the Beerfest: 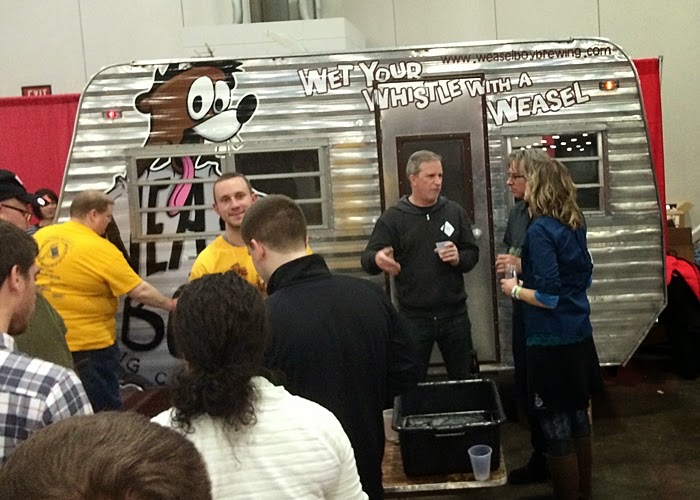 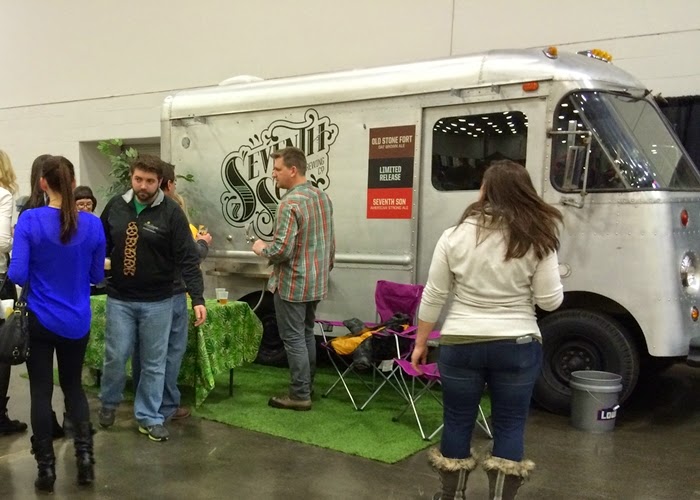 Overall, this seemed to be generally well-run event that has been helped out by its move to more spacious Columbus Convention Center. While Columbus was well represented, many breweries from around Ohio also had a presence there, making it a great event to explore beer from parts of the state to which they may not regularly travel.  If you don't mind what can be long (but generally quick-moving) lines and gobs of people, this event seems to be a fun way for those who are still new to the scene, those from out of town unfamiliar with Ohio-based beer, and just beer enthusiasts (especially if you're with a group of friends) to spend a night sampling lots of good beer.

My spouse and I both had fun hanging out with our friends this night, and agree this is an event any beer lover from around this area should do at least once. In addition, it also has given us some valuable experience on how to approach similar events in other cities in the future.