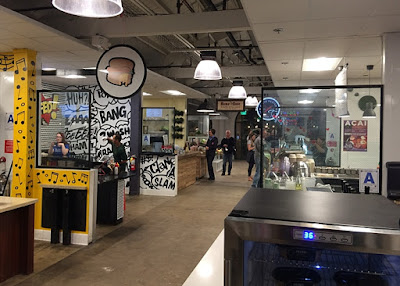 Liberty Public Market rates as one of the newer arrivals here, soft-opening nearly one year ago in March 2016. It's not hard to see how the space had been the old Mess Hall (in fact, one of the current market vendors sports the same exact name) with the exposed piping and beams in the higher ceiling spaces, but the lowered tile ceilings in the vendor stalls helps lend a sense of intimacy to visitors. 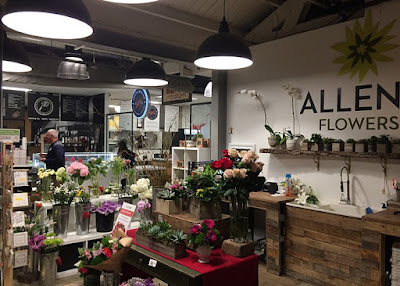 In fact, we had a little bit of buyer's regret in terms of not bringing a batch of the latter along with us back to our hotel room for what we knew would be some late night hunger pangs. However,there is some solace in knowing that this market will most likely be around on our next visit; despite its relatively young age, Liberty Public Market has garnered a Top 20 Food Halls In The U.S. ranking according to a survey by real estate company Cushman & Wakefield. 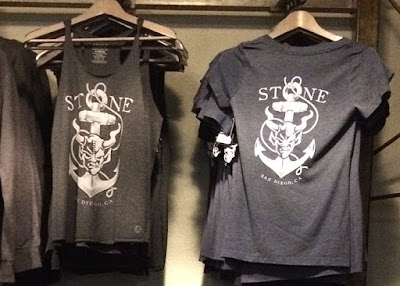 Our second destination this day lay in one of the most familiar names in craft brewing in Stone Brewing. For us, it was a must-do destination for us for two main reasons, the first being the brewery's (and specifically, owner Greg Koch's) connection to Central Ohio.

Despite the ultimate disappointment experienced by locals over the brewery's decision to choose Richmond, VA, over Columbus for a second brewery location, Koch's good word was influential in bringing Scottish import Brewdog to the area (DogTap Columbus, the brewery's brewpub concept, opened its doors to the public this week, with actual beer brewing set to begin in April or May.)

Another example of Koch's love for the area came in 2015, when a taxpayer levy which would help the Licking County schools he attended as a kid came up for a vote. After learning of the details from from a local area student, Koch promised that if the levy passed, he would brew a special beer and donate all proceeds from its sale to the schools. True to his word, Koch brewed and debuted what eventually became Pataskala Red IPA at various special release events in his former hometown, with sale proceeds going toward county schools after the levy's overwhelming passage. 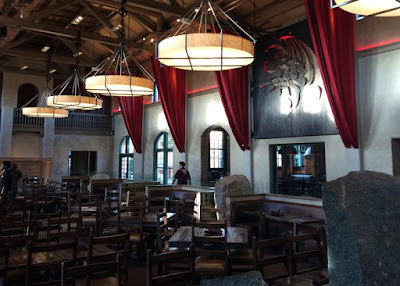 In fact, the initial brewing of Pataskala (a darn fine beer, if we do say so ourselves) was done at the very same Liberty Station location we were visiting. Opened to the public in 2013, Stone's space here is expansive, probably not surprising with a 400-seat capacity. Along with the usual suspects like a souvenir shop (with bottles-to-go and Columbus favorite Jeni's Ice Cream available) and a long bar, we spied an interior space with a couple of bocce ball courts 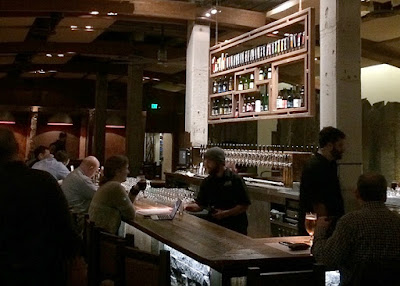 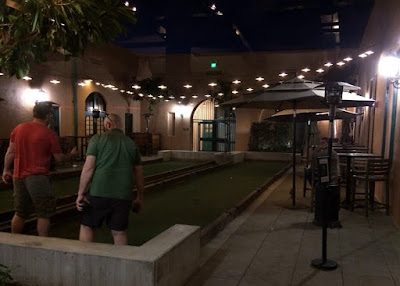 For this visit, we bellied up to the bar and concentrated on the brews specific to Liberty Station (Stone's Escondido location also has site-specific brews as well.) Out of these, the universal winner for us two was their Great Bowman's Beard, a delicious peated Scotch Ale. Other standouts among a solid selection of brews included their Monkey Bye Bye Dunkel Weizen Bock and Lifeblood Brown Ale. 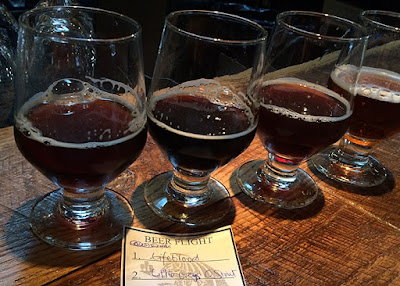 Stone Liberty Station's menu centers on more gourmet takes on bar and American food standards, including items like Spicy Texas Quail Knots (quail quarters with a sriracha honey glaze and slaw), Barbecue Duck Tacos, and Pan Seared Mahi Mahi. In a nice touch, a special menu of items catered to vegans is offered in the form of Stone's "Meatless Mondays" promotion. For us, we decided some basic but very tasty appetizers (Hemp Seed Pretzels with an excellent beer cheese sauce, and Pork Belly Steamed Buns) would provide the necessary stomach padding for our beer consumption. 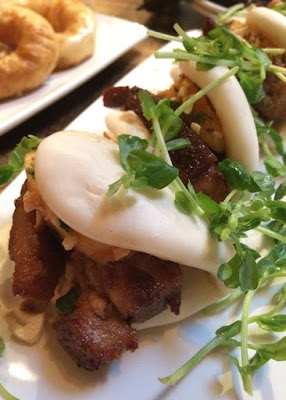 The second reason for dropping by really had to do with my spouse. The "gateway beer" phenomenon is universal among craft beer fans; in my spouse's case, it was Arrogant Bastard, a beer that still holds its own since its debut in 1997, that lit the "hey, hops are damn good" light bulb in her. It only seemed appropriate that she closed out this night with a pint of this influential brew.

I suspect that, secretly, this fellow toasted her choice in return. 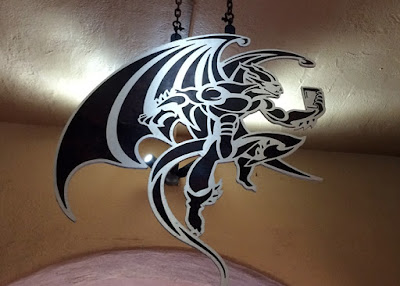