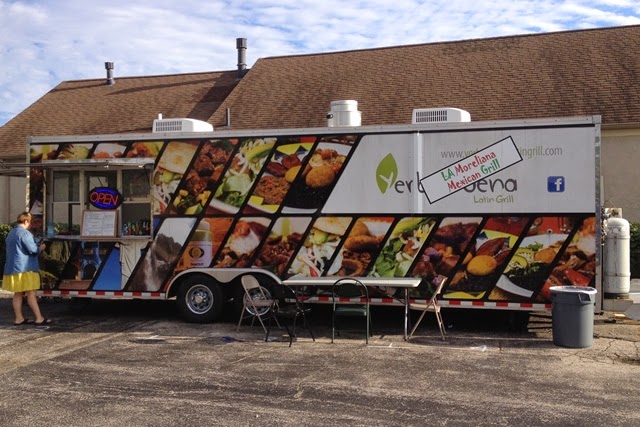 A fortunate combination of being on the road and a timely tweet from the one and only Breakfast with Nick himself (thank you!) brought me to this newly opened food truck stationed on Indianola Avenue in Clintonville.

The food truck itself will be familiar to many aficionados of the fine eats of El Arepazo, as it once held their offshoot Yerba Buena Latin Grill. Focused on a variety of Latin-based (mainly Venezuelan and Peruvian) dishes, this food truck's demise was lamented by quite a few (including this author, who could never get the timing right to pay it a visit.)

The new incarnation, opened since Monday, is in line with the traditional Mexican taco truck. Their menu currently consists of the staple street tacos, burritos and tortas, plus a selection of Mexican-based pop beverages. The owners indicated that tamales and soups will be added in the future to their menus on weekends (for those who wish to sample their tamales, they will have a chance to do so this Thursday.)

The two street tacos ($1.50 each) I ordered showed promise: both the pork and chorizo had a nice savory kick to them. The red and green salsas were also nice: my spouse detected a touch of habañero with the red salsa, while the green salsa had a more of a thicker, slightly chunky consistency (perhaps a touch of avocado?) than most.

Operating hours will cover the lunch and dinner hours (10:30 AM - 8 PM) but my impression is they'll be fine-tuned in the future. Limited outdoor seating is available in the form of a table and a few chairs. 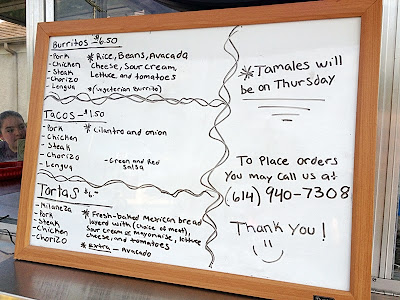 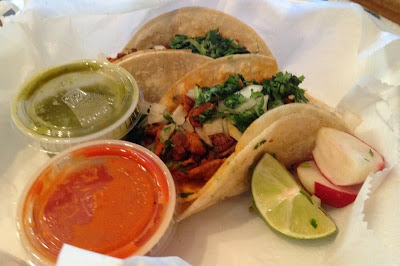 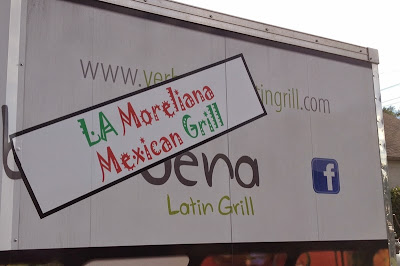 2017 Update: La Moreliana closed up operations as of the summer of 2015
Posted by Joe