In Sync With The Shack?

My first visit to Shake Shack came at an advantageous time - on a weekday, just after the prime lunch rush. Even better: most of the electronic kiosks were open, and seeing a tiny bit of a line at the front counter, I figured this would be as easy-peasy a time of ordering the ballyhooed ShackBurger, a creation hyped to outdo all other burgers in this whole wide world.

I slid my payment card in the slot, and punched in my order: a Double ShackBurger and a side of fries. I wanted a milkshake badly, but seeing I'd be pushing 2,000 calories with that trifecta, I figured I'd give my waistline a break by ordering a Fifty/Fifty, a half lemonade/half iced tea combo that sounded pretty refreshing on what was a fairly warm day.  After punching in my personal info, I submitted my order, ready to start my countdown clock for this first time experience

The screen went black, that familiar white swirl holding court in the center. And then, puzzlement, as I tried to decipher the message in front of me.

"Your Order Is Out of Sync"

I duplicated the order again, this time starting without the card in the slot and then inserting it at the end. Again, no dice. I tried again a third time at a different kiosk, and again, the Shack would not abide. Were the burger gods sending me a warning message of some sort? 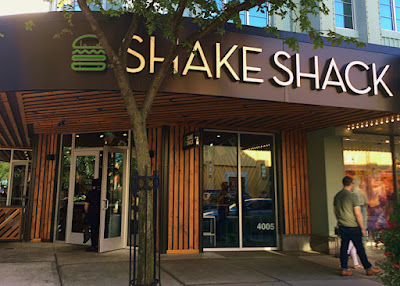 By now, the tale of Danny Meyer’s Shake Shack is well known. Starting off as a hot dog cart meant as a way to entice more visitors to a New York park in 2001, Shake Shack took a basic menu of burgers, fries and shakes made with higher quality ingredients, and rode both a building cult following and growth in the fast-casual market to warrant expansion of what had been initially meant as a one-and-done. Even now, the arrival of a new location (Shake Shack is aiming for more than 300 outlets total internationally by 2020), especially in untapped markets, creates quite the buzz.

Such was the case in Columbus, whose fervent anticipation for the Shack’s offerings was similar to the buildup for Akron-based Swensons, which finally dipped their toes into the Central Ohio market in late 2018. Opening up at the Easton Town Center in May 2019, Shake Shack has recently opened a second location out of the city’s popular Short North neighborhood. 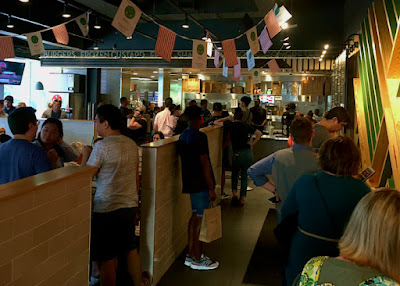 Their Easton location (a former Tesla showroom) has a decent amount of space both inside and out, but certainly not enough for the busier periods. I did actually land a seat during a relatively tame time (early afternoon midweek) but Friday lunch rush meant rustling a spot outdoors.

Those with cash or an aversion to electronic payment can put in an order at the front counter, where one can get a full gander of this eatery's menu, which also includes things like chicken, so called flat-top dogs, and frozen confections. 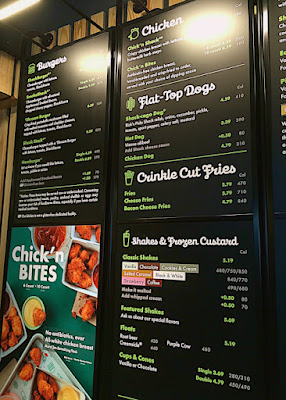 The electronic kiosk is the way to go for most, especially those with texting service. Once placed, a Shake Shack diner receives both an order confirmation and a your-food-is-ready text, which means you don't have to congregate with the masses that invariably clump near the front counter.

My initial kiosk troubles turned out to be a quirk: a staff member informed me the cryptic error message was due to the Fifty/Fifty not being actually available at the Columbus location. On this first visit, my kiosk time (roughly 5 minutes) turned out to be the time it took for my order to come out once placed. Interestingly enough, these two time points matched again (roughly 20 minutes to get to the kiosk/to get my order once placed) on my second visit, near the end of a Friday lunch rush. 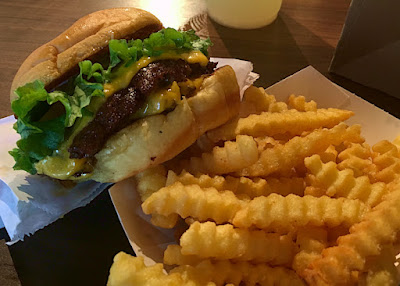 So what of the vaunted ShackBurger? Its closest doppelgangers in Columbus might reside with Preston's Burgers, which reside in the kitchens of the Woodland Tavern and Backyard properties. The Shake Shack burger seems slightly smaller than Preston's offerings, but it also comes in at a slightly lower price. Both are quite delicious, so if you're choosing between the two, it's mostly going to come down to both environment (modern suburban mall for the Easton location vs. neighborhood brewpub) and preference (a buzz-filled hip national chain vs. the less frilly local yokels.)

Fries here are of the crinkle-cut variety: they're slightly better than average, but not mandatory. I'd consider substituting a shake here on future visits. Speaking of the shakes, if their specialty Black Sesame shake is any indication, Shake Shack's versions are among the most thick and tasty around. The shake was delicious as my Chicken Nuggets were disposable (the crunch and taste were fine, but the portion was small; give me a Raising Cane's 3-Finger Combo instead). 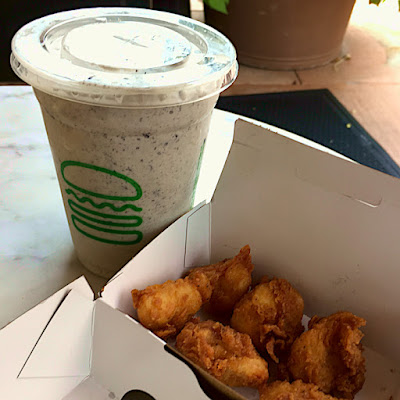 Price is also a consideration: during my second visit, I realized how much of a small fortune a family of four had to lay out for a complete meal. Obviously, if you can afford it, who am I to argue? But if pocketbook considerations are foremost and a buzzy burger joint is a must, Swensons might be the better bet (I would say the same about In 'N Out if they ever moved to the Buckeye State.)


So will I be syncing with the Shack in the future? Sure, and I think it will still be in exploration mode. Shake Shack is known for its community-geared side items, and for Columbus, the Pie Oh My concrete, consisting of vanilla custard blended with seasonal pie pieces from local coffee/bakery hotbed Fox in the Snow (five percent of sale proceeds go toward the non-profit Gleaners Community Food Bank.) sounds positively divine.

Or perhaps it resides in the Chick'n Shack, a sandwich which some claim is better than the much ballyhooed Popeye's Spicy Chicken Sandwich which raised a ruckus during the summer months. Perhaps when Popeye's somehow finds enough buns to make these sandwiches again, a crawl might be in order.