Brimful of Dishes on the Northwest Side 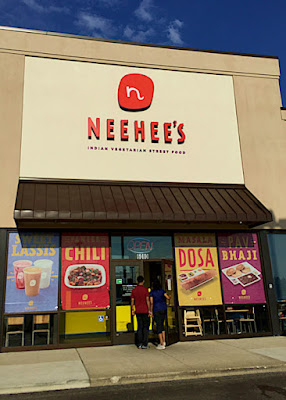 The regional cuisines of India were, through circumstance, not something I explored a lot while living in the Bay Area. That changed for the better when I moved to Central Ohio, where the dishes of the numerous Indian restaurants here have quickly become favorites for me and my spouse.

For the most part, the Indian restaurants here, from basic curry joints to more fancy establishments and most recently Indian-fusion places (Indian-themed bowls, wraps and salads from places like Curry Up in the Sawmill area and Lewis Center's Rollz Rice) aren't chains. The Indian-fusion chain restaurant actually has become a more prevalent sight around the US as noted in this May 2016 Eater.com article, but Columbus's biggest Indian chain arrival decidedly does not follow that fusion route in the Michigan-based Neehee's. 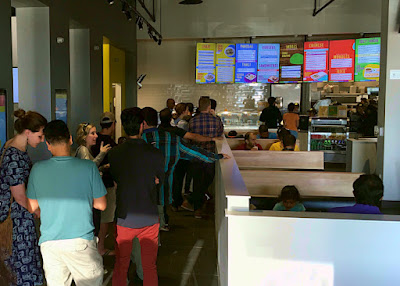 Owned by the Patel Family, Neehee's (which is a mash up of the owners' daughters names) opened up their first standalone restaurant in 2009 in Canton. Their Columbus location, located in an area with its fair share of Indian restaurants, is the company's third and the first in a wave of expansion of locations to surrounding Midwest states. 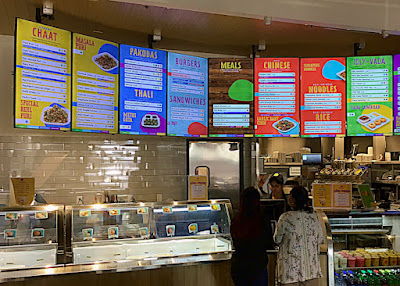 Neehee's uniqueness is pretty evident from the beginning. Its roughly 140-item menu (all easily scrolled through via large interactive screens as you come in) focuses on vegetarian and vegan street food specialties - even the "Burgers" are centered around a Vada (a potato fritter) as the patty.  Add in the ice cream counter, and you have a place that acts as something of a one-stop shop for the diner. For me, it reminds me a bit if you plopped a bit of Dosa Corner, Layla's Kitchen, and Mardi Gras Ice Cream into a brightly-decorated, electronically-enhanced warehouse-sized space. 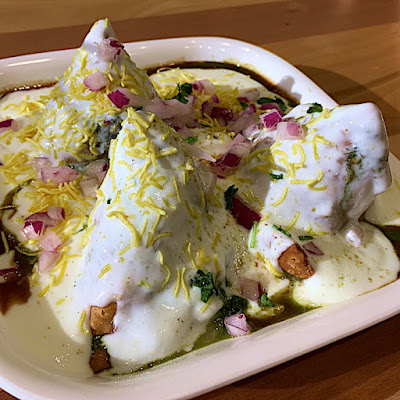 The service has been efficient on all our visits, with dishes like their chaat snacks, the Desi-Indian dishes like their Garlic Babycorn, and the signature dosas and chutneys coming out in fairly quick fashion. Prices are very reasonable as well, with most dishes coming in at $10 or less. 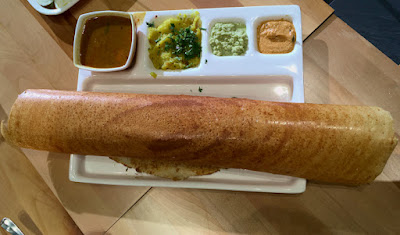 Their take on Pista Kesar ice cream was pretty good, but I must say their version falls just a touch short of the version that Mardi Gras on Hard Road produces. 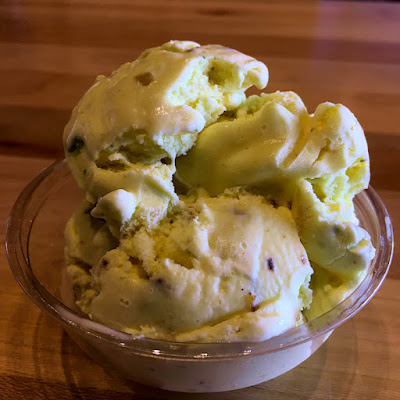 Neehee's philosophy has been to make prudent substitutions as needed (like trading butter for oil and lowering the heat levels) for more accessible yet otherwise traditional dishes. We thought this might be a good place for those reluctant to sample the cuisine to give it a test run, and our instincts were spot on - a story in IndianScene.com earlier this year noted that almost sixty percent of the restaurant's customer base is non-Indian.

The large space makes Neehee's a better bet than most to handle a large group of folks on short notice. And for vegan and vegetarian folks (or even folks like us who are trying to incorporate more vegetables in the diet), this eatery offers a very much appreciated and reliable option. 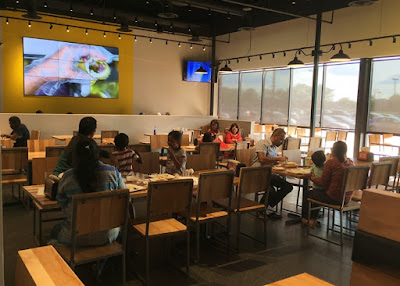 These first few visits to Neehee's will not be our last, but it may be a little time until our next visit. After all, we do love our spicy heat, and there are plenty of Indian restaurant riches in the metro that we would love to revisit or sample for the first time. I'm pretty confident, however, this location will be drawing in the customers just like the Patel family's original corner shop which preceded Neehee's itself, which cranked out samosas and squeezed sugar cane juice to an ever-increasing customer base.