Stuck in the Middle With You: Keystone State Travels

Leaving Pittsburgh and traveling eastward through Pennsylvania, we firmly had several National Parks in our sights as our main destinations. When it comes to the United States, the amount of and virtual age of this history tends to grow as you trek toward the Atlantic Ocean.

On this trip, we ended up spanning the historical timeline, from an unexpected find related to a conflict barely covered in the lower grade levels (the French-Indian War) to an event which has become a modern time "Day of Infamy" in the terrorist attacks of 09/11/2001.

Viewing nature's beauty was also prime on the docket, as we dropped by a state park with plenty of outdoor charms and a world-renowned architectural work whose best quality just might lie in how it blends in with the natural flora and fauna surrounding it.

Everyone needs a little curveball to break up the routine, and for us, that came in the form of a minor league baseball game and craft beer on an evening which scared away many due to the weather.

Travel along the Lincoln Highway (which has more or less transformed into US Route 30) in Pennsylvania's gorgeous countryside long enough, and you might actually not miss the several dozen minutes in travel time you'd save by opting for the Pennsylvania Turnpike (the savings in tolls also helps with this feeling also.)  This pastoral setting provides a somewhat disquieting backdrop for the Flight 93 National Memorial, located just outside the town of Shanksville. 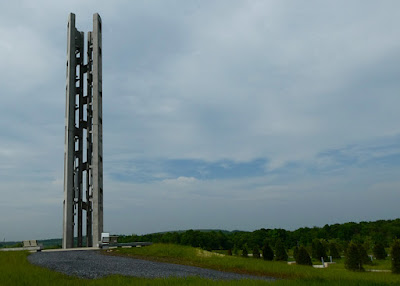 Hovering over the horizon, the yet to be completed “Tower of Voices” wind chime/Memorial structure provides a stark contrast to its surroundings as you enter the facility. Farther in, the Visitors Center offers similar sharp edifices and muted colors, including a walkway that offers up a basic timeline of events, leading into the main space with a more in-depth look of that day’s events, including that day’s media broadcasts and in-depth looks at the forty passengers and crew of the doomed airliner whose collective bravery cannot be denied. 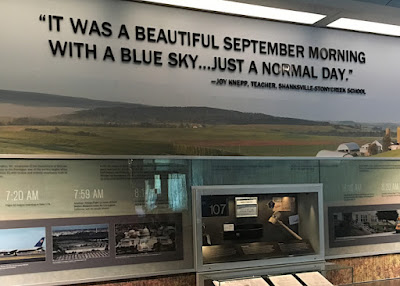 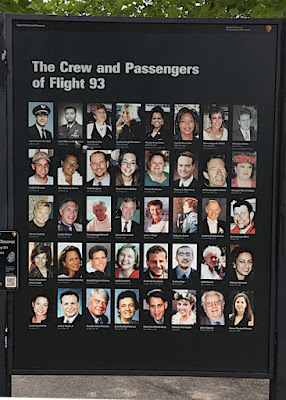 Eventually, we made our way to the field where Flight 93 came crashing to the ground, seen below from the Visitors Center. Aside from the constructs to make this site accessible to the public and to further inform/memorialize the victims, the most striking thing on this otherwise calm day was nature's accompanying soundtrack - birds singing, grasses rustling, and valley breezes lightly whooshing by your ears. These sounds are barely noticeable most times, but here they are inescapable as you contemplate the weighty events which took place that day, and how things could've been even that much more horrifying had Flight 93's journey not been cut short.

Cruising further southeast, Gettysburg National Military Park offers an in-depth perspective on what is widely acknowledged to be the pivotal battle in this nation's Civil War. As we found out, this depth was far too much to take in in a mere couple hours, so for now this destination currently rates as an "incomplete" on our rating list. 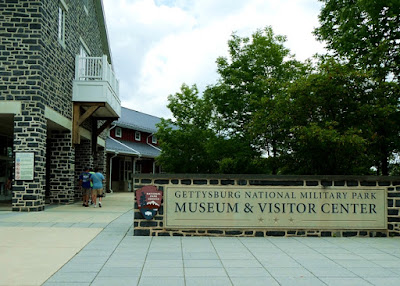 Everybody who doesn't want a simple dip of their toes into the history of this battle should plan at minimum a half-day's worth of time. Available tours are wide-ranging, both self-guided (both by auto and bicycle) and guide-related (tour bus or someone who will drive your vehicle to the various sites.) The latter option, perhaps more than most sites, offers a huge advantage - there are literally hundreds of monuments and other battle-related sites strewn through the area which would be better understood with some added context. And of course, there is the Visitor Center itself, with its museum and a specially made film on the subject, narrated by actor Morgan Freeman.  As it was, we made the most of our couple hours touring and reached most of the important sites and monuments, but we've already got a future to be determined return visit in mind. 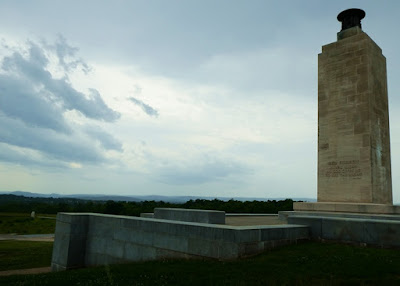 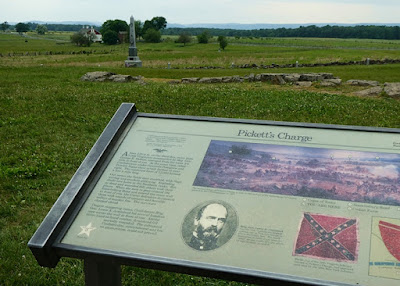 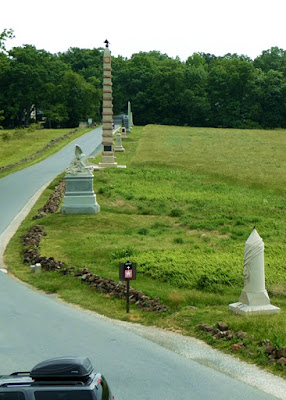 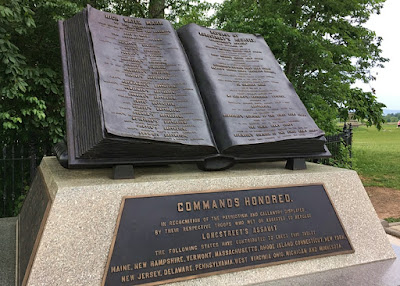 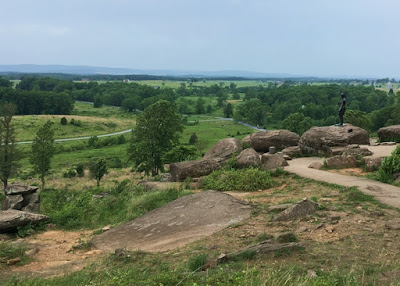 No one should be surprised that the town of Gettysburg itself has catered itself to the tourists. The Blue and Gray Bar and Grill is a prime example of that, with a menu that uses Civil War generals in reference to their burgers. Thankfully, the actual creations disproved any notion that this was a mere gimmick, with the General Hancock (Chipotle-garlic rubbed beef grilled with Pepper Jack cheese, avocado, and Cilantro Lime Aioli) edging out the General Heth (it was fine, but we wished this one packed more apple punch from its bourbon-glazed apples.) 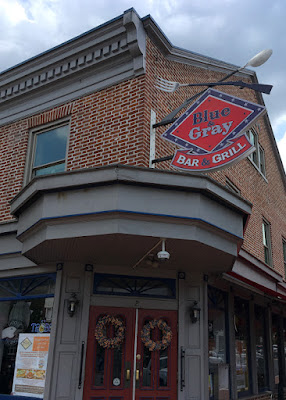 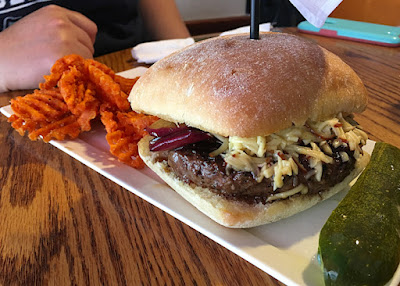 Traipsing to the eastern side of the state, Valley Forge National Historical Park offers more of a longer-term snapshot of what the area looked like and how it was functioning when General George Washington decided to house his army during the winter of 1777-78. We learned that Washington chose the area around Valley Forge because it was easily defensible, but was within one day’s march of what was then the British-held Colonial capital of Philadelphia. It was also here where Prussian General Baron Von Steuben molded Washington's undisciplined troops into a credible fighting force. 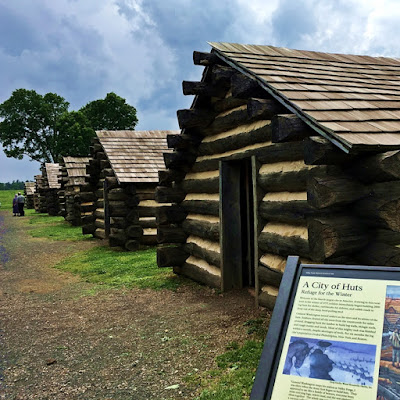 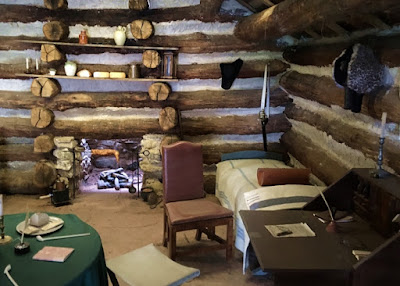 Associated monuments and sites related to Valley Forge are a bit more scattered and lesser in number than Gettysburg, but the history is no less interesting. These sites include Washington’s Headquarters (the army rented the property from a relative of Isaac Potts, who had assisted the Continental Army with forged metal implements before the British burned his facility down late in 1777), the National Memorial Arch and Patriots of African Descent monuments, and the Washington Memorial Chapel, built in 1903 and housing a Veterans Wall of Honor and the Justice Bell, used in the campaign for women’s voting rights. 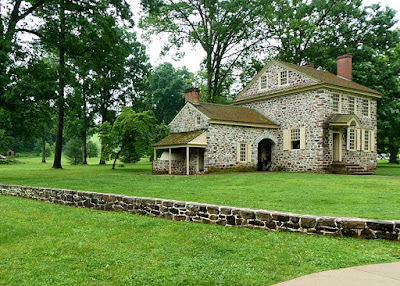 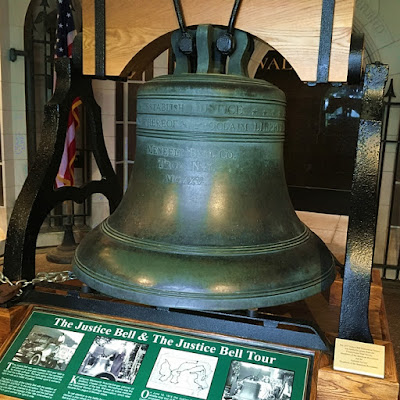 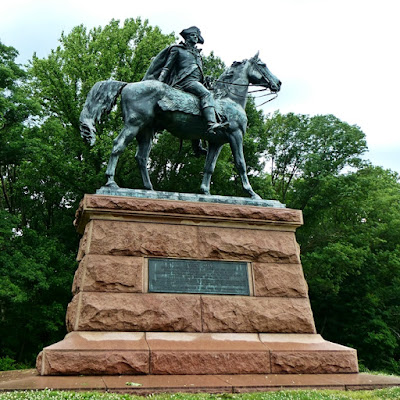 Unknown to us prior to our travels, Fort Necessity (located in the southwestern portion of the state) offers up two unique attributes - a look at a lesser known conflict in the French-Indian War and an instance where George Washington was outfoxed both in logistics and situation (the French general, knowing that most of his army would be leaving the next morning, negotiated very favorable surrender terms from Washington.) The fort itself is a replica, but is worth visiting to gain a further perspective on those previously mentioned logistics, which made the structure vulnerable to attacks from forces who decided to lay back in the surrounding tree line. 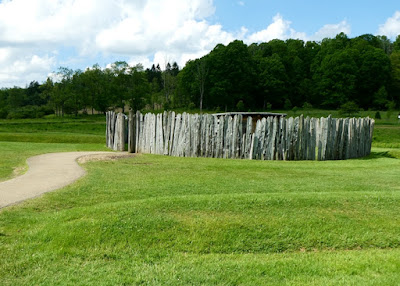 Recreation is the calling card of nearby Ohiopyle State Park, which offers up a blend of trails and family-friendly natural features. On our visit, the Natural Water Slides didn't fit into our schedule, but a couple dozen minutes beautiful Cucumber Falls, a place that would remind many Ohioans of some of the waterfall/cave combos in the Hocking Hills, certainly made up for that. 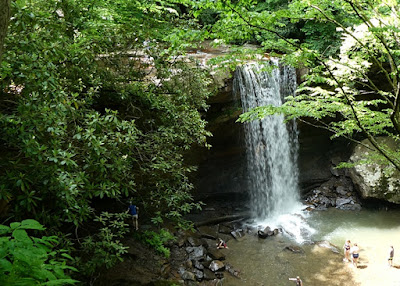 Renowned architecture also resides in the Ohiopyle area in the form of two homes designed by Frank Lloyd Wright. The more sublime Kentuck Knob represents Wright's Usonian style (meant to be affordable for the average American) and is open for tours. However, if you had time for only one home, Fallingwater is definitely the more eye-catching destination. 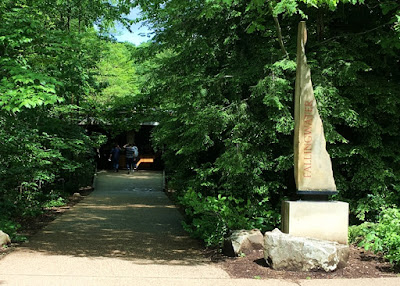 In contrast to the last houses we’ve visited (Hearst Castle and The Winchester House, whose appeal lies in their grandiose and over-the-top nature), Fallingwater’s beauty lies in how seamlessly it blends with the surrounding nature, an aspect that also applies to Kentuck Knob and many of the famed architect's properties. In fact, one actually doesn't get an idea of how deep the house goes back into its surroundings until you’re standing right next to it.  Once inside, the house itself focuses the visitor's visions towards what lies outdoors. As beautiful as the structure which makes up Fallingwater is, it wouldn't be the gem it is without the signature waterfall and the accompanying flora and fauna. 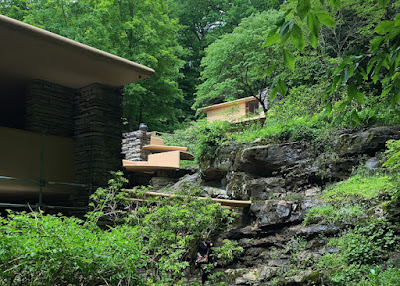 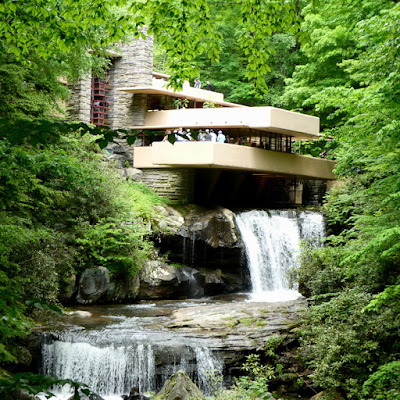 Perhaps baseball seems out of theme with every thing else that's been mentioned here, but for us i provided a lovely change of pace. The Double-A affiliate of the Washington Nationals, the Harrisburg Senators offer up a perfectly enjoyable ball park experience at FNB Field, which is situated on an island in the middle of the Susquehanna River.  On the night we visited, only the hardcore fans were in attendance, as a fairly vigorous line of storms delayed the start of the game for an hour-and-a-half.  The delay proved to be a bonus for us, as it allowed us to make a quick trip to 1990's era brewpub Lancaster Brewing Company for a couple of beers, including one of the better Peanut Butter brews we've had recently. 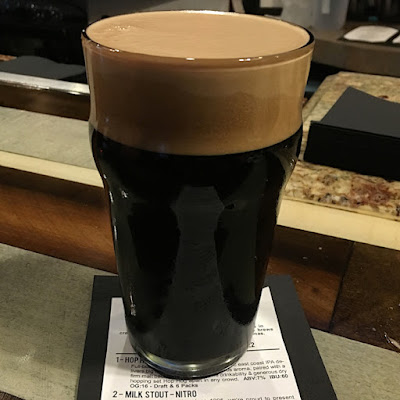 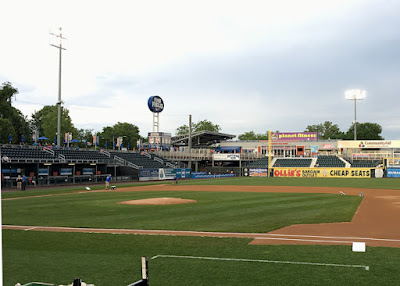 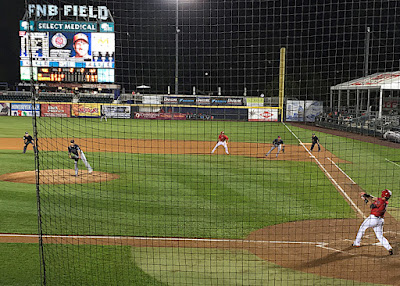