Give Me Broccoli Rabe, or Give Me Death: 48 Hours in Philly

Granted, I have not visited all the big metro cities on the East Coast yet. But in terms of feel and bustling energy that only a big city has, Philadelphia feels the most like San Francisco to me, with a little more age and space added in, not to mention a couple dozen or three Halal-style food carts scattered throughout the City Center area.

A mere two days really isn’t enough to absorb a city the size of Philly, but it is enough to lend impressions like these, and enough to make you anticipate when you might be able to squeeze in another trip in the future. 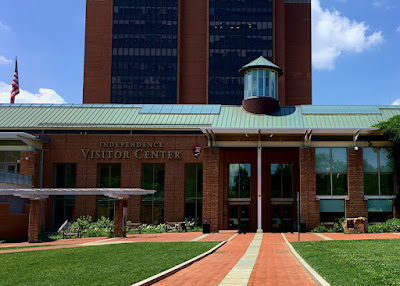 Naturally, history is a humongous draw in a city where much of the notion of this nation was developed. Independence National Historical Park contains a wide-ranging array of both the familiar (The Liberty Bell and Independence Hall, where the country’s founders worked out the Declaration of Independence from Britain) and not so well-known (such as City Tavern, which was rebuilt during the bicentennial year of 1976 based on the original 1773-era structure) once the center of finance for the city, and New Hall Military Museum, which documents the history of this country’s armed forces.) 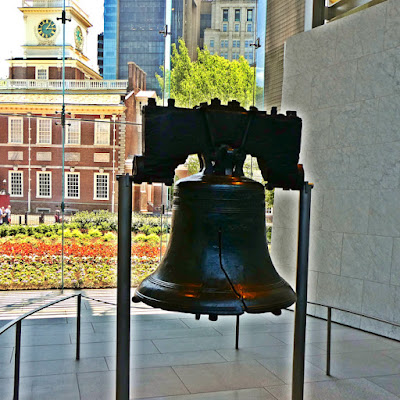 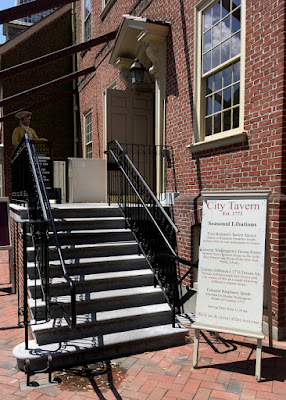 Going at the optimum time for the most popular sites can be a bit of a crapshoot, especially with the park’s boundaries extending for several blocks in two different directions. On our visit, we found that the school student rush (there were thousands of kids from all over the country on the day of our visit) on the Liberty Bell had abated by lunch. Also, while timed morning and early afternoon tickets for Independence Hall tours go early, an informal first come-first served queue starts up in the afternoon and runs until normal park closure hours. 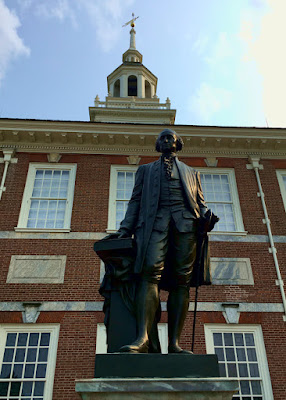 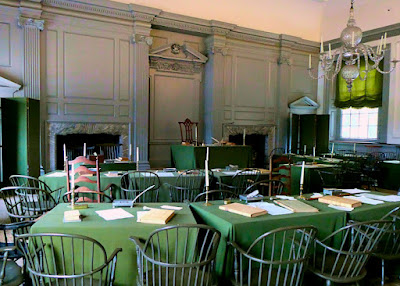 What one notices as you wander is the number of privately-owned museums and sites with their particular take on the area’s history. We decided on a whim on the National Constitution Center, touted as a non-partisan and nonprofit organization focusing on all things related to this country’s Constitution. While the Constitution and other famed historical documents are not located in this space (that honor belongs to the National Archives in Washington, DC) several historically significant copies can be found here. In addition, numerous exhibits (including the issue of slavery and the A-number-one Founding Father of the moment, Alexander Hamilton) and a highly interactive second floor section that allows you to compare and contrast past presidents, check out your voter eligibility in this country by era (a very sadly telling exercise for us), pose at a mock White House podium, and a whole lot more. 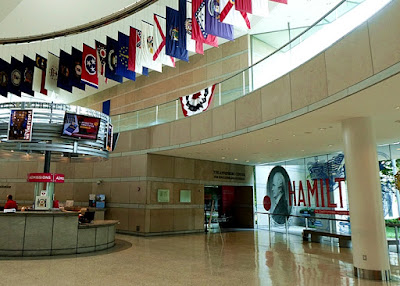 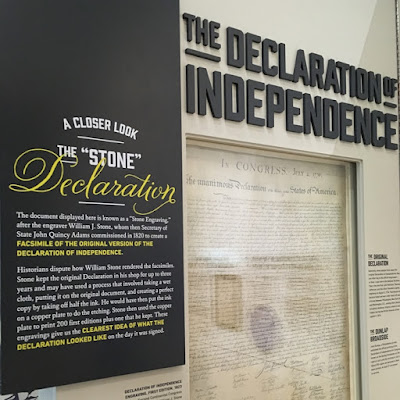 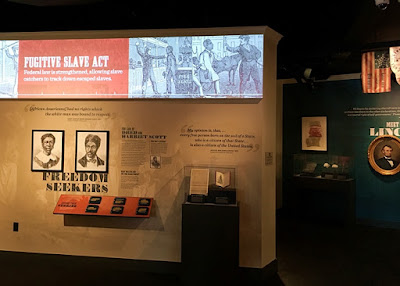 A bucket list place for my spouse proved to be one of the more unique places we’ve visited anywhere. The Mütter Museum, operated by the The College of Physicians, provides a plethora of medical oddities that will fascinate almost anyone with an interest in how their body works. If nothing else, the sheer number of specimens clearly shows visitors not only how intricate and resilient the human body truly is, but also how damaging various maladies can be. Due to the personal nature of the exhibits, photography is not allowed inside the main exhibit space (there are a select number of photo-allowed exhibits in the lobby area) but in a museum like this, your focus should be with your own eyes, not behind the viewfinder. 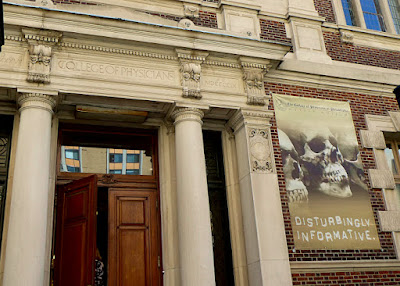 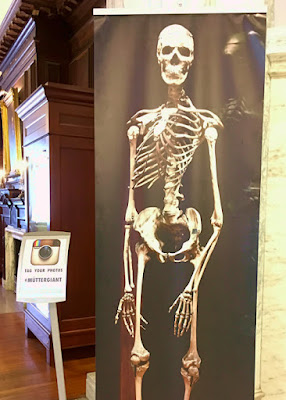 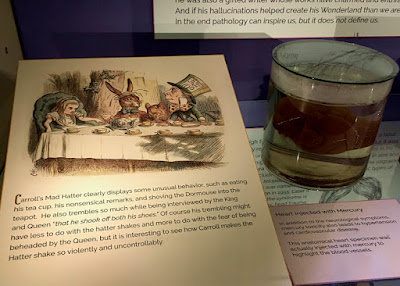 Returning to the Independence Mall area, The Bourse Building, established in 1895 as one of the nation’s first commodity markets, doesn’t stand out necessarily compared to the older structures surrounding it. Walk inside, however, and you’re introduced to a magnificent atrium with a one of the most diverse, locally-based food courts you'll find for miles around. Despite the multiplicity of choices, we had our mind set on the Filipino-based La Lo, which appeared to our surprise on a Yelp search on nearby places to eat. The menu here at La Lo isn't large, but it has all the basics and, in our case, prepared quite tastily, with my spouse's Lechon Kawali paired with a Calamansi Lime Juice or my Bas-Ka-Bob served over rice with a San Miguel Lager. 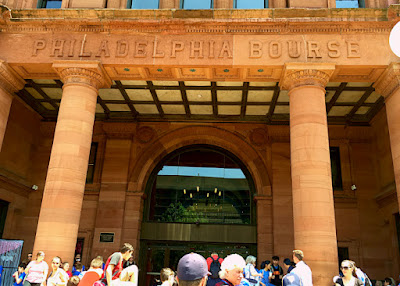 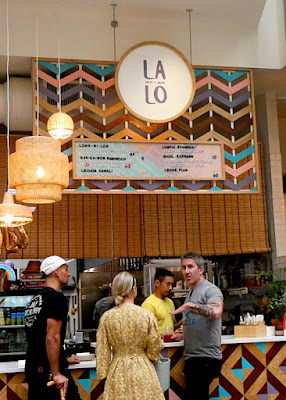 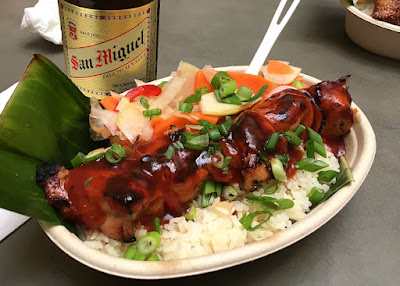 Resisting the power of choice proved impossible at another area food destination. The Reading Terminal Market dates back to 1893 when the Philadelphia and Reading Railroad agreed to house several nearby markets inside their new train terminal when those market merchants refused to depart despite the railroad's purchase of the block. Generally speaking, as first timers here, we went with the flow of what looked good (Reading Terminal features around 80 vendors), but we had one item specifically in mind in Philly’s lesser known but possibly more tasty sandwich in the Roast Pork with Broccoli Rabe. 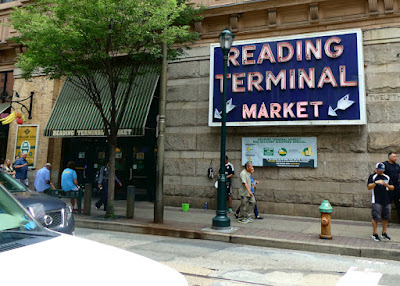 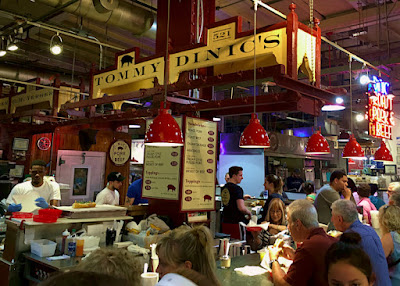 In DiNic’s, we got one very tasty reference point related to this treat. Dating back to 1977, but with a family history that goes back to 1918, DiNic’s showed they were pros at knocking out their sandwiches in quick order. This was easily one of the tastiest food items we’ve had in a long time, but I imagine just like Philly Cheesesteak, we’ll probably hear a couple of “well, you've gotta’ try (insert their favorite eatery)'s version next time around.” We’re definitely all ears on that. 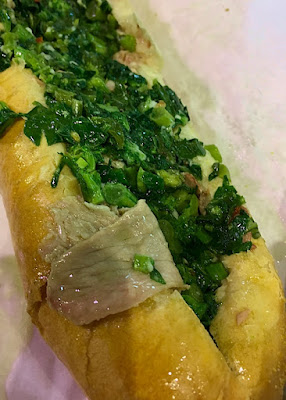 Other gets were more in the “what can we get without getting too overly stuffed” mindset. A soft pretzel (another Philly specialty) from Miller’s Twist? Why not? Some Syrian sweet treats from one of the day stall vendors, Amina's Syrian Foods? Hell, yes! And some tart, delicious juice drinks from Kamal’s. Perfect cool down refreshment. And similar to the best markets we’ve been to (like Cleveland’s West Side Market and San Francisco’s Ferry Building during Farmers Market Day on Saturday), we’ve just barely scratched the culinary crust here. 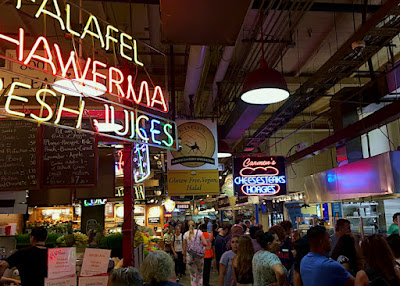 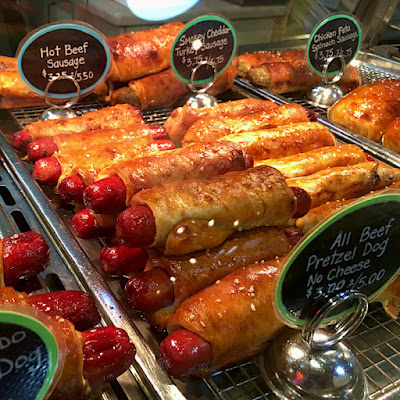 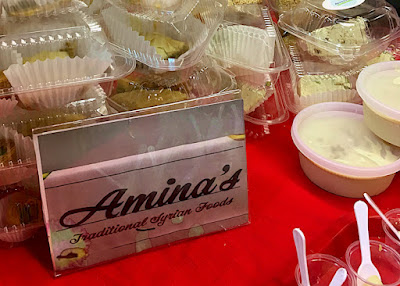 Residing inside what something of a Halal eatery corridor near the University City neighborhood (we spotted a Lebanese Bakery, a Halal Market and Restaurant three different Ethiopian Restaurants in the surrounding area), Jezabel's Cafe is a bit of a change of pace from that general vibe, offering up a cozy space for coffee, empanadas, and other Argentine small bites. As it turns out, owner Jezabel Careaga is quite multi-talented, not only designing the space for the cafe but also knocking out the studio next door, which is used for cooking classes and other creative pursuits. It proved to be the perfect spot for a leisurely light bite and caffeination before more exploration of the area. 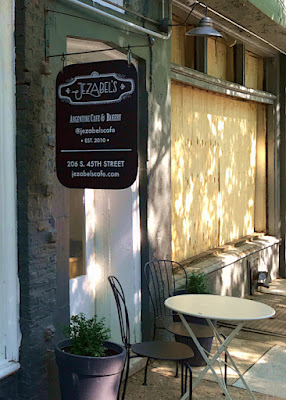 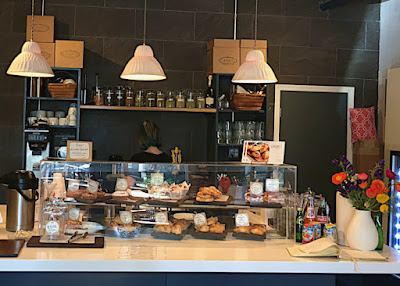 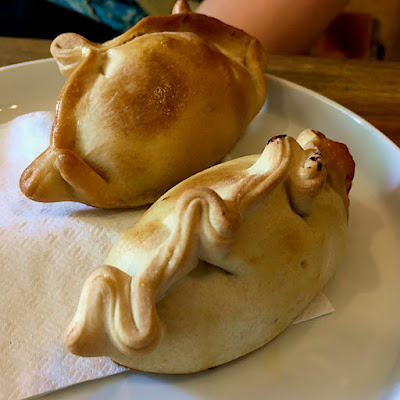 Sadly, our visit had to end far quicker than we wanted, so we decided to finish it up with a combo of craft beer and camaraderie at Yards Brewing. Situated fairly uniquely in a Target shopping center complex in the Northern Liberties neighborhood, Yards represents the old-guard of the craft beer scene in the area, growing from a garage-sized space in 1995 to become the largest brewing operating within city limits. The brews offered, including the unique "Ales of the Revolution" series (brewed with ingredients commonly available to the country's Founding Fathers) are probably not going to thrill folks going for the whales, but they do hold appeal for the masses. Add in tasty, generous food options and an appealing, roomy interior, and you've got a place that will draw its share of locals and visitors alike. 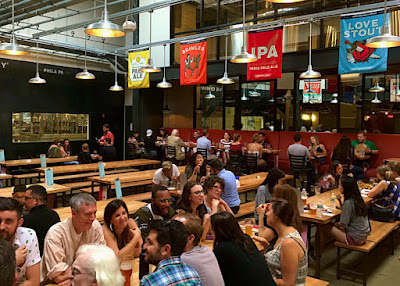 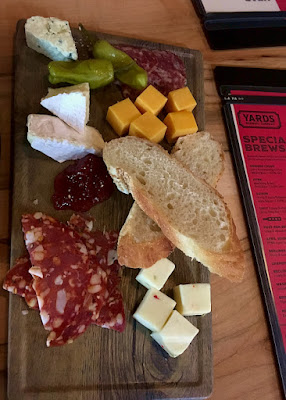 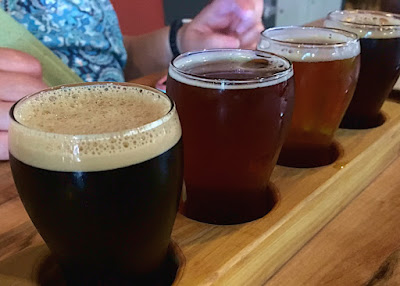