Perhaps one of the more underrated inspirations behind our travels (and, by default, this blog) has been our increasing pursuit of antiques and any far-flung shops we can find. As we've discovered, Ohio has plenty of fun such shops scattered within its borders, and that fact has in the past couple months taken us to both sides of the Columbus metro on Interstate 70 (Dayton/Springfield and Cambridge) and to the southeast along US 33 (Lancaster, Logan and Athens.)

Well, similar to our I-70 travels, we decided US 33 was worth a drive up to the northwest side of the state with antique stores in Delphos and Van Wert turning out to be pleasing looks into days gone by. We've also found nothing quite closes out a day of antique-seeking like a few good brews, and these travels allowed us to visit two of the more remote of Ohio's ever-growing collection of craft breweries. 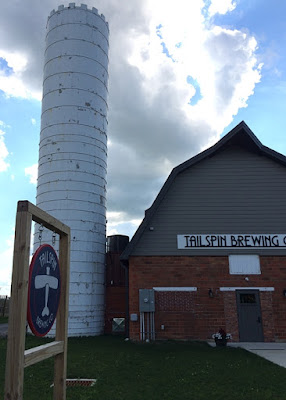 Some of our most fun visits to breweries have been to those which have re-purposed historically interesting buildings (such as Mansfield's Phoenix Brewing, the former home of the Charles Schroer Mortuary).  For Coldwater's Tailspin Brewing, the building's former life as a dairy facility has been kept to great effect.

Opened by owner/brewer Jack Waite in June 2016, Tailspin proudly touts itself as a Veteran-owned enterprise, with Waite having served in the Air Force for over 20 years. Emblems for the four major U.S. military services can be spotted in the building's renovated interior, along with plenty of wood paneling and the usual trappings of a taproom. 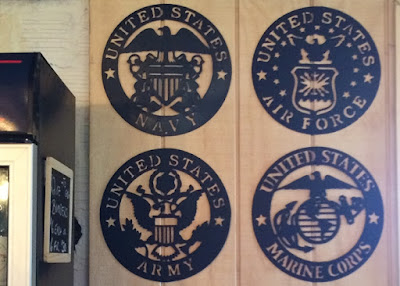 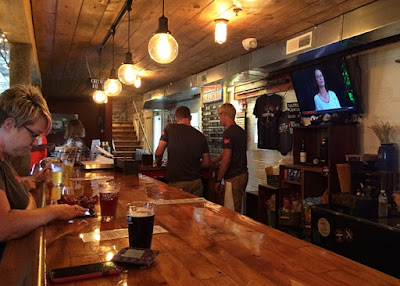 Tailspin's building sports a second level, which contains an outdoor deck as well as an interior performance space. Prep work for that night's musical entertainment was in progress when I peeked upstairs on this day. 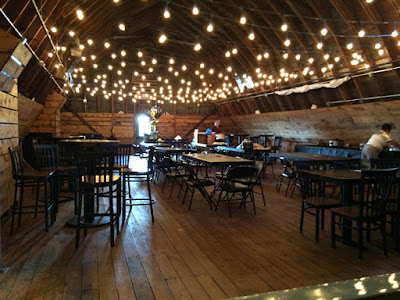 Snacks generally provide your only in-house food option at this nanobrewery (for larger groups, the big bag of chips and tub of dip for $8 total might be your best bet), but a special treat is occasionally available in the form of Baked Brews breads, which uses the brewery's own spent grains for delicious-sounding artisan loaves. 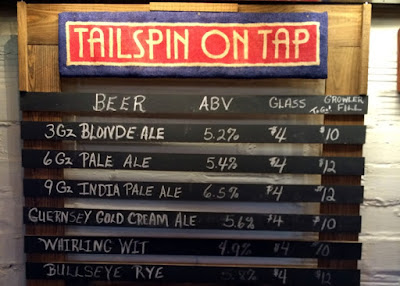 Unsurprisingly, Tailspin's beer names generally revolve around a flying theme, including various "G"-levels of pale ales, a Night Flight Vanilla Porter, and their new raspberry-infused Berry Bomber; we went ahead and ordered flights catered to our individual taste preferences.

We have started to temper our expectations when we're visiting the smaller, more far-flung breweries, based on some of our own recent visits. With that said, we are pleased to say that Tailspin's brews are pretty much spot on, solidly drinkable and quite pleasing. My favorite beer turned out to be that Berry Bomber as well as Uncle Gus' Milk Stout, which has a bit more malt bite and less sweetness than others I've tried (and I do generally enjoy the sweeter renditions.) Meanwhile, my hop-loving spouse found something to like about all the G-variations of pale ales. 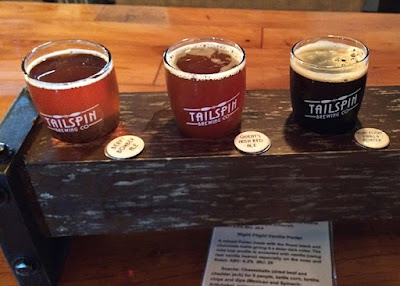 With the friendly bar staff, general overall feel, and really reasonable prices for well-brewed beer ($4 for a pint), this place reminded us a lot of Heath's Homestead Brewing, a place that has really upped its game over the past couple years. If you ever find yourself in Coldwater, Tailspin is definitely worth taxiing your car into its parking lot for a pint or two.

Meanwhile, just eight miles as the crow flies from Tailspin, we dropped by another Ohio brewery that has started to make its presence felt in Columbus in the form of the Moeller Brew Barn. 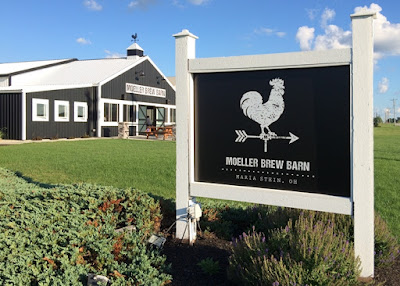 Reflecting the German Catholics who settled there throughout the 1800s, Maria Stein is the center of a region dubbed "The Land of Cross-Tipped Churches" as well as home of the Shrine of Holy Relics, which houses over 1,100 such relics and has been listed on the National Register of Historic Places. It is in this landscape where Moeller Brew Barn opened its doors to the public in late 2015. 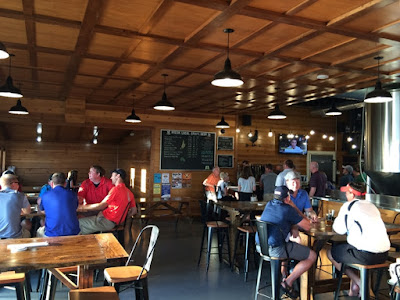 Founder Nick Moeller himself has roots that tie him to the military (he worked on Naval submarines), craft beer (his work took him to one of the craft beer meccas in the U.S. in San Diego) and Central Ohio (as a graduate of The Ohio State University.)

Unlike our previous visit at Tailspin, the taproom at Moeller was as sleek as the modern-era country music streaming strongly from the interior speakers. You need only wander to the outside patio, however, and scan the sights and smells of the surrounding agriculture to remind yourself that this taproom is a true, out-in-the-countryside experience. 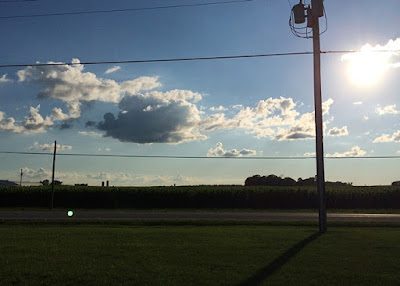 In-house food options here at Moeller lie in the appetizer category, including their own in-house Beer Cheese and Bread made with their Frogtown IPA and OH Helles brews, respectively.  Food trucks make a weekly appearance during the summer and fall season, and guests are always welcome to bring in their own food (we found quite a few guests hauling pizza boxes inside the premises.) 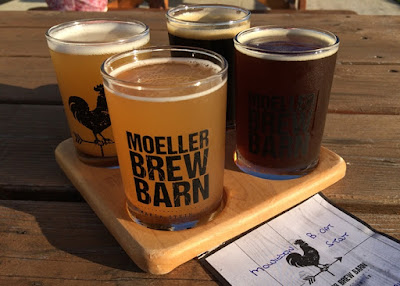 Befitting the customer base, the Brew Barn's craft beer selections also lean more both toward the affordable as well as the easily drinkable, with most brews coming in right around 5.0% ABV. Our favorite of these particular brews turned out to be the Moweizen, their variation on a Hefeweizen. We also saw what they could do with more potency in their Frogtown IPA, an enjoyable brew which was one of the more piney and resin-forward such beers we've had in awhile.

Finally, we were quite happy to find that their Baked Oatmeal Stout had a much better mouthfeel than the somewhat meh canned edition we had sampled several months ago,  In fact, we thought to ourselves that this brew would be pack even more of a delicious punch if it were served up on nitro. 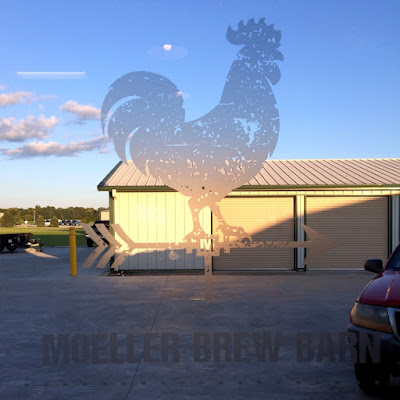