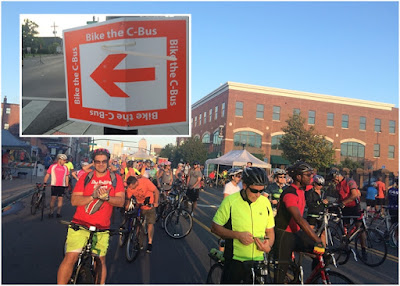 Now in its eighth year, the Bike The C-Bus citywide bike tour, organized by local bicycling advocacy group Yay Bikes!, offers people of all levels and abilities an organized group ride that takes them through much of the Columbus metro area. While our amount of bicycling this year has not been up to our liking due to numerous factors, my spouse and I couldn't resist taking the two-wheeled tour of the area on this Labor Day weekend.

As it turned out, the roughly 560 riders who attended this year's well-organized event (along with the regular roughly 30-mile ride around the metro, 60 participants rode in the event's first ever metric century ride) were in high spirits on what was a very warm and humid, but otherwise perfect, day for a jaunt around the metro. 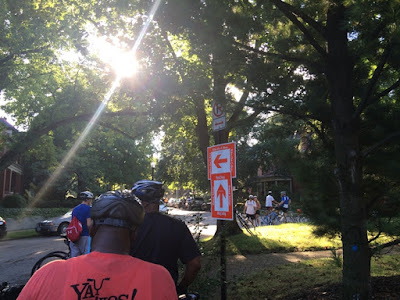 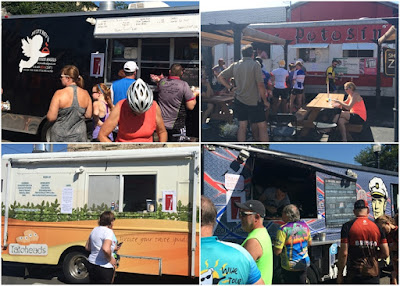 Overall, we had a great time cruising through the city on this first ever Bike the C-Bus tour for us. The folks at Yay Bikes! and the event volunteers did a wonderful job of making this ride run smoothly, and there was a generally friendly vibe among both the riders and neighborhood residents, who often gave us a friendly wave or greeting as we rode by. To that end, I personally would also like to give a big thank you shout out to those who checked on my spouse, who determined last minute that she was not going to be able to make a red light on an uphill section of road and ended up taking a tumble trying to stop her bike. We are both happy to report that she came out of this fall with only a couple of minor bruises.