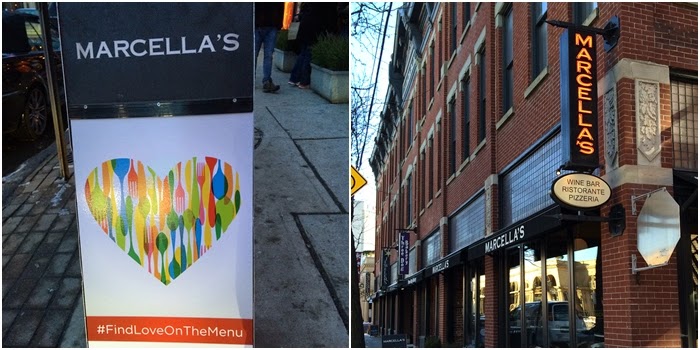 I found it a little surprising that after nearly ten months of posts, I haven't had the chance to write on a restaurant owned by ubiquitous local restaurant maven Cameron Mitchell.

It's not like I haven't been to any of their locations yet, nor have there been any that I'm not eager or willing to try. I think it's really the sheer number of restaurants under the Cameron Mitchell fold that makes it tough to get a true feel about a place through multiple visits. Suffice it to say, similar Bay Area restaurant mavens like Thomas Keller, Cindy Pawlcyn and Dennis Leary have nothing on Mitchell in regard to raw numbers of restaurants. At last count, there were fourteen locally-based locations under twelve different concepts. And there are more on the way, with the second location of Hudson 29 due to open in New Albany this spring.

Interestingly, my last visit to a Mitchell-owned restaurant told my spouse and I what we needed to know in one single visit. Marcella's Ristorante, which opened up in both Polaris and the Short North areas of the metro in 2007, is geared toward casual Italian eats and small plates. And based on our experience, the latter is a perfect way to experience this eatery, and preferably with a lot of friends in tow.

The place was slammed on our visit, not surprising with its location in the destination neighborhood of the Short North and relative proximity to the Columbus Convention Center. Moving around the space during this time was a bit of a swerve and dive with both patrons and service personnel; it seemed a lot more people can squeeze within Marcella's smartly appointed interior than one would think could fit. With the large number of people and background music, it was fairly loud but not quite to the level of deafening. 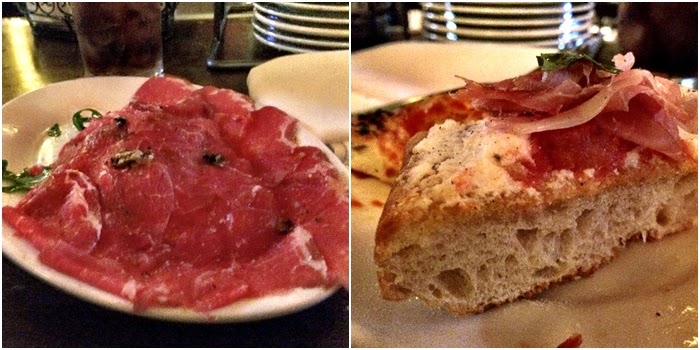 Our horde grabbed a selection of appetizers and a pepperoni pizza and this proved to be perfect for both filling up our bellies and allowing casual chatting. While wine is the main beverage focus, cocktails and some select craft beer, including Ohio-based Great Lakes and Four String, are available. Everything we had was quite good, with perhaps the group favorites being the Melted Pecorino appetizer with apples and truffle honey and the Arancini.

The staff of Marcella's appeared to be veterans at handling the crowds: food came out in fairly quick order, and beverages and empty plates were tended to as one would expect on a normal day.

Perhaps on a slower day my spouse and I might actually come in for a more relaxed experience to enjoy some of their entree offerings. Or perhaps we will go back and enjoy the small plates/appetizer side of the menu again; after all, we figured out that Marcella's does this quite well.